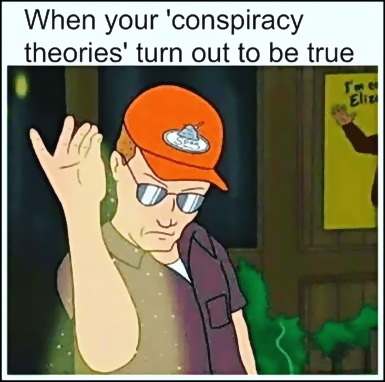 DAILY MAIL: Now New York Gov. Kathy Hochul plans to BAN gas stoves in new homes and commercial buildings by the end of the decade – to the fury of residents 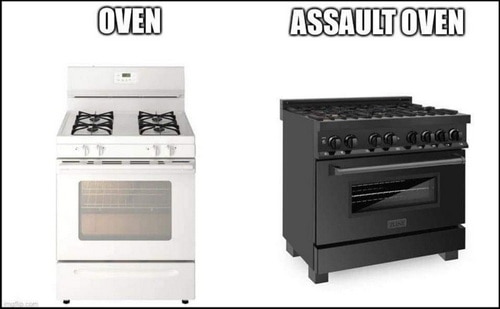 A WALTER WILLIAMS column many years ago:

Without any real evidence, Mrs. Obama has claimed that poor Americans are trapped in what she calls “food deserts,” where they must apparently trudge for miles outside of their dismal neighborhoods to buy a piece of fruit or some celery sticks. According to Mrs. Obama, a food desert is an inner city without a grocery store. She envisioned spending millions of federal dollars to plant grocery stores in those blighted areas so the “poor” won’t have to buy food at mini-marts.

Secretary of Housing and Urban Development Shaun Donovan actually attended Al Sharpton’s National Action Network annual convention in April 2012. There he told an absurd story about how Barack Obama, who attended Harvard University, knows what “it’s like to take a subway or a bus just to find a fresh piece of fruit in a grocery store.” No fruit at Harvard?

The story may be ridiculous, but Michelle Obama was dead serious about extorting $400 million from American taxpayers to solve the nonexistent problem of food deserts.

In reality there are no such things as food deserts. Researcher Roland Sturm at the Rand Corporation studied food desert claims and found that individuals in urban areas can get any kind of food they want within a couple of miles. He suggested we call these areas “food swamps,” rather than food deserts.

The truth was exactly the opposite of Mrs. Obama’s claim, but hers satisfied the mind-set of the utopians, who believe they alone could solve problems that never existed. Mrs. Obama later began a second crusade to force restaurants and schools to serve “healthy” foods, ban “junk food,” and bully restaurants into serving smaller portions.

Michelle Obama worked in 2010 to get Congress to pass a nutri­tion bill that would give the Department of Agriculture new powers to regulate school lunches. The bill was passed in December of that year, and now that the regulations have gone into effect, it is having a devastating impact on students and their angry parents.

Under Department of Agriculture edicts, cinnamon rolls and chili are banned. School bands and groups can’t sell candy bars for fund-raising. The government is now mandating portion sizes, including how many tomatoes must go into a salad!

Children are permitted to refuse three items on a tray, but not fruits and vegetables. Of course, the Food Police can’t yet force them to eat their veggies, but it’s not far-fetched to think they might someday. After all, the Obamas have rammed through legislation that initially demanded that nuns buy insurance coverage for contraception and preg­nancy. Fortunately the Supreme Court ended that requirement in 2014.

The new federal guidelines, thanks to Michelle Obama, now limit caloric intake to between 750 and 850 a day for schoolchildren. Teenagers require between 2,000 and 3,000 calories a day to be healthy and grow, and high school athletes need up to 5,000 calories per day. In short, the First Lady is responsible for malnourishing kids through the school lunch program.

In 2006 the three-term mayor of New York City, Michael Bloomberg, decided to add the title “Food Police Chief’ to his list of duties in the Big Apple. That year, he banished trans fats from city restaurants and, in 2010, forced food manufacturers to alter their recipes to include less sodium. He failed, however, to remove salt shakers from the tables. Patrons who receive a dish of food at a New York restaurant that they deem not salty enough may still simply add salt.

In spring 2012 Bloomberg decided that New Yorkers had to be protected even more from themselves, so he issued an edict banning soft drinks larger than sixteen ounces. The ban applied to restaurants, movie theaters, stadiums, and arenas.

In August 2012 Bloomberg banned the distribution of baby formula in city hospitals unless it is medically necessary because he, a man, had decided that new mothers should always breast-feed regardless of their weight, professions, or other personal details. Free formula provided to mothers was also eliminated. Bloomberg determined that breast-feeding is best for children and that new mothers should not have a voice in the decision regardless of their circumstances. But Bloomberg did want women to have freedom of choice to kill their young before they are born. He was willing to give moms the option to abort their unborn babies, but not to feed formula to those who are living.

What is next for those like Obama and Bloomberg? Mandated cal­isthenics each morning at six? Currently the United States seems to be incubating and hatching utopian tyrants at an alarming rate.