The issue I see is almost a “pop” outrage. Democrats feel good in taking down something they put up in the 60’s as a middle-finger to the government telling them to desegregate. (Sort of like them getting rid of trans-fats after they replaced coconut oil and lard with it… they fix the problems they cause… decades later.)

I learned something during this whole thing. This is not the confederate flag. It is specifically Gen. Lee’s Battle Flag and was put up by a Dixiecrat. This Dixiecrat (Ernest Frederick “Fritz” Hollings served as a Democratic United States Senator from South Carolina from 1966 to 2005) stayed a Democrat till his dying day ~ like almost every Dixiecrat!

…I am personally glad for this “outbreak” of faux-concern because it allows for discussion of Democratic racist history and hands me opportunity to note campaigners of Hillary Clinton on stage with shirts sporting Che Guevara, a racist homophobe who killed blacks, homosexuals, banned rock music, engineers, priests etc… as well as Obama campaign offices with Che Guevara hanging on the wall behind them.

While Amazon and Wal-Mart took down the Stars and Bars, campaign pins for Clinton-Gore with the Battle Flag behing them -or- Hillary Clinton with the Battle Flag are for sale on eBay as well (below-left). I love it… it is a giant cesspool of leftist hypocrisy, and when I engage in conversation with people [beyond their bumper sticker beliefs that keep them warm-and-cozy in their political mirage… I get entire Starbucks soo quite you could hear a pin drop.

One girl was shuffling soo much as I pulled out a book that I purchased off of the Akiba bookstore of Trinity United Church of Christ (Obama’s church of twenty years) and read these two quotes [after clearly explaining where I bought the book to my two compatriots… this was the time no one in Starbucks was talking]:

➤ “White religionists are not capable of perceiving the blackness of God, because their satanic whiteness is a denial of the very essence of divinity. That is why whites are finding and will continue to find the black experience a disturbing reality” ~ James Cone, A Black Theology of Liberation, p.64

And then I read this one from Mein Kampf:

➤ “The personification of the devil as the symbol of all evil assumes the living shape of the Jew” ~ Adolf Hitler, Mein Kampf

The only noise I could hear is a young college student shuffling to my left. It was as if I was exorcising a demon from her as she was moving soo much after having her protected world inhabited by reality. 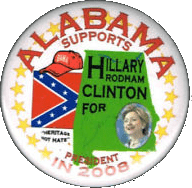 And this is the point a very left-leaning professor makes. To have people in the camp he is in merely label people as ~ sexist, intolerant, xenophobic, homophobic, Islamophobic, racist, bigoted ~ makes my job easier. Because one someone is labeled, the person doing the labeling stops learning, refuting, checking facts and history.

And I slice them up one side and down the other like the 1972 movie Shogun Assassin.

Keep this faux outrage coming, I love it. I wake up every morning and look in the mirror and say… proudly, “my party is the party of Lincoln… we set people free. The new plantation keeps them subservient.”

[Well, I don’t say that every morning… I just try to gauge if I am gonna take a dump before or after my cup of coffee.]