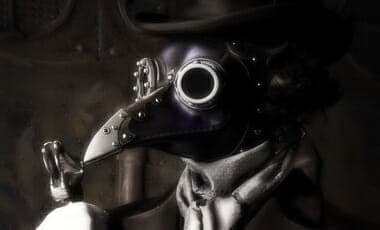 This is the general public (and many on FACEBOOK) believing these headline makers lock-stock-and-barrel (ROLL CAMERA PLEASE):

(If this does not play, WATCH IT ON YOUTUBE)

It’s a shame that CNN’s ratings are down 41%. What’s worse is there’s a simple solution that they refuse to accept. Stop Lying to try to make @realDonaldTrump look bad. https://t.co/O3XyWchsJh pic.twitter.com/BCUCxKnOvO

Mark Levin asks just how much our economy can take… why aren’t we attacking this thing like South Korea did? Tactfully.

Mark Levin reads from or touches on at least four articles linked below:

America should have followed the South Korea model, per, SCIENCE MAGAZINE:

…Amid these dire trends, South Korea has emerged as a sign of hope and a model to emulate. The country of 50 million appears to have greatly slowed its epidemic; it reported only 74 new cases today, down from 909 at its peak on 29 February. And it has done so without locking down entire cities or taking some of the other authoritarian measures that helped China bring its epidemic under control. “South Korea is a democratic republic, we feel a lockdown is not a reasonable choice,” says Kim Woo-Joo, an infectious disease specialist at Korea University. South Korea’s success may hold lessons for other countries—and also a warning: Even after driving case numbers down, the country is braced for a resurgence…. 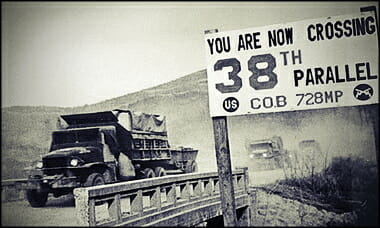 …The release of the footage came amid news that the unnamed soldier, who was shot at least five times during his escape, was showing signs of recovery.

A government official said that the soldier had regained consciousness and had asked to watch television. He was being shown South Korean films for his “psychological comfort”, the official said. 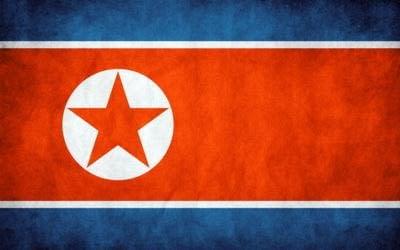 The exchange of fire into the Yellow Sea followed Pyongyang’s sudden announcement that it would conduct live-fire drills in seven areas north of the Koreas’ disputed maritime boundary. North Korea routinely test-fires artillery and missiles into the ocean but rarely discloses those plans in advance. The announcement was seen as an expression of Pyongyang’s frustration at making little progress in its recent push to win outside aid.

The poorly marked western sea boundary has been the scene of several bloody naval skirmishes between the Koreas in recent years. In March 2010, a South Korean warship sank in the area following a torpedo attack blamed on Pyongyang that left 46 sailors dead. North Korea denies responsibility for the sinking. In November 2010, a North Korean artillery bombardment killed four South Koreans on Yeonpyeong. What was in the background of our foreign policy has now steamed to the forefront with the shelling of South Korea. The Wall Street Journal asks and answers if this incident was different than others in the past, in that while there have been military flare-ups between North and South, this is the first time a civilian area was hit. And it was almost fortuitous that I decided to post the night before this indecent a commentary by Chasrles Krauthammer that is worth re-posting here:

So how does all this change our foreign policy overnight in regard to this military cult? Jane’s posts a bit on one aspect that is now under scrutiny (non-subscriber section):

US nuclear scientist Dr Sig Hecker has confirmed Jane’s reports of activity at Yongbyon Nuclear Complex in North Korea and revealed that a state-of-the-art uranium enrichment plant is in operation at the site.

Hecker, who visited Yongbyon for the fourth time in mid-November, identified construction at the site as the foundation of a 100 MW thermal light-water reactor, a finding that has been confirmed by new satellite imagery.

A co-director of Stanford University’s Center for International Security and Cooperation (CISAC), Hecker wrote in a CISAC report published on 20 November that he had also seen a “small industrial-scale uranium enrichment facility with 2,000 centrifuges that was recently completed and said to be producing low enriched uranium (LEU) destined for fuel for the new reactor”.

Jane’s first reported renewed activity at this site after analysis of a 24 September 2010 GeoEye-1 satellite image showed four construction vehicles preparing the site. The concrete pad of the reactor has since been laid and two massive cranes – one tower crane with a 54 m horizontal jib and one mobile crane – have been deployed to the site.

The Telegraph also mentions this facility:

US says China must put pressure on North Korea

China must persuade North Korea to abandon its nuclear plans, a senior United States official has said, after the rogue state’s latest atomic plant was revealed.

The revelation that North Korea is building a new light water nuclear plant at its Yongbyon site was proof that it remains a “dangerous country” intent on making nuclear weapons, said Admiral Mike Mullen, chairman of the US military’s Joint Chiefs of Staff.

“We have to continue to bring pressure on [Kim Jong-il] specifically.

Siegfried Hecker, a nuclear scientist at Stanford University, revealed at the weekend that he had been taken to a plant at the Yongbyon nuclear complex this month where he saw hundreds of centrifuges that North Korea said were operational.

North Korea has said the new facility is for electricity generation, but the sophistication of the plant has surprised experts, and drawn a warning from Robert Gates, the US Defence secretary, that North Korea may use the plant for enriching uranium.

Pyongyang may have deliberately shown its hand in order to gain an advantage in any upcoming negotiations on aid for disarmament.

So the question is this, and is really Charles suggestion, would it be wiser for us to ramp up Japan and South Korea (and Taiwan) to make the point hit home that China better do something with North Korea and stop playing games?

“We endorse President Lee’s demand that North Korea immediately apologize and punish those responsible for the attack and, most importantly, stop its belligerent and threatening behavior,” the White House said.

South Korean President Lee Myung-bak said today that North Korea would have to “pay a price” for the torpedo attack on a South Korean navy ship in March that killed 46 young sailors. …

….Secretary of State Hillary Clinton has made efforts to persuade Chinese officials support condemnation during the two-day annual U.S.-China high level talks in Beijing. She told reporters that they were “in the midst of very intensive consultations” and “the Chinese recognize the gravity of the situation we face.”

Clinton said both countries are “working hard to avoid an escalation, belligerence and provocation,” but “at the same time to send a message to North Korea that we are not simply resuming business as usual.”

….SINCE OBAMA took office nearly a year and a half ago, Israel has agreed to Obama’s demand that it allow him to take the lead on international efforts to prevent Iran from becoming a nuclear power. Israel stood back as he wasted a year trying to woo Ahmadinejad often at Israel’s own expense as he linked Iran’s nuclear weapons program to the Palestinian conflict with Israel. Israel has stood back since then as he pushed forward UN sanctions.

And now, a year and a half later, Obama’s sanctions gambit is revealed as a dangerous joke. Iran is months away from the bomb. Hizbullah has an arsenal of guided missiles capable of hitting Tel Aviv and beyond. Iran’s diplomatic stature has soared to unprecedented heights as it runs diplomatic circles around Obama and his advisors. And Brennan wants to make a deal with Hizbullah.

South Korea’s acknowledgment of North Korea’s aggression places it on a collision course with the Obama administration which prefers to court Beijing for dollars than deal effectively with Pyongyang’s aggression. Israel has been on a collision course with Washington for a year and a half now as it insists in the face of US opposition that Iran’s nuclear program is the greatest threat to global security today.