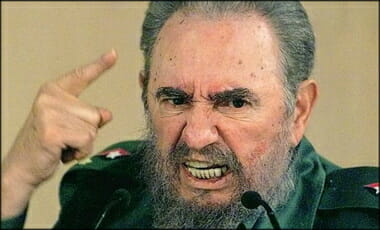 John Lott, the gun advocate who recently had a heated encounter with Piers Morgan, spoke to Soledad O’Brien on Monday morning — continuing to make his pro-gun argument. O’Brien had a hard time stomaching Lott’s perspective, telling him she simply does not understand it.

In the sad and tragic aftermath of the Newtown, Connecticut elementary school shooting, it’s only natural for the more ignorant among us to immediately begin calling for an attack on our Second Amendment right to bear arms even before the bodies of the innocent little angels are removed from the classroom where they were slaughtered by an insane killer. But these people completely ignore the rights of millions of law-abiding, normal American citizens to defend themselves against such insanity, as well as all the cases where lawfully armed citizens have done so. Mark Levin discusses gun control with John Lott, author of More Guns, Less Crime.

First, Joel Pollak — the guy being berated — has an election video out:

For CNN and the uninformed — but I repeat myself — here’s Joel’s lovely wife Julia from Joel’s Congressional campaign in 2010:

Another point is that this interaction [closeness between] Obama and professor Derrick Bell was kept “secret”, why, Soledad, if this is innocent would they deem the electorate not “evolved” enough to view it?

And finally, Thomas Sowell SLAMS Professor Bell in the 80s for the race bater he is:

A video correction of Soledad O’Brian: