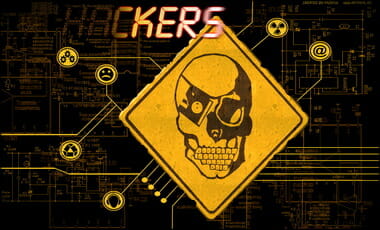 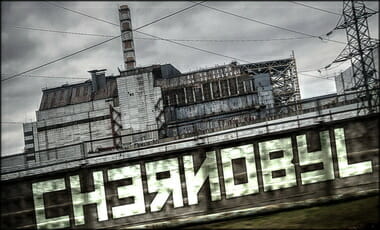 A new shelter is being built to protect Chernobyl in Ukraine. The construction costs over £1bn ($1.46bn/1.38bn euros) and is intended to stop radioactive material leaking, and to allow the old reactor to be dismantled safely.  A catastrophic explosion in April 1986 caused 31 deaths, and the radioactive material released spread across Europe. The BBC’s Science Editor David Shukman went to see the shield being built.

Here are some more videos describing and showing the movement:

On the last night of the Democratic National Convention, a retired Navy four-star took the stage to pay tribute to veterans. Behind him, on a giant screen, the image of four hulking warships reinforced his patriotic message.

But there was a big mistake in the stirring backdrop: those are Russian warships.

While retired Adm. John Nathman, a former commander of Fleet Forces Command, honored vets as America’s best, the ships from the Russian Federation Navy were arrayed like sentinels on the big screen above.

These were the very Soviet-era combatants that Nathman and Cold Warriors like him had once squared off against.

“The ships are definitely Russian,” said noted naval author Norman Polmar after reviewing hi-resolution photos from the event. “There’s no question of that in my mind.”

Naval experts concluded the background was a photo composite of Russian ships that were overflown by what appear to be U.S. trainer jets. It remains unclear how or why the Democratic Party used what’s believed to be images of the Russian Black Sea Fleet at their convention.

A spokesman for the Democratic National Convention Committee was not able to immediately comment Tuesday, saying he had to track down personnel to find out what had happened.

The veteran who spotted the error and notified Navy Times said he was immediately taken aback.

“I was kind of in shock,” said Rob Barker, 38, a former electronics warfare technician who left the Navy in 2006. Having learned to visually identify foreign ships by their radars, Barker recognized the closest ship as the Kara-class cruiser Kerch.

For example, the ship in the foreground, on the far right, has a square radar antenna at the top of its masthead. That is the MR-700 Podberezovik 3-D early warning radar, commonly identified as “Flat Screen” for its appearance, a three-dimensional early warning radar mounted on the Kerch, said Eric Wertheim, editor of “Combat Fleets of the World.”

Similarly, the third ship has a MR-310 “Head Net” air search radar, shaped like two off-set bananas, at its masthead and is mostly likely the guided missile destroyer Smetlivyy. The first two ships seem to be Krivak-class frigates, but it’s hard to discern from the silhouette, experts said.

But the fact they are Russian ships is not in doubt. In addition to the ship’s radar arrays and hulls, which are dissimilar from U.S. warships, the photo features one more give-away: a large white flag with a blue ‘X’ at the ships’ sterns.

Polmar, who authored “The Naval Institute Guide to the Soviet Navy,” recognized the blue ‘X’-mark: “The X is the Cross of St. Andrew’s, which is a Russian Navy symbol,” Polmar said. (An anchored U.S. warship, by contrast, flies the American flag on its stern.)

Based on this specific group of these ship types, one naval expert concluded that this was most likely a photo of the Black Sea Fleet.

“Ships are all Black Sea Fleet,” A. D. Baker III, a retired Office of Naval Intelligence analyst, told Navy Times after looking at the image. “These four ships, at the time the photo was taken, constituted the entire major surface combatant component of the Black Sea Fleet,” Baker said, noting the photo was likely to be six years old or older. (The Kerch is now on the list to be scrapped, Baker said.)

We are still at odds with these ships in our day:

This isn’t the first time Democrats have done ths. And this is really a cultural mistake, because, as these Democrats grow up and head off to Berkeley and other ivy league schools, they get to know our troops as projecting imperialist power to the rest of the world, and so, many do not serve or even do ROTC. So when they staff the offices of the Democratic leadership, and are asked to look for a graphic to post in an ad, they just assume Google throws them American pictures.

Here are some older examples. This first one comes from Nancy Pelosi and talks about veterans benefits and health insurance and how Democratic plans are better that their opponents. The only problem is that the soldier on the picture is a Canadian one:

Another one is from the DNC itself and was part of their front page. I will follow up the original with the original, non-photo shopped pic:

That soldier, unfortunately for whomever played with the pic, was a Canadian soldier:

It is sad that Democrats consistently mix our military men and women with those of other countries. It shows a lack of respect (explicit or implicit) for these few people who choose to make a difference in their countries future by the giving of their time to a greater purpose and will than their own. Its just another commentary on the seriousness of the Democrats as a Party worthy of this greatest nation on God’s green earth.

(CBS News) In a video shot secretly inside a Syrian regime military hospital in the besieged rebel stronghold of Homs, men are blindfolded and shackled to their beds. The chains are extremely tight.

One man’s chest and hand show what appear to be wounds from a severe beating. Instruments of torture lie on a nearby table – an electric cable and a rubber whip.

“I have seen detainees being tortured by electrocution, whipping, beating with batons,” the man videotaping said, adding they also break their legs by twisting the feet until the leg gives.

This is not the first account of allegations of torture in state run hospitals. This week the U.N. said it had received similar video.