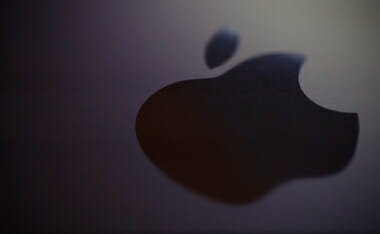 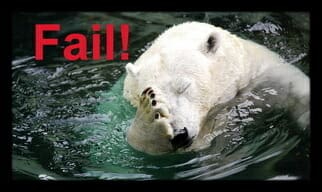 From the annuls of “you thought you heard it all till…” — and it has EVERYTHING to do with the lefts inability to fight evil:

Britain’s Guardian newspaper has come up with a novel explanation for the kidnapping of over 200 schoolgirls in Nigeria. (h/t Marc Morano)

Conventional analyses have pinned the blame on the Islamist terrorist group Boko Haram (which means: “Western education is forbidden”). But according to the Guardian’s Nafeez Ahmed, the real culprit is ‘climate change.’

After Breitbart quotes a bit from this article, they continue to point out that the author, Nafeez Ahmed, is a 9/11 truther as well:

The article is by no means Ahmed’s first attempt to exculpate Islamist terrorists’ actions by implying that the West is, in fact, mainly to blame. He is also a 9/11 Truther.

In fact, overwhelming evidence confirms that al-Qaeda networks in the Middle East, Central Asia, the Balkans, the Caucasus and the Asia-Pacific, have been penetrated and manipulated by Western intelligence services. Conspiraloonery? If only it was. As I argue in my 3rd book, The War on Truth: 9/11, Disinformation and the Anatomy of Terrorism (2005), the evidence for this is extremely well-documented, deriving from innumerable, credible intelligence sources. But why? Largely to destabilize regional environments to pave the way for new “security” policies that serve to protect not people, but foreign investors taking over regional markets — especially markets with significant oil and gas deposits.

Ahmed’s work has been praised by luminaries including left-wing journalist John Pilger, who wrote:

“Nafeez Ahmed’s understanding of the post 9/11 power game, its lies, illusions and dangers, is no less than brilliant. Everyone should read this wise and powerfully illuminating book.”

As has been pointed out earlier… climate change causes all sorts of maladies (via The Corner):

Global warming isn’t just going to melt the Arctic and flood our cities—it’s also going to make Americans more likely to kill each other.

These leftist are on the cutting edge of journalism… yuk, yuk. Breitbart provides a “COMPLETE” list of phenominom caused by Global Warming:

In case you haven’t seen his site, it purports to provide “A complete list of all the things that have been caused by global warming.”

The A section alone includes:

Each entry includes a hyperlink to the article promulgating each particular spurious claim.

But nobody actually believes this stuff, surely?

Unfortunately, yes. The people who do are called liberals.

One of them is a friend of mine and, by way of a greeting, he sent me a link to this article in The Ecologist the other day. It’s headlined Time To Wake Up: the Climate Denial Beast and reports on a speech made by Rhode Island Senator Sheldon Whitehouse, warning on the extent to which evil climate denialists are funded to pump out their vile propaganda by the agents of Big Oil.

Senator Whitehouse invites us to be shocked by the fact that, according to research by some activist or other at a German university, “from 2003 to 2010, 140 foundations made grants totaling $558 million to 91 organizations that actively oppose climate action.”…

Not only are there groups of police hunting down lesbians, gay men, and prostitutes. But they also are banning beer. A travesty to liberty as well. This comes via Libertarian Republican and Weasel Zippers:

Police enforcing Islamic law in Nigeria’s city of Kano publicly destroyed some 240,000 bottles of beer on Wednesday, the latest move in a wider crackdown on behaviour deemed “immoral” in the area.

The banned booze had been confiscated from trucks coming into the city in recent weeks, said officials from the Hisbah, the patrol tasked with enforcing the strict Islamic law, known as sharia.

Kano’s Hisbah chief Aminu Daurawa said at the bottle-breaking ceremony he had “the ardent hope this will bring an end to the consumption of such prohibited substances”.

A large bulldozer smashed the bottles to shouts of “Allahu Ahkbar” (God is Great) from supporters outside the Hisbah headquarters in Kano, the largest city in Nigeria’s mainly Muslim north….