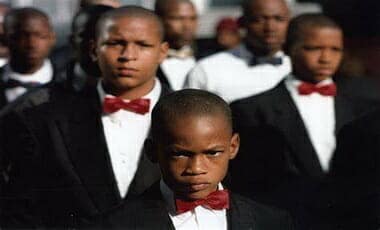 LEGAL INSURRECTION has a story about Chicano gangs running security in their neighborhoods (blocks) to keep looters out. I watched many of the videos, there were some shootouts with black gangs[?] or looters? At any rate, the animosity between the two “factions,” blacks and browns will increase in Chicago, and as the police are attacked in the media and by politicians, I can see an increase in homicides.

At any rate, this one video had me laughing. It reminds me of the woman in Training Day that Alonzo Harris (Denzel Washington’s character) stole from.

I also confirms my long standing and written (and video) about influence of the racist cults such as Nation of Islam (NOI – this woman refers to this black nationalist UFO cult leader many times, that is, Louis Farrakhan), and the Five Percenters (The Nation of Gods and Earth). As an aside, 5%’ers have towel sets to proclaim your racism loudly in the bathroom. At any rate, enjoy the racist cult rant, and keep in mind while this is humorous to myself and many, this is a major player of hate and delusion in the inner city. And yes, she is also mad as hell that she can’t loot. (For the full rant by her, and the Afro-centric history worldview along with more Cultic Rants, see HERE): 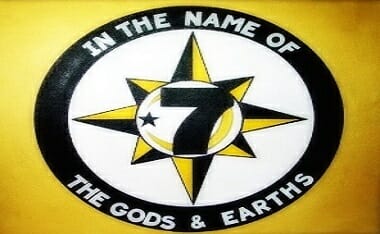 This post should be read with my other post: “Jay-Z Sports a Racist Emblem from the CULT, “The Five Percenters”

A video I found fascinating was this one (http://youtu.be/27qy50mrNKU), and comes by way of Shoebat’s site on the most recent NYPD officers that were killed/murdered in cold blood.

The idea is this: like Ami’s video supports, as well as other sources — the main acts of violence/riots and acts directed at police are perpetrated largely by anarcho-leftists✿ [e.g., fascists] and Islamo-fascist cults (see my recent post on this).

People who are told over-and-over again and finally believe that they are victims only become ripe to be used by the power hungry. I have a montage of responses to a caller into the Dennis Prager Show here.

I also talked with an older gentleman while on vacation (a cruise to Hawaii) about Obama’s affiliation with a church based in bad theological [racist] teaching.

Here are a few resources on the hip-hop scene and the 5-percenters… first though here is my own post on this topic entitled, Jay-Z Sports a Racist Emblem from the CULT, “The Five Percenters”

AND MOST IMPORTANTLY (last but not least of all), some resources to help witness to NOI or 5%’s:

In the above video I cover some of the background and beliefs of the 5-Percent Nation (a racist breakaway cult from…) and the Nation of Islam and some of the links in the description area will help one come to terms with both it’s influence and “how” to witness to them.

This is RZA from Wu-Tang Clan, he is the “genius” behind the group (so I am told). That symbol he is almost praying with would be the equivalent to Rittz wearing a Swastika around his neck. It is a purely racial cult symbol to announce your supremacist ideals.

But socially, they are the larger part of the unrest in Ferguson and the recent slaying of two NYPD members in cold blood. So they tend towards violence. Thomas Sowell had this almost prophetic utterance about this issue, He stated,

“Initial skirmishes in that race war have already begun, and have in fact been going on for some years. But public officials pretend that it is not happening, and the mainstream media seldom publish it at all, except in ways that conceal what is really taking place.” (See: National Review and American Thinker).

The ONLY anecdote to this is Christ, and the doctrine of creation which Acts 17:26 comments on:

“And hath made of one blood all nations of men for to dwell on all the face of the earth, and hath determined the times before appointed, and the bounds of their habitation”

This we must keep preaching in the face of what we know may come [in our time?]. In Luke 21:10 Jesus noted the following about a time to come (some believe this has already happened, fine. However, I think this also refers to a future event]: “Then he [Jesus] said to them, “Nation will rise against nation, and kingdom against kingdom.”

The Greek work used for “nation” is “ἔθνος” — which is where we get our word for “ethnic group” or “race” (source). So PRAY especially for the apologist in these areas for wisdom, guidance, courage and strength. And especially the healthy-well balanced black churches in these neighborhoods as well.

The ONLY cure to this is the Biblical doctrine of creation. And the greatest civil-rights leader to confirm this is Martin Luther King, Jr. in one of his most famouse speeches:

The mayor of Baltimore, Stephanie Rawlings-Blake, is aligning herself with the very same people helping foment the violence… racially tinged violence. The EXACT opposite of Martin Luther King’s “dream”!

✿ The Long War: Current conflict just a continuation of Bill Ayers, Bernadine Dorn and Black Panther’s war on police from the ’60s.

….So, there is no resistance to this war; indeed, the liberal media has simply stopped reporting about the current war.

Who was involved in the trend of violence against the police that started during the 1960s and continued into the 1970s?  Why it was Bill Ayers and Bernadette Dorn, the Weathermen and the Black Panthers. A similar mix of left-wing anti-American commie-sympathizers and black racists that we now see at war against the police. Indeed, we see some of the very same people who were involved in cop-killing four decades ago now agitating for another wave of cop-killing. Some wars simply never end.