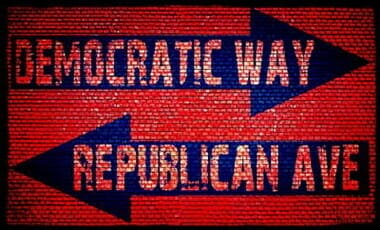 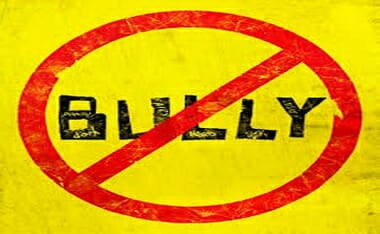 Gay Patriot shot me over to The Blaze’s article on this… good stuff, and I LOVE these two ladies.

Glenn Beck interviews from lesbians who disagree with the gay fascist left. [Edited for brevity and emphasis added to the really important bit that only a complete smeghead would disagree with.]

[Kathy Trautvetter and Diane DiGeloromo, a lesbian couple who own and operate BMP T-shirts, a New Jersey-based printing company, sat down with Glenn Beck Thursday night to explain why they are standing up for an embattled Christian printer who refused to make shirts for a gay pride festival.]

The lesbian couple are standing up for Christian t-shirt maker Blaine Adamson, who refused to print shirts for a gay pride festival because it compromised his values. Adamson has come under attack for his stance, but this couple supports him. The story is a microcosm for what should be happening in America as we navigate the way the world is changing.

“As a business owner, it struck a chord with me when I read the story, because I know how hard it is to build a business. You put your blood and your sweat and your tears into every bit of it. When I put myself in his place, I immediately felt like if that were to happen to us, I couldn’t create or print anti-gay T-shirts, you know, for a group. I couldn’t do it,” Kathy explained.

Diane added, “We feel this really isn’t a gay or straight issue. This is a human issue. No one really should be forced to do something against what they believe in. It’s as simple as that, and we feel likewise. If we were approached by an organization such as the Westboro Baptist Church, I highly doubt we would be doing business with them.”“Everybody votes with their dollars, you know?” Kathy said. “And why you would want to go with somebody who doesn’t agree with you, [when] there’s others who do agree with you, that’s who I want to do business with.”

Nice. If only all gay people were so tolerant and open-minded.

Here is a portion of the interview Prager spoke of in the above radio interview of Camille Paglia from the Wall Street Journal:

…But no subject gets her going more than when I ask if she really sees a connection between society’s attempts to paper over the biological distinction between men and women and the collapse of Western civilization.

She starts by pointing to the diminished status of military service. “The entire elite class now, in finance, in politics and so on, none of them have military service—hardly anyone, there are a few. But there is no prestige attached to it anymore. That is a recipe for disaster,” she says. “These people don’t think in military ways, so there’s this illusion out there that people are basically nice, people are basically kind, if we’re just nice and benevolent to everyone they’ll be nice too. They literally don’t have any sense of evil or criminality.”

The results, she says, can be seen in everything from the dysfunction in Washington (where politicians “lack practical skills of analysis and construction”) to what women wear. “So many women don’t realize how vulnerable they are by what they’re doing on the street,” she says, referring to women who wear sexy clothes.

When she has made this point in the past, Ms. Paglia—who dresses in androgynous jackets and slacks—has been told that she believes “women are at fault for their own victimization.” Nonsense, she says. “I believe that every person, male and female, needs to be in a protective mode at all times of alertness to potential danger. The world is full of potential attacks, potential disasters.” She calls it “street-smart feminism.”

Ms. Paglia argues that the softening of modern American society begins as early as kindergarten. “Primary-school education is a crock, basically. It’s oppressive to anyone with physical energy, especially guys,” she says, pointing to the most obvious example: the way many schools have cut recess. “They’re making a toxic environment for boys. Primary education does everything in its power to turn boys into neuters.”

She is not the first to make this argument, as Ms. Paglia readily notes. Fellow feminist Christina Hoff Sommers has written about the “war against boys” for more than a decade. The notion was once met with derision, but now data back it up: Almost one in five high-school-age boys has been diagnosed with ADHD, boys get worse grades than girls and are less likely to go to college.

Ms. Paglia observes this phenomenon up close with her 11-year-old son, Lucien, whom she is raising with her ex-partner, Alison Maddex, an artist and public-school teacher who lives 2 miles away. She sees the tacit elevation of “female values”—such as sensitivity, socialization and cooperation—as the main aim of teachers, rather than fostering creative energy and teaching hard geographical and historical facts.

By her lights, things only get worse in higher education. “This PC gender politics thing—the way gender is being taught in the universities—in a very anti-male way, it’s all about neutralization of maleness.” The result: Upper-middle-class men who are “intimidated” and “can’t say anything. . . . They understand the agenda.” In other words: They avoid goring certain sacred cows by “never telling the truth to women” about sex, and by keeping “raunchy” thoughts and sexual fantasies to themselves and their laptops.

Politically correct, inadequate education, along with the decline of America’s brawny industrial base, leaves many men with “no models of manhood,” she says. “Masculinity is just becoming something that is imitated from the movies. There’s nothing left. There’s no room for anything manly right now.” The only place you can hear what men really feel these days, she claims, is on sports radio. No surprise, she is an avid listener. The energy and enthusiasm “inspires me as a writer,” she says, adding: “If we had to go to war,” the callers “are the men that would save the nation.”

And men aren’t the only ones suffering from the decline of men. Women, particularly elite upper-middle-class women, have become “clones” condemned to “Pilates for the next 30 years,” Ms. Paglia says. “Our culture doesn’t allow women to know how to be womanly,” adding that online pornography is increasingly the only place where men and women in our sexless culture tap into “primal energy” in a way they can’t in real life.

A key part of the remedy, she believes, is a “revalorization” of traditional male trades—the ones that allow women’s studies professors to drive to work (roads), take the elevator to their office (construction), read in the library (electricity), and go to gender-neutral restrooms (plumbing)…

This comes via Gateway Pundit, and is ANOTHER story of faux hate (like ones here, and here — for example):

Gay New Jersey waitress Dayna Morales, a server at Gallop Asian Bistro in Bridgewater, N.J., claimed a family she waited on stiffed her, insulted her and left her a nasty note about her sexuality. She told the liberal media the family denied her a tip and wrote her a hateful note on their receipt. However, on Thursday a local family contacted NBC 4 New York and said their receipt shows they paid a tip and didn’t write any such note.

Now her former co-workers say it’s not the first time she’s been caught in a lie.
“She lies about everything.”

Morales has been caught in multiple lies, telling co-workers she shaved her head because she had brain cancer and later telling them it was her friend who had brain cancer, her colleagues and friends said.

They said she also told co-workers at a day care center where she once worked that Superstorm Sandy severely damaged her home in Stony Point, and sent a boat into her living room. Concerned co-workers dropped by her home and found only minor damage to the carpet by her front door and no sign of a boat, they said.

“Every story she comes up with has a lie,” said Julie Howat, 23, of Pomona.

Libertarian Republican makes a great point on the decline of common sense due to political correctness:

….Pageant officials are looking to give a complete make-over to the pageant, once based primarily on good looks. Now, it’s almost all about being politically correct.

the state pageant “will emphasize individuality and push the envelope even further,” Keith Lewis, co-executive of the contest, said in a statement. “This year’s event will be bigger and reflect the progressive attitudes of the contestants.”

Take note that she wore a TUXEDO during the EVENING GOWN portion of the competition.

Here is a photo of the swimsuit portion of the competition: