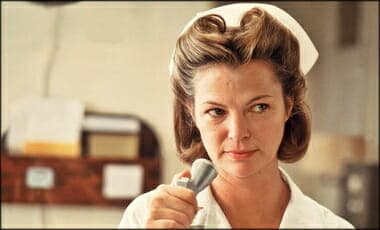 Here is the article Dennis is reading from, via THE GLOBE AND MAIL:

…Until recently, Henry Parada was director of the School of Social Work at Ryerson University, Toronto’s big downtown commuter school. His career was going well and he got major research grants. Now he has stepped aside after a handful of students calling themselves the Black Liberation Collective accused him of “a violent act of anti-Blackness, misogyny and misogynoir.” What was this act? It seems that he left a meeting where a black female speaker was giving a talk. No one knows why.

What happened next won’t surprise anyone who has been tracking the steady rise of authoritarian illiberalism on the left. The Black Liberation Collective at Ryerson (which has perhaps the most diverse student body in the nation) issued an escalating series of rants demanding immediate action to address his crimes, along with institutional racism in general. Students disrupted faculty meetings. The administration has issued the standard non-response: Basically it values diversity and inclusion, and is looking into the matter.

But really, it doesn’t matter what Prof. Parada did. He’s a white man, and therefore guilty.

Here’s a partial list of what’s been happening on campus lately. At the University of Toronto, psychology professor Jordan Peterson is under attack – not least by his own administration – for refusing to use invented pronouns for transgender people. (Last year, Kenneth Zucker, a renowned U of T psychiatry professor, was fired from his position at the Centre for Addiction and Mental Health because his treatment of transgender kids was deemed not radical enough.)

At Queen’s, a good-natured off-campus costume party blew up into a crisis over racism. Queen’s principal Daniel Woolf denounced the event on his blog as “the unacceptable misappropriation and stereotyping of numerous cultures,” and solemnly vowed yet again to improve diversity and inclusion on campus. In other news from Queen’s, the head of a student theatre group was forced to grovel after announcing a plan to cast a white female as the lead in Othello. “There is absolutely no excuse for making a casting decision that was oppressive and caused people of colour to feel as though they were invalid,” she apologized. The production was cancelled.

At many campuses, students routinely try to shut down controversial speakers because they might make someone feel queasy. When Marie Henein, Jian Ghomeshi’s defence lawyer, was invited to speak at Bishop’s University early next year and have her lecture live-streamed to other schools, one women’s studies major at St. Francis Xavier said that Ms. Henein’s talk was a “disservice to students who are victims of sexual violence.” To his credit, Bishop’s principal Michael Goldbloom wrote a rebuttal – an unusual act of academic courage these days.

How did we get here? Here’s a very short answer.

University campuses have always leaned a little left. But in the 1990s, as the previous generation of academics was replaced by baby boomers, they began to lean dramatically left. The humanities and social sciences were colonized by an unholy alliance of poststructuralists and Marxists – people who believe that Western civilization is a corrupt patriarchy that must be dismantled.

According to studies of U.S. universities, 18 per cent of social-sciences professors say they’re Marxists. Only 7 to 9 per cent identify as conservative. Leftism in the academy is a positive feedback loop – and we’re now well past the point where the radicals have taken over. Those who don’t agree just shut up. “There’s no question there’s an atmosphere of terror,” one (older, white, male) professor told me.

According to classic Marxist ideology, people’s degree of oppression is determined by their ancestry and class. Today’s identity politics simply swaps in race and gender. But the anti-liberal thinking is the same. When your goal is revolution, dissent becomes intolerable, and you have a moral licence to shut down free speech. As the very liberal Jonathan Chait wrote in New York magazine: “Liberalism believes in political rights for everybody, regardless of the content of their ideas. Marxists believe political rights belong only to those arguing on behalf of the oppressed.”

Not so long ago, I thought this craziness would pass. Now I’m not so sure. When institutions cave in to radicals, their demands will only escalate….