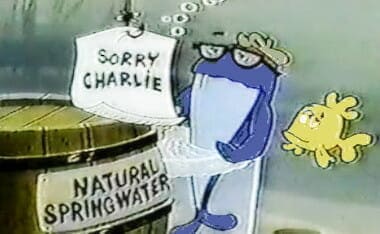 Are you a liberal who has had trouble apologizing for the things that you have gotten wrong over the past couple years? And have you aggressively yelled at your friends and ruined relationships over these key issues? Worry no more! The “I’m a Sorry Liberal” app will solve all your problems! 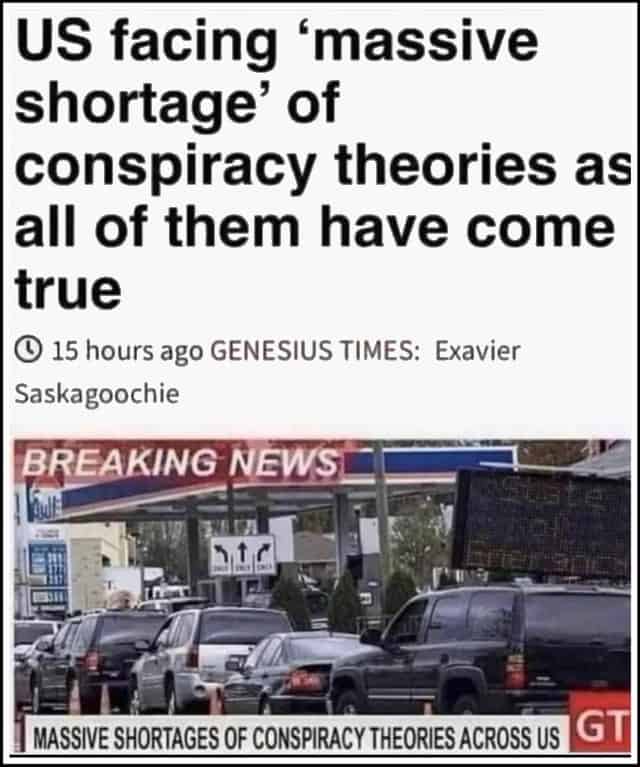 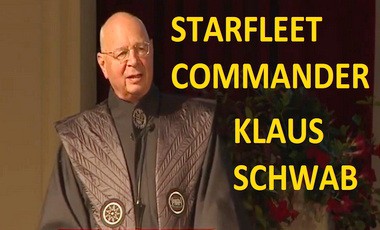 (Classified under “Eschatology Watch”) Klaus Schwab is bringing you the great reset. And not only will it be great, it’ll be a fantastic reset! The folks at the World Economic Forum are busy helping protect you from climate change and disease. Yet some people still ask, is Klaus Schwab the most dangerous man in the World? Get the full picture along with everything they DON’T want you to know in this video!

A quote within a quote from an eye-opening article over at AMERICAN GREATNESS:

We need to know what happened. We are being oppressed by evil people. Nothing is by chance. We might as well be children being tormented and turned into helpless beings. We have to say to each other, “No more. No more helplessness. No more lamenting. No more complaining. No more saying, ‘What’s happening to us?’” It’s very clear what’s happening to us. It’s the age-old tendency for power to rise to the top and to abuse everybody again, only now it’s high-tech, and now they have these fake vaccines that are sort of high-tech, and so on. It’s the same old scaring the hell out of us by all the methods that Joe has been talking about so much and I’ve been talking about so much. We won’t name all those methods again, but they’re all calculated to cow us, and so we can look at this and not say, “What they’re doing is crazy.” No, it’s not crazy. It’s intentional, and purposeful and we must stand up to it.

Yeah, and I really want to help people replace the fear and confusion, like, “How could they do this?” The worst thing you can say to yourself is, “How could they do this? What are they doing to me?” I remember when the diaries of some of the people, the leaders in the Warsaw Ghetto . . . They weren’t really leaders. The leaders were fighting and dying in the streets against the Nazis in the Warsaw Ghetto, slowing down their progress and tying up large numbers of troops. The rabbis, the intellectuals, they were saying, “God, why have you done this to us? Why have you done-” What do you mean, “Why?” This is the history of the world. I mean, read the Bible. The first family, the one son kills the other over jealousy, lies to the father. This is the history of the world.

Stop lamenting, stop complaining. Be joyful, and I mean joyful. We won’t always be joyous – be joyful that you are in a moment of time when you can help turn the tide again the way our founders did. We really have an opportunity to get together, create our own institutions, fight back, take big risks. Do you know the founders of our country, each and every one who signed the Declaration of Independence, consciously knew that they had created King George’s hit list. Every single one of them knew that if the war was lost, they’d be sought out and hanged. King George promised it when he saw the list.

My emphasis about, it’s going to get worse. My emphasis is, that’s the plan. The plan always starts with one piece of oppression, two pieces. They work you up, like the proverbial frog in the hot water, which is probably not a true story, but that’s the metaphor, until you’re cooked, boiled, so it’s inevitable, folks. Don’t wait for it to end. Whoever’s behind Joe, whether it’s his wife, or Barack Obama. I don’t know why we don’t know. I don’t know who’s not looking hard in that area. I’m sure there’d be a way to find out who’s behind Joe, because it’s not Joe. There’s nothing inside of Joe much now, but this is the plan. It’s not going to just get better by itself, absolutely will not. 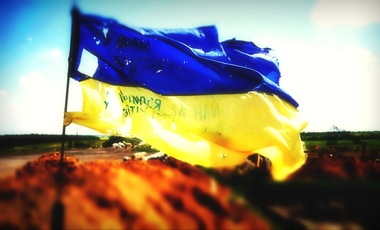 Tulsi Gabbard, the last of the freethinking Democrats, also steps out of line. Personally, I’m rooting for Ukraine. But which gang of unsavory characters runs an obscure country on the other side of the world is a local issue. We have our own very serious problems to address, starting with the border and inflation. — MOONBATTERY

NOQ REPORT has a decent article.

Most of my readers didn’t trust corporate media’s portrayal of Russiagate or the alleged pee tape that was manufactured for effect by Hillary Clinton’s operatives. You laughed when they tried to tell us the Hunter Biden laptop was Russian disinformation. You were skeptical of the narratives surrounding the after-dark counting of ballots following the 2020 election, as well as the dismissal of mountains of evidence of massive, widespread voter fraud. You didn’t buy the January 6 “insurrection” narrative. You haven’t fallen for Pandemic Panic Theater.

Why, then, are so many people buying into the notion that Ukrainian President Volodymyr Zelensky is some sort of good guy in the Russia-Ukraine fiasco? The answer is found in human nature; we tend to look at things as “A vs B.” If Vladimir Putin is the bad guy, then his opposition must be the good guy. Governments and corporate media networks across the globe are playing on this false notion and compelling even lucid patriots into thinking that Zelenksy is fighting the good fight.

I’m not taking a side in the regional conflict. It’s not because I’m indecisive; my long-time readers know I take a strong stance on just about every important issue. In this situation, neither side is worth supporting. Zelensky is not a good guy, and while it’s extremely unfortunate that Ukrainian civilians as well as reluctant members of both militaries are being victimized by their two leaders, I don’t see Zelenksy’s actions serving the interests of his people. Most importantly, I don’t see an upside for America to get involved.

I’ve received hundreds of emails regarding the conflict. Some try to convince me that Putin is a crusader for good. I’m not ready to buy that. Others tell me that it’s our responsibility to help Ukraine even if I don’t trust their leader. I can appreciate that perspective, but I see no way to help while the conflict is happening. Any intervention on our part will result in more loss of life, not less.

If NATO were to get involved militarily in any function, the loss of life would increase exponentially. We cannot save Ukraine through military action without going all-in and declaring war on Russia. Any “minor” assistance such as no-fly zones or drone strikes will result in a shooting war with Russia at best, possibly a far worse cyberwar, or the worst outcome of all — nuclear.

Volodymyr Zelensky has been documented as a puppet of George Soros. He has worked closely over the years with Klaus Schwab, a graduate of his school of thought with the likes of Emmanuel Macron and Justin Trudeau. Those two blaring klaxons alone should make you question the mainstream narrative that this charismatic and defiant leader is operating from an agenda that benefits his people or the world. He is a pawn who has been set up as a messiah. There’s only one Messiah, and Zelenksy isn’t Him……… 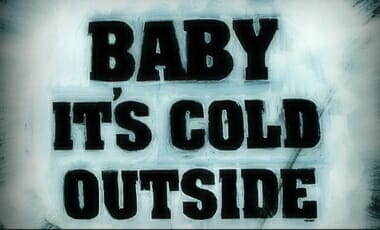