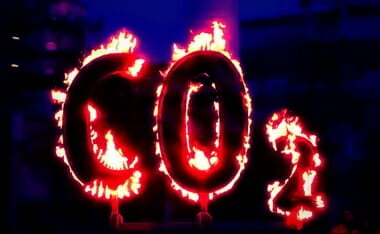 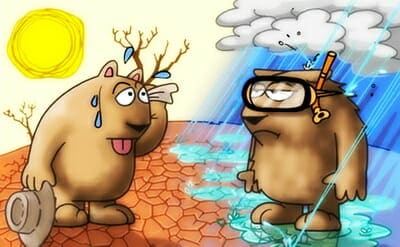 All the links associated with this recent story are dead (too much traffic… I was dealing with this here at RPT a few weeks ago — so I sympathizese), so I am working with this larger excerpt found at What’s Up With That (h/t to Climate Depot):

Doing science by consensus is not science at all, says the climatologist all the alarmists love to hate. Not that the enmity bothers Judith Curry too much — and certainly not as much as the debasement of impartial inquiry by which the warmist establishment keeps all those lovely grants coming.

When climatologist Judith Curry visited Melbourne last week she took the time to chat with Quadrant Online contributor Tony Thomas. The professor and chair of the School of Earth and Atmospheric Sciences at the Georgia Institute of Technology is something of a stormy petrel in the climate-change community, as she has broken ranks with alarmist colleagues to question the articles and ethics of the warmist faith. This has made her less than popular in certain circles, even inspiring Scientific American, house journal of the catastropharians, to brand her “a heretic” who has “turned on her colleagues.” [excerpt below]

THOMAS: What empirical evidence is there, as distinct from modelling, that ‘missing heat’ has gone into the deep oceans?

CURRY: Basically, none.  Observations below 2 km in the ocean are exceedingly rare, and it is only since 2005 that we have substantial coverage below 700 metres.

THOMAS:  Are you supportive of the line that the ‘quiet sun’ presages an era of global cooling in the next few decades?

CURRY: One of the unfortunate consequences of the focus on anthropogenic forcing of climate is that solar effects on climate have been largely neglected.  I think that solar effects, combined with the large scale ocean-circulation regimes, presage continued stagnation in global temperatures for the next two decades.

THOMAS: If the skeptic/orthodox spectrum is a range from 1 (intense skeptic) to 10 (intensely IPCC orthodox), where on the scale would you put yourself

and why has there been a shift (if any)?

CURRY: In early 2009, I would have rated myself as 7; at this point I would rate myself as a 3.  Climategate and the weak response of the IPCC and other scientists triggered a massive re-examination of my support of the IPCC, and made me look at the science much more sceptically.

The story mentioned above from Scientific American likewise is found elsewhere in full, at the journal Nature:

In trying to understand the Judith Curry phenomenon, it is tempting to default to one of two comfortable and familiar story lines.

For most of her career, Curry, who heads the School of Earth and Atmospheric Sciences at the Georgia Institute of Technology, has been known for her work on hurricanes, Arctic ice dynamics and other climate-related topics. But over the past year or so she has become better known for something that annoys, even infuriates, many of her scientific colleagues. Curry has been engaging actively with the climate change skeptic community, largely by participating on outsider blogs such as Climate Audit, the Air Vent and the Black¬board. Along the way, she has come to question how climatologists react to those who question the science, no matter how well established it is. Although many of the skeptics recycle critiques that have long since been disproved, others, she believes, bring up valid points—and by lumping the good with the bad, climate researchers not only miss out on a chance to improve their science, they come across to the public as haughty. “Yes, there’s a lot of crankology out there,” Curry says. “But not all of it is. If only 1 percent of it or 10 percent of what the skeptics say is right, that is time well spent because we have just been too encumbered by groupthink.”

She reserves her harshest criticism for the Intergovernmental Panel on Climate Change (IPCC). For most climate scientists the major reports issued by the United Nations–sponsored body every five years or so constitute the consensus on climate science. Few scientists would claim the IPCC is perfect, but Curry thinks it needs thoroughgoing reform. She accuses it of “corruption.” “I’m not going to just spout off and endorse the IPCC,” she says, “because I think I don’t have confidence in the process.”

Whispered discreetly at conferences or in meeting rooms, these claims might be accepted as part of the frequently contentious process of a still evolving area of science. Stated publicly on some of the same Web sites that broke the so-called Climategate e-mails last fall, they are considered by many to be a betrayal, earning Curry epithets from her colleagues ranging from “naive” to “bizarre” to “nasty” to worse.

All of which sets up the two competing story lines, which are, on the surface at least, equally plausible. The first paints Curry as a peacemaker—someone who might be able to restore some civility to the debate and edge the public toward meaningful action. By frankly acknowledging mistakes and encouraging her colleagues to treat skeptics with respect, she hopes to bring about a meeting of the minds.

Climate Depot has another story linked to that Marco Morano entitles: UN IPCC Lead Author Dr. Richard Tol admits no global warming for 17 years – Rips bias in IPCC – UN’s ‘inbuilt alarmism made me step down’ – ‘By the time the report was finished, however, it hadn’t warmed for 17 years’ — in it we find nuggets like:

….The report also illustrates just how outmoded the IPCC has become since it was founded in 1988. Its reports are written over a period of three years, and finished months before publication.

When preparations started on AR5, the world hadn’t warmed for 13 years. That is a bit odd, if you believe the models, but not odd enough to merit a lot of attention.

By the time the report was finished, however, it hadn’t warmed for 17 years. That is decidedly odd, but hard to accommodate in a near-final draft that has been through three rounds of review.

After the report was finalized, but before it was published, a number of papers appeared with hypotheses about the pause in warming. AR5 was out of date before it was released.

The IPCC model… is broken.

Authors who want to see their long hours of IPCC work recognized should thus present their impact as worse than the next one.

It was this inbuilt alarmism that made me step down from the team that drafted the Summary for Policy Makers of Working Group 2. And indeed, the report was greeted by the four horsemen of the apocalypse: famine, pestilence, war, death all made headlines.

Richard Tol, Leslie Woodcock, James Lovelock, and others all feel the sting of the machine they were a part of.

I will post a normal topic first, in this case it is a discussion on “Climate Change” (Global Warming), and it comes via The Heritage Foundation — a conservative/libertarian think tank. Great information prepping for the recent release of the latest climate report from the U.N. (Again, I cannot recommend enough a documentary entitled, “U.N.Me.” A great and actually funny look at the uselessness of that body.) Here is the discussion entitled, “Climate Change Reconsidered: Science the U.N. Will Exclude from Its Next Climate Report.”

The second part is the ongoing debate between Dr. William Lane Craig and Dr. Lawrence Krauss. This ends the debate — effectively — any discussion of Craig’s use of the BGV Theorum. Two places to go to read the dialogue of this debate ending in full — which shows Dr. Krauss to be intentionally misrepresenting Dr. Vilenkin’s work. The first place to go is of course one of the principle players site, Dr. Craig:

The second place to go has a good summary and bullet point addition to the above, and where I found this nugget… which shows Dr. Kruass apparently wanted to hide what he knew was, a) a trouncing of himself in a public debate (yes, Dr. Craig is that good), b) willfully trying to hide his willful miss-characterization of Dr. Vilenkin’s work, or c), both.

Wow. As an ex-con, and someone who has raised boys that are actively wanting to be in law enforcement ~ (the oldest is part way done getting into the Sheriff’s … although he may be going active duty soon if they accept him into EOD, versus if he is going to stay in the airwing of the Corp as a reservist) ~ I know intimately what covering up a lie looks like. Dr. Krauss fits the criteria — fidgeting with which drink he is going to choose while Dr. Craig responds, to his mannerisms setting up the email, to his trying not to have the debate go public — he is truly “busted”!