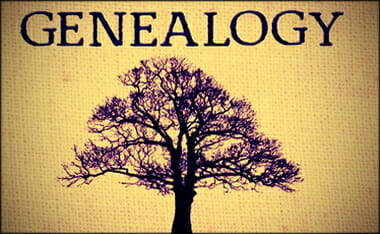 The “Genealogy” of Jesus

This is one of the more popular examples of a Biblical contradiction that is for the most part brought up by Muslims to show the Bible is a document riddled with problems. However, if one gives this document the same attestation as one gives to any other text of history, say, Livy’s History of Rome or Caesar’s Gallic Wars, then the alleged contradictions disappear. On this test John Warwick Montgomery writes that literary critics still follow Aristotle’s dictum that “the benefit of the doubt is to be given to the document itself, not arrogated by the critic himself.” With this in mind, lets see what some have to say about this “contradiction.”

Matthew 1:1-16 gives the genealogy of Jesus through Joseph, who was himself a descendant of King David. As Joseph’s adopted Son, Jesus became his legal heir, so far as his inheritance was concerned. Notice carefully the wording of verse 16: “And Jacob begat Joseph the husband of Mary, of whom was born Jesus, who is called Christ [messiah]” (NASB). This stands in contrast to the format followed in the preceding verses of the succession of Joseph’s ancestors: “Abraham begat [egennesen] Isaac, and Isaac begat Jacob, etc.” Joseph is not said to have begotten Jesus: rather he is referred to as “the husband of Mary, of whom [Gk. feminine genitive] Jesus was born.”

Luke 3:23-38, on the other hand seems to record the genealogical line of Mary herself, carried all the way back beyond the time of Abraham to Adam and the commencement of the human race. This seems to be implied by the wording of verse 23: “Jesus… being (as was supposed) the son of Joseph.” This “as was supposed” indicates that Jesus was not really the biological son of Joseph, even though this was commonly assumed by the public. It further calls attention to the mother, Mary, who must of necessity have been the sole human parent through whom Jesus could have descended from a line of ancestors. Her genealogy is thereupon listed, starting with Heli, who was actually Joseph’s father-in-law, in contradistinction to Joseph’s own father, Jacob:

And Jesus himself began to be about thirty years of age, being (as was supposed) the son of Joseph, which was the son of Heli – Luke 3:23

And Jacob begat Joseph the husband of Mary – Matthew 1:16

Mary’s line of descent came through Nathan, a son of Bathsheba (or “Bathshua,” according to 1 Chronicles 3:5), the wife of David. Therefore, Jesus was descended from David naturally through Nathan and legally through Solomon.

The coming Messiah of Israel had to be able to prove this lineage as it was prophesied in the Old Testament that He would in fact be a descendant of David. The Jews kept meticulous records at the temple mount of all the genealogical records of the Hebrew people. This information was “public knowledge,” or, verifiable by even the Pharisees. The Romans destroyed these records in A.D. 70. (This is very important – prophetically speaking – because the Orthodox Jews [as opposed to the Messianic Jews] are still awaiting their Messiah, however, he cannot be traced to David or Abraham! A prerequisite for Messiah clearly stated in the Old Testament.) Also of importance is the fact that Luke is very close to Mary, remember that Jesus gave him charge of her while shortly before he died.

Here is another commentator on this “error” in Luke 3:23

LUKE 3:23 —Why does Luke present a different ancestral tree for Jesus than the one in Matthew?

PROBLEM: Jesus has a different grandfather here in Luke 3:23 (Heli) than He does in Matthew 1:16 (Jacob). Which one is the right one?

SOLUTION: This should be expected, since they are two different lines of ancestors, one traced through His legal father, Joseph and the other through His actual mother, Mary. Matthew gives the official line, since he addresses Jesus’ genealogy to Jewish concerns for the Jewish Messiah’s credentials which required that Messiah come from the seed of Abraham and the line of David (cf. Matt. 1:1). Luke, with a broader Greek audi­ence in view, addresses himself to their interest in Jesus as the Perfect Man (which was the quest of Greek thought). Thus, he traces Jesus back to the first man, Adam (Luke 3:38).

That Matthew gives Jesus’ paternal genealogy and Luke his maternal genealogy is further supported by several facts. First of all, while both lines trace Christ to David, each is through a different son of David. Matthew traces Jesus through Joseph (his legal father) to David’s son, Solomon the king, by whom Christ rightfully inherited the throne of David (cf. 2 Sam. 7:12ff). Luke’s purpose, on the other hand, is to show Christ as an actual human. So he traces Christ to David’s son, Nathan, through his actual mother, Mary, through whom He can rightfully claim to be fully human, the redeemer of humanity.

Further, Luke does not say that he is giving Jesus’ genealogy through Joseph. Rather, he notes that Jesus was “as was supposed” (Luke 3:23) the son of Joseph, while He was actually the son of Mary. Also, that Luke would record Mary’s genealogy fits with his interest as a doctor in mothers and birth and with his emphasis on women in his Gospel which has been called “the Gospel for Women.”

Finally, the fact that the two genealogies have some names in common (such as Shealtiel and Zerubbabel, Matt. 1:12; cf. Luke 3:27) does not prove they are the same genealogy for two reasons. One, these are not uncommon names. Further, even the same genealogy (Luke’s) has a repeat of the names Joseph and Judah (3: 26, 30).

The two genealogies can be summarized as follows:

The above comes from:

This a a partial excerpt from a great article over at Apologetic Press, enjoy:

…First, Matthew reported the lineage of Christ only back to Abraham; Luke traced it all the way back to Adam. Second, Matthew used the expression “begat;” Luke used the expression “son of,” which results in his list being a complete reversal of Matthew’s. Third, the two genealogical lines parallel each other from Abraham to David. Fourth, beginning with David, Matthew traced the paternal line of descent through Solomon; Luke traced the maternal line through Solomon’s brother, Nathan.

A fifth factor that must be recognized is that the two lines (paternal and maternal) link together in the intermarriage of Shealtiel and Zerubbabel. But the linkage separates again in the two sons of Zerubbabel—Rhesa and Abiud. Sixth, the two lines come together once again for a final time in the marriage of Joseph and Mary. Joseph was the end of the paternal line, while Mary was the last of the maternal line as the daughter of Heli.

Notice carefully that Joseph was a direct-line, blood descendant of David and, therefore, of David’s throne. Here is the precise purpose of Matthew’s genealogy: it demonstrated Jesus’ legal right to inherit the throne of David—a necessary prerequisite to authenticating His Messianic claim. However, an equally critical credential was His blood/physical descent from David—a point that could not be established through Joseph since “after His mother Mary was betrothed to Joseph, before they came together, she was found with child of the Holy Spirit” (Matthew 1:18, emp. added). This feature of Christ’s Messiahship was established through His mother Mary, who was also a blood descendant of David (Luke 1:30-32). Both the blood of David and the throne of David were necessary variables to qualify and authenticate Jesus as the Messiah…

Here is Dr. Archer getting into the technical aspects of another part of the genealogy lineage:

Does not Matthew 1:9 err in listing Uzziah as the father of Jotham?

Matthew 1:9, which gives the gene­alogy of Jesus through His legal father, Joseph, states, “Ozias begat Joatham.” These are the Greek forms of Uzziah and Jotham. Some are con­fused by this mention of Uzziah, be­cause Jotham’s father is called Azariah in 2 Kings 15:1-7 and in 1 Chronicles 3:12. On the other hand, 2 Kings 15:32,34 calls him Uzziah rather than Azariah and refers to him as the father of Jotham. The same is true of 2 Chronicles 26:1-23; 27:2; Isaiah 1:1: 6:1; 7:1. The names are different. but they refer to the same king. `” zaryah (“Azariah”) means “Yahweh has helped,” whereas `uzzi-yahu (“Uzziah”) means “Yahweh is my strength.” The reason for the two names is not given in the biblical record, but the fact that he bore them both (perhaps Azariah was later replaced by Uzziah) is beyond dispute.

There are various reasons for the acquisition of second names in the case of Israel’s leaders. Gideon acquired the name Jerubbaal because of his destruc­tion of the altar of Baal at Ophrah (Judg. 6:32; 7:1; 8:29, etc.). Rehoboam’s son Abijam was also called Abijah (cf. 1 Kings 14:31; 15:1,7-8 for Abijam and 1 Chron. 3:10; 2 Chron. 12:16 for Abijah). Jehoahaz son of Josiah also bore the name of Shallum (2 Kings 23:21 and 1 Chron. 3:15; Jer. 22:11). Jehoiakim, Josiah’s oldest son, was originally named Eliakim; but Pharaoh Necho changed his name to Jehoiakim (i.e., “Yahweh will establish” rather than “God will establish”), ac­cording to 2 Kings 23:34. Likewise Jehoiachin son of Jehoiakim was also known as Jeconiah, and Zedekiah’s original name was Mattaniah.