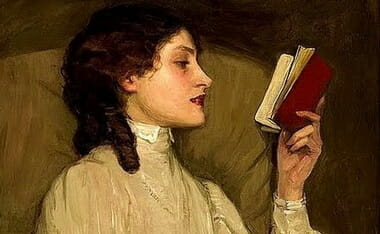 What in the world happened to the liberal arts? A degree in the humanities used to transmit the knowledge and wisdom imbued in the works of great Western artists, writers, musicians and thinkers like Shakespeare and Mozart. But today, that same degree stresses Western racism, sexism, imperialism, and other ills and sins that reinforce a sense of victimhood and narcissism. So, what happened? Heather Mac Donald of the Manhattan Institute explains.

UCLA now is about as worthwhile as a local community college. You no longer go to these institutions to learn about great ideas, but now must listen to the static of EVERYTHING being made equally great by the magic wand of the left. Dennis Prager read from — and commented on — Heather Mac Donald’s Wall Street Journal article about UCLA nixing classical studies as mandatory for English lit majors. Here is some of that article as read above:

The Humanities Have Forgotten Their Humanity
When Shakespeare lost out to ‘rubrics of gender, sexuality, race, and class’ at UCLA, something vital was harmed.

Until 2011, students majoring in English at UCLA had to take one course in Chaucer, two in Shakespeare, and one in Milton—the cornerstones of English literature. Following a revolt of the junior faculty, however, during which it was announced that Shakespeare was part of the “Empire,” UCLA junked these individual author requirements. It replaced them with a mandate that all English majors take a total of three courses in the following four areas: Gender, Race, Ethnicity, Disability and Sexuality Studies; Imperial, Transnational, and Postcolonial Studies; genre studies, interdisciplinary studies, and critical theory; or creative writing.

In other words, the UCLA faculty was now officially indifferent to whether an English major had ever read a word of Chaucer, Milton or Shakespeare, but the department was determined to expose students, according to the course catalog, to “alternative rubrics of gender, sexuality, race, and class.”

Such defenestrations have happened elsewhere, and long before 2011. But the UCLA coup was particularly significant because the school’s English department was one of the last champions of the historically informed study of great literature, uncorrupted by an ideological overlay. Precisely for that reason, it was the most popular English major in the country, enrolling a whopping 1,400 undergraduates.

The UCLA coup represents the characteristic academic traits of our time: narcissism, an obsession with victimhood, and a relentless determination to reduce the stunning complexity of the past to the shallow categories of identity and class politics. Sitting atop an entire civilization of aesthetic wonders, the contemporary academic wants only to study oppression, preferably his or her own, defined reductively according to gonads and melanin.

Course catalogs today babble monotonously of group identity. UCLA’s undergraduates can take courses in Women of Color in the U.S.; Women and Gender in the Caribbean; Chicana Feminism; Studies in Queer Literatures and Cultures; and Feminist and Queer Theory.

Compare the humanists’ hunger for learning with the resentment of a Columbia University undergraduate, who had been required by the school’s core curriculum to study Mozart. She happens to be black, but her views are widely shared, to borrow a phrase, “across gender, sexuality, race and class.”

“Why did I have to listen in music humanities to this Mozart?” she groused in a discussion of the curriculum reported by David Denby in “Great Books,” his 1997 account of re-enrolling in Columbia’s core curriculum. “My problem with the core is that it upholds the premises of white supremacy and racism. It’s a racist core. Who is this Mozart, this Haydn, these superior white men? There are no women, no people of color.” These are not the idiosyncratic thoughts of one disgruntled student; they represent the dominant ideology in the humanities today.

W.E.B. Du Bois would have been stunned to learn how narrow is the contemporary multiculturalist’s self-definition and sphere of interest. Du Bois, living during America’s darkest period of hate, nevertheless heartbreakingly affirmed in 1903 his intellectual and spiritual affinity with all of Western civilization: “I sit with Shakespeare and he winces not. Across the color line I move arm in arm with Balzac and Dumas. . . . I summon Aristotle and Aurelius and what soul I will, and they come all graciously with no scorn nor condescension.”

It is no wonder, then, that we have been hearing of late that the humanities are in crisis. A recent Harvard report from a committee co-chaired by the school’s premier postcolonial studies theorist, Homi Bhabha, lamented that 57% of incoming Harvard students who initially declare interest in a humanities major eventually change concentrations. Why may that be? Imagine an intending lit major who is assigned something by Professor Bhabha: “If the problematic ‘closure’ of textuality questions the totalization of national culture. . . .” How soon before that student concludes that a psychology major is more up his alley?

No, the only true justification for the humanities is that they provide the thing that Faust sold his soul for: knowledge. It is knowledge of a particular kind, concerning what men have done and created over the ages.