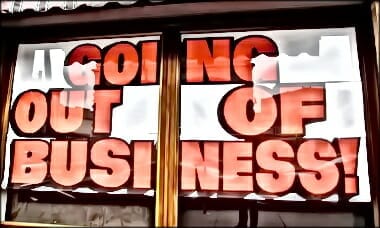 Dennis Prager discusses a Los Angeles Times Op-Ed article regarding minimum wage entitled: “Leaving for Las Vegas: California’s minimum wage law leaves businesses no choice.” Here is the bottom line from the article (and this will definitely make it into my ECON 101 page):

…Here’s what the math looks like: I pay my employees $10.50 an hour, plus productivity bonuses. In addition, I pay payroll taxes and one of the highest worker compensation rates in the state. Even still, I could likely absorb a minimum wage as high as $11.50 an hour. But a $15-an-hour wage for my employees translates into $18.90 in costs for me — or just under $40,000 a year per full-time employee.

…When the $15 minimum wage is fully phased in, my company would be losing in excess of $200,000 a year (and far more if my workforce grows as anticipated). That may be a drop in the bucket for large corporations, but a small business cannot absorb such losses. I could try to charge more to offset that cost, but my customers —the companies that are looking for someone to produce their clothing line — wouldn’t pay it. The result would be layoffs.

When Los Angeles County’s minimum wage ordinance was approved in July, I began looking at Ventura County, Orange County and other parts of the state. Then, when California embraced a $15 wage target, I realized that my company couldn’t continue to operate in the state. After considering Texas and North Carolina, I’ve settled on moving the business to Las Vegas, where I’m looking for the right facility. About half of our employees will make the move with us.

Nevada’s minimum wage is only $8.25 right now, so I can keep my current pay structure or possibly increase wages. Even in the event that Nevada raises its minimum wage, I’ll still be better off with reduced regulations, no state taxes, and significantly less expensive worker compensation insurance. I have had the opportunity to meet with Las Vegas city officials (including the mayor)…

Breitbart notes the impact of the impending law via California Gov. Jerry Brown

American Apparel, which provided 10 percent of all apparel manufacturing jobs in Los Angeles, has terminated 500 employees in the last two weeks. Chief Executive Paula Schneider also told the Los Angeles Times that “manufacturing of more complicated pieces, such as jeans, could soon be outsourced to a third-party company.”

The company did not tie the announcement directly to California Governor Jerry Brownsigning of the nation’s first statewide $15 minimum wage on April 4. But the layoffs started shortly almost immediately after Brown’s action, and were announced on April 14 as labor organizers filled Los Angeles streets with fast-food workers set to strike, supported by unionized home-care and child-care workers.

Lloyd Greif, Chief Executive of Los Angeles investment banking firm Greif & Co. told LATimes, “They’re headed out of Dodge.” He added, “They are going to outsource all garments. It’s only a matter of time.”

At the turn of the 21st Century, Los Angeles County was the “rag trade” capital of America. With 4,000 active apparel-making sites employing almost 90,000 workers, the Los Angeles area was over twice the size of the rag trade in the New York region.

Apparel-making got cut in half over the next decade, as Chinese and Asian imports coming through Los Angeles ports sky-rocketed to $46 billion. The number of local apparel-making sites fell to 2,200 and local industry jobs shriveled to 46,000.

But according to the California Fashion Association, Los Angeles apparel-making was back to growth by 2013 as a “steady inflation rate” in China, driven by higher labor costs, increasingly pushed apparel manufacturing and textile contractors to move to lower wage countries like Vietnam, Cambodia, and Bangladesh. Coupled with high sea, land, and air shipping costs, the advantage in outsourcing apparel-making versus U.S. manufacturing became much less attractive….