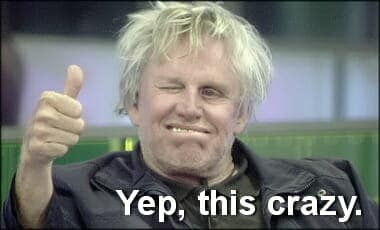 I was listening to Michael Medved’s “Disagreement Day” (Thursday, the third hour), when this unfortunate soul called into the show. The real reason I am uploading it is because it really struck me as a perfect representation of the state of the Democratic base right now.

That is… bat-shit crazy! 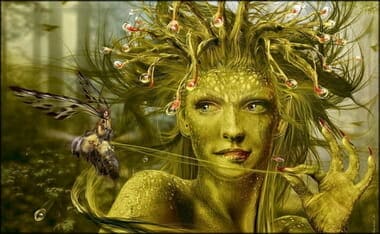 This comes from THE GUARDIAN by way of CLIMATE DEPOT:

James Lovelock’s parting words last time we met were: “Enjoy life while you can. Because if you’re lucky, it’s going to be 20 years before it hits the fan.” It was early 2008, and the distinguished scientist was predicting imminent and irreversible global warming, which would soon make large parts of the planet uninhabitably hot or put them underwater. The fashionable hope that windfarms or recycling could prevent global famine and mass migration was, he assured me, a fantasy; it was too late for ethical consumption to save us. Before the end of this century, 80% of the world’s population would be wiped out.

His predictions were not easy to forget or dismiss. Sometimes described as a futurist, Lovelock has been Britain’s leading independent scientist for more than 50 years. His Gaia hypothesis, which contends that the earth is a single, self-regulating organism, is now accepted as the founding principle of most climate science, and his invention of a device to detect CFCs helped identify the hole in the ozone layer. A defiant generalist in an era of increasingly specialised study, and a mischievous provocateur, Lovelock is regarded by many as a scientific genius.

What has changed dramatically, however, is his position on climate change. He now says: “Anyone who tries to predict more than five to 10 years is a bit of an idiot, because so many things can change unexpectedly.” But isn’t that exactly what he did last time we met? “I know,” he grins teasingly. “But I’ve grown up a bit since then.”

Lovelock now believes that “CO2 is going up, but nowhere near as fast as they thought it would. The computer models just weren’t reliable. In fact,” he goes on breezily, “I’m not sure the whole thing isn’t crazy, this climate change. You’ve only got to look at Singapore. It’s two-and-a-half times higher than the worst-case scenario for climate change, and it’s one of the most desirable cities in the world to live in.”

There are various possible explanations for his change of heart. One is that Lovelock is right, and the models on which his former predictions were based were fatally flawed. Another is that his iconoclastic sensibility made revision irresistible. An incorrigible subversive, Lovelock was warning the world about climate change for decades before it began to pay attention, and just when the scientific consensus began to call for intervention to prevent it, he decided we were already too late. But there is a third explanation for why he has shifted his position again, and nowadays feels “laid back about climate change”. All things being equal – “and it’s only got to take one sizable volcano to erupt and all the models, everything else, is right off the board” – he expects that before the consequences of global warming can impact on us significantly, something else will have made our world unrecognisable, and threaten the human race.

Lovelock maintains that, unlike most environmentalists, he is a rigorous empiricist, but it is manifestly clear that he enjoys maddening the green movement. “Well, it’s a religion, really, you see. It’s totally unscientific.” He was once invited to Buckingham Palace, where he told Princess Anne: “Your brother nearly killed me.” Having read that Prince Charles had installed grass-burning boilers at Highgrove, Lovelock had tried one in his house. “It’s supposed to smoulder and keep the place warm; but it doesn’t, because it goes out, and clouds and clouds of smoke come out.” He giggles. “Princess Anne thought this was hilariously funny.”….

What kind of people is Pope Francis surrounding himself with?  The fact that this Pope decided to choose German professor John Schellnhuber as his chief climate change advisor is raising a lot of eyebrows.  Schellnhuber doesn’t believe in God, but as you will see below, he does appear to believe in ‘Gaia’.  Schellnhuber has also advocated for the establishment of an “Earth Constitution”, a “Global Council” directly elected by the citizens of the world, and a “Planetary Court” that would serve as the pinnacle of a planetary legal system.  In addition, he believes that the “carrying capacity” of our planet is less than one billion people.  This is the man that the Pope has chosen to advise him on the issue that Pope Francis has made the centerpiece of his papacy.

The concept of ‘Gaia’ has deep roots in ancient paganism.  Many of the advocates of the ‘Gaia hypothesis‘ do not consider themselves to be religious, but in reality it is a kind of “scientific pantheism”.  This quasi-scientific theory was popularized by James Lovelock in his book entitled “Gaia: A New Look At Life On Earth“, and apparently this is a theory that Schellnhuber endorses.  The following is an extended excerpt from a recent article by William M. Briggs…

In the Gaia Principle, Mother Earth is alive, and even, some think, aware in some ill-defined, mystical way. The Earth knows man and his activities and, frankly, isn’t too happy with him.

This is what we might call “scientific pantheism,” a kind that appeals to atheistic scientists. It is an updated version of the pagan belief that the universe itself is God, that the Earth is at least semi-divine — a real Brother Sun and Sister Water! Mother Earth is immanent in creation and not transcendent, like the Christian God.

What’s this have to do with Schellnhuber? In the 1999 Nature paper “‘Earth system’ analysis and the second Copernican revolution,” he said:

Ecosphere science is therefore coming of age, lending respectability to its romantic companion, Gaia theory, as pioneered by Lovelock and Margulis. This hotly debated ‘geophysiological’ approach to Earth-system analysis argues that the biosphere contributes in an almost cognizant way to self-regulating feedback mechanisms that have kept the Earth’s surface environment stable and habitable for life…. 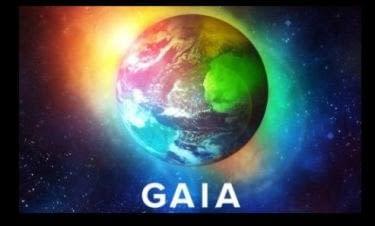 Some updated info via Climate Depot:

Lovelock, on BBC TV, slams the global warming claims including those of of the United Nations climate panel. ‘They just guess. And a whole group of them meet together and encourage each other’s guesses.’ Lovelock was once one of the leading voices of climate alarm. See:

And from What’s Up With That:

From the Guardian, where I find it surprising they actually printed it:

Environmentalism has “become a religion” and does not pay enough attention to facts, according to James Lovelock.

The 94 year-old scientist, famous for his Gaia hypothesis that Earth is a self-regulating, single organism, also said that he had been too certain about the rate of global warming in his past book, that “it’s just as silly to be a [climate] denier as it is to be a believer” and that fracking and nuclear power should power the UK, not renewable sources such as windfarms.