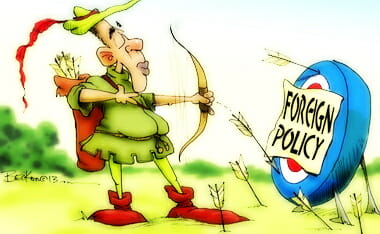 From the petty — such as his buttinsky remarks regarding Britain and the EU — to the tragic — his failure to support the 2009 Iranian revolution — Barack Obama and his “Smart Diplomacy” has been an absolute catastrophe the the United States and her allies, and a huge boon to those countries that wish us harm. (DONATE to Bill Whittle HERE) 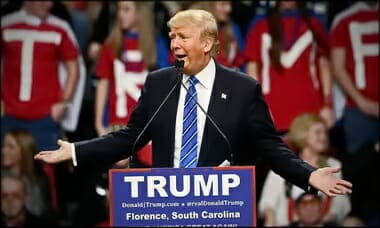 Democrats are more afraid of global warming than the threat posed by the Islamic State terrorists, according to a new Pew Research Center poll.

The poll shows that 68 percent of Democrats believe that global climate change is a major threat to the United States, compared to just 25 percent of Republicans.

In contrast, 65 percent of Democrats believe that ISIS is a major threat, three points less than climate change. Seventy-eight percent of Republicans cited ISIS as a major threat -+ a partisan difference of 13 points.

Here is more from Pew:

Wow, no idea of the world they live in. Astonishing: New Poll Reveals Why Democrats Might Not Be Able To Protect The Country From ISIS

….The wide-ranging study indicated that 68 percent of Democrats see global climate change as a “major threat” to our nation, while only 65 percent say the same about ISIS. The number of Democrats worrying about global warming is also higher than those concerned about al Qaeda’s threat–and a full 10 points higher than the number who think North Korea’s nuclear program is a significant threat.

By comparison, eight in 10 Republicans define al Qaeda and ISIS as major threats, compared to just one quarter who feel the same about climate change. Among independent voters, those worried about al Qaeda (69 percent) and ISIS (63 percent) make up significantly larger groups than the 44 percent who see global warming as a major threat.

The poll also touched on a number of other international issues, including participants’ view of the role America plays on the global stage. While more than half of all those surveyed in a similar study last November felt the U.S. did too much to assist in solving the world’s problems, only 39 percent offered the same opinion in the latest poll.

As for America’s status as a world leader, the number who see the nation as occupying a “less important and powerful role than 10 years ago” has spiked in recent years.

Midway through George W. Bush’s presidency, just two in 10 respondents provided that opinion. Six years into the Obama administration, however, about half of those polled believe our global status has diminished over the past decade.

(Foreign Policy Magazine) From the bloody civil wars in Africa to the rag-tag insurgiences in Southeast Asia, 33 conflicts are raging around the world today, and it’s often innocent civilians who suffer the most.