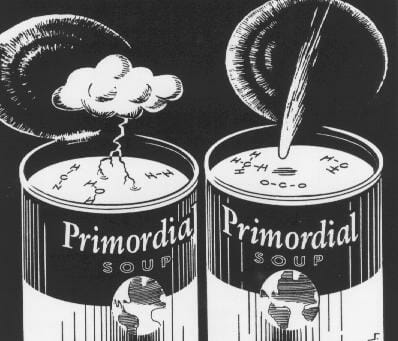 The above video is the “perhaps” of modern science, that the below refutes with more updated information. 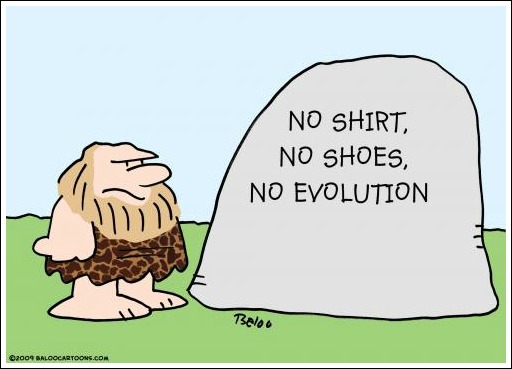 This is with a h-t to Fazale Rana. Fazal wrote on the matter here, “Sea Vents Closed as Life-Origin Site.” Below are some excerpts from the Science Daily article:

One of the greatest mysteries facing humans is how life originated on Earth. Scientists have determined approximately when life began (roughly 3.8 billion years ago), but there is still intense debate about exactly how life began. One possibility — that simple metabolic reactions emerged near ancient seafloor hot springs, enabling the leap from a non-living to a living world — has grown in popularity in the last two decades.

Recent research by geochemists Eoghan Reeves, Jeff Seewald, and Jill McDermott at Woods Hole Oceanographic Institution (WHOI) is the first to test a fundamental assumption of this ‘metabolism first’ hypothesis, and finds that it may not have been as easy as previously assumed. Instead, their findings could provide a focus for the search for life on other planets. The work is published in Proceedings of the National Academy of Sciences.

In 1977, scientists discovered biological communities unexpectedly living around seafloor hydrothermal vents, far from sunlight and thriving on a chemical soup rich in hydrogen, carbon dioxide, and sulfur, spewing from the geysers. Inspired by these findings, scientists later proposed that hydrothermal vents provided an ideal environment with all the ingredients needed for microbial life to emerge on early Earth. A central figure in this hypothesis is a simple sulfur-containing carbon compound called “methanethiol” — a supposed geologic precursor of the Acetyl-CoA enzyme present in many organisms, including humans. Scientists suspected methanethiol could have been the “starter dough” from which all life emerged.

The question Reeves and his colleagues set out to test was whether methanethiol — a critical precursor of life — could form at modern day vent sites by purely chemical means without the involvement of life. Could methanethiol be the bridge between a chemical, non-living world and the first microbial life on the planet?

Carbon dioxide, hydrogen and sulfide are the common ingredients present in hydrothermal black smoker fluids. “The thought was that making methanethiol from these basic ingredients at seafloor hydrothermal vents should therefore have been an easy process,” adds Reeves.

The theory was appealing, and solved many of the basic problems with existing ideas that life may have been carried to Earth on a comet or asteroid….

“What we essentially found in our survey is that we don’t think methanethiol is forming by purely chemical means without the involvement of life. This might be disappointing news for anyone assuming an easy start for hydrothermal proto-metabolism,” says Reeves. “However, our finding that methanethiol may be readily forming as a breakdown product of microbial life provides further indication that life is present and widespread below the seafloor and is very exciting.”

The researchers believe this new understanding could change how we think about searching for life on other planets.

Uncommon Descent notes the following after quoting the above Science Daily article:

As noted earlier, origin of life is a problem in the origin of huge amount of information and looking for a way it happened due to some fluke has always been a waste of time.

Software engineer Arminius Mignea’s specifications for a simplest self-replicator in Engineering and the Ultimate would be a useful read on that score. It advances the discussion by setting out what origin of life (by human or other hands) models should look like, to merit consideration.

Too often, people play rhetorical games that sound like: “Life happened, so my ‘stink world’ is plausible” or “The prevailing consensus says Stink World is plausible, therefore life.”

It’s a form of homage to philosophical materialism, not science really, and it suck in lots of well-meaning people. They don’t realize that when we are asked to accept an inherently implausible idea because it is materialist, we are invited to put materialism above every other consideration, including logic, reason, and evidence.

My title, “An Atheist Response Turns Into Evidence of God,” is worded that way because if the evidence used against God is said to be proof against His existence… and later it is shown that such evidence actually support the God hypothesis, it doesn’t cease being evidence, it just changes columns (or can be in both). Much to the skeptics chagrin. (In other words, “natural evil” turns out not to be so evil.)

Another example is that hurricanes help to regulate the earths temperature, and cause “sea deserts” to bloom… assisting in many ways earth’s climate:

Why are these “blooms important, you ask? Well, it produces most of the worlds oxygen, in fact, in an article entitle Plankton and Oxygen, we read:

For the most part, the air that we breathe today is partly produced by terrestrial organisms such as plants and trees. Trees and other plant life contribute greatly to the contribution of oxygen in our atmosphere.

And without which, almost all living organisms would not survive. But did you know that aside from trees and other botanical organisms, there are other sources of oxygen as well? And these organisms are called Phytoplankton.

Every living organism that derives their food from the sea, such as fish, large whales, shrimp, birds and even humans have a lot to thank plankton for. Planktons are single celled organisms that live at all different levels of the ocean’s surface. This is because planktons are divided up into different categories, and each group has its own need for sunlight and nutrients. Every level in the ocean has specific nutrients that planktons feed on.

There are mainly two types of plankton in the world; the small plants that are called phytoplankton, and the other one are tiny animals called zooplankton. These organisms cannot be seen by the naked eye, but if they are grouped under the water, they appear to be green colored substances moving around with the current. In fact, if you research satellite images of plankton, you can see whole oceans with spots of green plankton all over.

And what makes this organism so fascinating is its ability to convert carbon dioxide into life giving materials that spawn new life under the sea. This process is called photosynthesis, and all living organisms above and under the sea are benefiting from plankton’s productivity because of its release of oxygen. It has been confirmed by scientists and researcher that plankton contributes to up to 90% of the world’s oxygen supply….

To support the above, via The Columbia Tribune:

….”Most certainly,” says Steve DiMarco, a Texas A&M University oceanography professor who for 16 years has studied the Gulf of Mexico, which has a “dead zone” where oxygen-depleted water can kill marine life.

In early July, most of the Texas-Louisiana shelf from Freeport, Texas, to the Mississippi River Delta was hypoxic – meaning the salt water has lost large amounts of oxygen. Later in July, Hurricane Dolly disrupted the dead zone and re-oxygenated the shallow waters south of Louisiana and the entire shelf off Texas. Oxygen levels started to drop again within days after the storm.

Hurricane Ike re-oxygenated the shelf when it made landfall Sept. 12 in Texas. The latest data collected in October showed oxygen concentrations nearly all at normal levels, DiMarco said….

For even more examples, head over to Wintery Knight and his post on the matter, “Why does God allow so much natural evil from phenomena like earthquakes?” For example, plate-tectonics and earthquakes are turning out to be an observed necessity for life to exist (as Fazale was mentioning):

…New research provides yet another component that appears fine-tuned for life. In a letter in the September 27, 2007 issue of Nature together with a corresponding news release from the University of Bonn, Arno Rohrbach and his colleagues have discussed another mechanism similar to the carbonate-silicate cycle. It also depends on plate tectonics but, in this case, the mechanism controls the amount of oxygen on the surface of the Earth.

Oxygen becomes bound up in various oxides which are then drawn into the Earth’s interior, where various processes result in its being incorporated into an exotic mineral called majorite. The results reported in this letter established that majorite functions as a kind of “reservoir” for oxygen, and when the majorite ascends nearer to the surface of the Earth it breaks down and releases its oxygen. Some of this oxygen also binds with hydrogen released from the interior of the Earth to form water. The authors have referred to the whole process as an “oxygen elevator.”

They go on to say that “without the ‘oxygen elevator’ in its mantle the Earth would probably be a barren planet hostile to life. According to our findings, planets below a certain size hardly have any chance of forming a stable atmosphere with a high water content.”

This research confirms the existence of one more finely tuned mechanism that depends on plate tectonics and contributes to an environment that can support life. It also gives humans one more reason to be appreciative rather than dismayed when we experience an earthquake that breaks some precious possessions beyond repair.

In other words, the skeptic should be THANKING God for the environment that allows life. The gift of life and the opportunity to know and have a relationship with your Creator is a miracle! And is why God is a jealous God and burns with righteous anger at the rejection of giving Him alms — instead the non-regenerate use even their breath to curse Him.