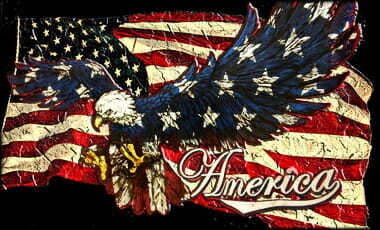 (School is in!) Mark Levin shares his study of the U.S. Constitution and it’s Founding. The American Founding. Levin discusses the miracle of the death of the two men key to the Declaration’s appearance (Jefferson and Adams) on the Fourth of July. He then treads into progressive waters and the current dislike of our American Founding as compared to history. He reads from Woodrow Wilson (our first Ph.D. President) and his disdain for the Founding document and Principles. Then a reading from — really a counter point — Calvin Coolidge to cement the idea that these are eternal principles. Levin wonders aloud how Leftists can even celebrate the 4th in good conscience.

About the Declaration there is a finality that is exceedingly restful. It is often asserted that the world has made a great deal of progress since 1776, that we have had new thoughts and new experiences which have given us a great advance over the people of that day, and that we may therefore very well discard their conclusions for something more modern. But that reasoning can not be applied to this great charter. If all men are created equal, that is final. If they are endowed with inalienable rights, that is final. If governments derive their just powers from the consent of the governed, that is final. No advance, no progress can be made beyond these propositions. If anyone wishes to deny their truth or their soundness, the only direction in which he can proceed historically is not forward, but backward toward the time when there was no equality, no rights of the individual, no rule of the people. Those who wish to proceed in that direction can not lay claim to progress. They are reactionary. Their ideas are not more modern, but more ancient, than those of the Revolutionary fathers. — Calvin Coolidge (POWERLINE)

BTW, if one does not know the history of the fourth in regard to Jefferson and Adams, or the eternal principles BEHIND the Declaration, here are some decent videos: 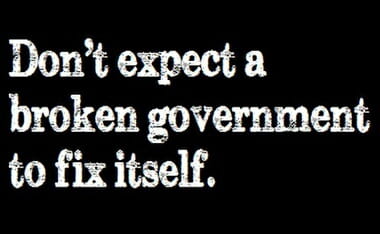 (Mark Levin audio at the bottom of the post)

“…As for me and my family, we will worship Yahweh” (Joshua 24:15). Gregory Koukl has a challenging word of encouragement for the believer. We will have to fortify our will here in America to defend truth. Such a defense requires sticking to your guns (proverbial, not real), which, may have consequences for employment, acceptance, and the like. See more at http://www.str.org/

Breitbart has this interesting note of newspapers practicing a form of bigotry against Christians:

A newspaper in Harrisburg, PA has announced henceforth it intends to censor certain views about marriage deemed no better than racism, sexism, anti-Semitism.

John L. Micek, editorial page editor and formerly state capital reporter, made the announcement shortly after the Supreme Court handed down its imposition of gay marriage on the county. Micek wrote:

“As a result of Friday’s ruling, PennLive/The Patriot-News will no longer accept, nor will it print, op-Eds and letters to the editor in opposition to same sex marriage.” In a Tweet later in the day, Micek doubled down, “This is not hard: We would not print racist, sexist, or anti-Semitic letters. To that we add homophobic ones. Pretty simple.”

Feeling the heat, Micek later appeared to back down just a bit, but did he? “Clarification: We will not foreclose discussion of the high court’s decision, but arguments that gay marriage is wrong/unnatural are out.” ….

The above sort of reminds me of the many famous pictures (below) of leftist tyrants that merely removed people from pictures… as if they never existed. Likewise, the left will begin to reject that Plato, Socrates, Aristotle, Siddhārtha Gautama, Moses, Confucius, Jesus ~ on-and-on ~ have never supported these relations as mainstream. But we will start to get an expunging of history and historical giants of religious and moral theory as not as “enlightened” as the “liberal elite.” This generation knows better than all the preceding history and our own in order to say, using VtheK’s adaptation:

Liberal Elite: I say “elite” almost tongue and cheek. Elite in the past would mean a small group of people who were very wealthy or a condensed group of people who either were specialists in their field or thought they were. And these Elite would PLAN[icon name=”bullhorn” class=”” unprefixed_class=””] for others what they themselves either wanted or could never hold to themselves.

Today, however, with a generation growing up with getting participation trophies for anything they were involved in, passing out birthday cards to everyone in a classroom so people’s feelings are not hurt, or not playing sports that would have competition as its goal (winners or losers) or exclude a gender… elite is the entire swath of progressive liberals.

Some may not even know how to classify themselves as fitting into this camp. They may not have even the tools presented to them through high-school and college to self reflect on their worldview. It doesn’t matter, even if they do not know they have a worldview guiding their lives, they have allowed progressivism to do it for them, blinded by good intentions, not knowing every tyranny was for “good intentions.”

Who are the liberal elite? Half our nation. Elitist in the idea of their hubris and ego (controlling gender and weather through legislation, and changing God’s or Natures edict of the ideal environment to raise children). All have given themselves a pat on their back and a participation trophy. Elitist in that they have rejected 5-to-6 thousand years of man (written history) applying things to see if they work or do not work. Elite in their vacuous “atta boys.” Elite in the fact that they have swallowed empty accolades and propaganda dressed up as “equality.”

LEGENDS in their own minds.

The men who wrote our Founding Documents were students of history and philosophy, religious and political.

The Elites of today are students of their own good-pleasure or in a constant flux of emotive states… doing only what makes them tickled pink inside.

The Bible is different however. It is here to stay… even in those socialist, virulently anti-Christian countries and movements… Christianity survived. While I think the American Church will start to feel the persecution and stresses of most of the Church in other places of the world… we Americans are a different breed. We live under the greatest document of restrictions on a government… and clear advice for stopping a government that is out of control — and it is out of control:

“Today’s decree says that my Ruler, and the Ruler of 320 million Americans coast-to-coast, is a majority of the nine lawyers on the Supreme Court,” Scalia said.

“This practice of constitutional revision by an unelected committee of nine, always accompanied (as it is today) by extravagant praise of liberty, robs the People of the most important liberty they asserted in the Declaration of Independence and won in the Revolution of 1776: the freedom to govern themselves.”

The conservative justice railed against his fellow justices, calling the majority opinion “egotistical” and pointing out that the justices were a homogeneous group that didn’t represent the people. As proof, Scalia pointed out that many went to the same law schools, and none were evangelical or protestant Christians.

the Fifth Amendment is that emergency parachute. Here is Mark Levin proposing an option for us to consider: