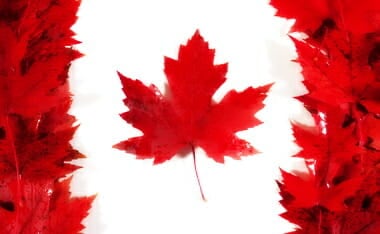 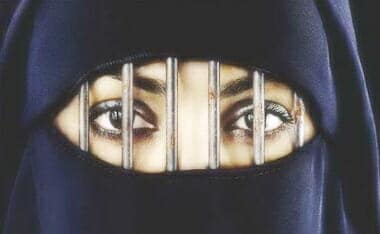 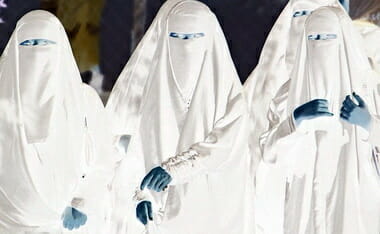 (Via VLAD) Above is the Global video with some of my observations built in. Frankly it still amazes me how nearly everyone in the media misses the point. The uniform is a declaration of an ideology that is fully unacceptable to the vast majority of Canadians if they were honest with themselves as to the nature of that ideology.

Canadians, American, and Europeans are cowed into a false narrative that to speak one’s mind about Islam and it’s fascist mentality is somehow wrong. As wrong as it is to speak out against Communism and Nazism.

Are You My Mommy? (Jihad Watch) …Children need eye contact and to be able to study the mother’s facial expressions for many reasons. Among them are:

1) The child learns to read and understand the emotions of others (empathy).
2) He or she learns about non-verbal communication (which is necessary for developing social skills).
3) They can see on their mother’s face if they are loved and safe, and if a situation is dangerous or not (which is necessary for the child’s basic feeling of security).

…Imagine how your baby would react if you put a mask or a piece of cloth on your face every time you went outside the house. Among the most important consequences are:

a) The child has less time during the day where he or she is stimulated with eye and face contact.
b) The child is not able to see the mother’s non-verbal communication with people outside the family.
c) Not being able to get a loving smile or comforting eye contact, it is very much up to the child itself to estimate whether he or she is loved and safe — and as especially small children are unable to do this, they are deprived of this source of basic security in a lot of situations.

From Vlade Tepes’ “about me” page:

Islam is a religious political and cultural system. Its no more deserving of protection than that of Nazism or Communism with which, by the way, it shares a great deal. Islam is not a race and therefore criticism of it is not racist.

The host is very good looking. I would recommend turning the sound off when she speaks though. Her analysis is, well, lets say no one hired her for it.

“We will never get anywhere unless we all communicate, we all speak together”

Wow! If only I had known! We could solve the problem of total Islamic intransigence, terror, supremacism just by speaking to one another. The host should be licking stamps somewhere for a charity. Her analysis is staggeringly vacuous and her knowledge of this subject is actually much worse than none. She is chockablock full of fake knowledge of Islam which is much worse than knowing nothing about it.

Stacey Dooley should study a bit more on Taqiyya

From a young Iranian woman suffering from Islam rules in Iran to all my sisters in the world especially TUNESIAN AND EGYPTIAN : It’s not just about Hijab that would make you suffer, it starts with Hijab which is a tool to control you then comes other forms of restrictions and limitations, violating all your basic rights. The aim is to make a good society for men not women and children….

(Libertarian h/t) I thought it was telling that even though she is covered head-to-toe, she still hid behind her lawyer from the press. This is the “light of day” thing on roaches:

Nobody checked his Face to verify his identity.

“You don’t even have to have proof of citizenship” anymore.

“I believe in personal liberty, even if I find some expressions of personal liberty a bit peculiar. I don’t think we should be regulating what people wear but when a citizen comes to deal with the government, particularly to exercise their right to vote, I think it’s entirely reasonable that we say we need to confirm who you are and a facial identification is a reasonable way of doing that,”

Atlas Shrugged has this:

…Outbursts of public condemnation overturned a similar initiative earlier this year by Quebec’s Election Commission. The Commission was forced to reverse its consent to “burqa voting” when offended Quebec citizens and public interest groups threatened civil disobedience at election time. Highlighting the problem of double standards and arbitrariness, voters promised to attend polls with their faces covered by paper bags, sheets, hockey masks and other head coverings, and to assert “sensitivity” and special religious privilege as their justification for doing so.

“Elections Canada’s initiative violates the basic premise of public voting in Canada and the principle of equality of all Canadians before the ballot box. It is an invitation to fraud, misrepresentation and the debasing of our democratic electoral system,” said David Harris, CCD Senior Fellow for National Security.

Beyond the ballot box, religious face coverings have at times been misused in Canada and around the world to facilitate fraud and other criminal acts. Veiling has been used abroad to advance terrorist operations, including suicide bombings. Such risks compelled France to ban the burqa in certain public spheres, and the Netherlands’ government among others is considering doing the same. And last fall in Quebec, ADQ leader Mario Dumont went beyond the ballot box issue, stating that he did not “rule out the possibility of laws to make illegal the wearing of the burqa.” Yet some of Canada’s elites, apparently unfazed by the threat to electoral integrity and public safety, appear helpless in the face of radical lobbying in the name of “accommodation”.