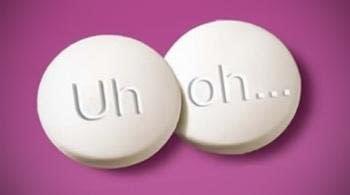 An interesting post (@HotAir) caught my attention in regards to birth-control, and the dangers associated with them. Again, the Left has a vision which it thinks will increase choices made in the utopian dreams envisioned of a perfect society. But what leftism fails to do which conservatism does is ask three questions:

Here is the article:

…First it was former Winter Olympics hopeful and former Townhall.com intern Megan Henry — sidelined due to use of the intrauterine device NuVaRing — whose joining of a class-action lawsuit against NuVaRing parent company Merck Pharmaceuticals made news across the country.

Then there was a 10,000-word essay from Vanity Fair, which asked “why, despite evidence of serious risk, a potentially lethal contraceptive remains on the market.” And Ricki Lake’s documentary on hormonal contraception and “the unexposed side effects of these powerful medications” is getting backlash from writers at Jezebel.com and Slate.

Registered nurse and pro-life activist Jill Stanek told me this exposure is no surprise, delayed though it is:

“In 2005, the World Health Organization classified the morning-after pill as a Class 1 carcinogen — as dangerous as cigarette smoke and asbestos,” Stanek said. “With all of the studies showing links between oral contraception and greater chances of glaucoma, heart risk and breast-cancer risk, it’s amazing any women use them. And the NuvaRing lawsuit shows how dangerous hormonal contraception is.”

“The American people are belatedly finding out from the mainstream media just how far we’ve gone off the path of proper care of the bodies of women,” stated Stanek. She said media attention to the issue, as well prominent political attention to issues like the HHS contraception mandate, has created “a perfect storm for greater knowledge by women about why they should use better wisdom and responsibility in their sexual practices.”

Obviously, women won’t stop using birth control overnight — and their male sex partners aren’t likely to ask them to stop — but it’s important that young women receive all of the facts surrounding the use of contraception. This is especially true as the HHS mandate forces coverage of products with literally deadly potential.

“I think we have deluded ourselves into believing that people don’t know that abortion is killing. So any pretense that abortion is not killing is a signal of our ambivalence, a signal that we cannot say yes, it kills a fetus, but it is the woman’s body, and therefore ultimately her choice.” ~ Faye Wattleton, past President of Planned Parenthood

Girls as young as 13 have been fitted with contraceptive implants at school without their parents knowing.

The procedure was carried out in Southampton, Hants, as part of a government initiative to drive down teenage pregnancies.

As many as nine secondary schools in the city are thought to have been involved.

But it has caused a backlash from parents who weren’t aware that their daughters had been fitted with the 4cm device, which sits under the skin.

It is currently unknown exactly how many youngsters have taken part in the scheme.

This next portion comes from a debate I am having [had] on FaceBook, in which I pointed out the very false idea that PPH offers only 3% abortive procedures to women out of their entire health services. Planned Parent ‘Hood’ would like you to believe this:

But in reality they are doing this: