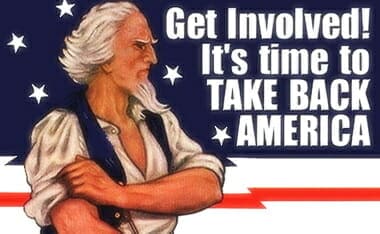 If saying “take back our country” is racism in disguise… what does this mean for the Democrats in the above video?

A slightly longer version can be found here. The first point I want to make, via NewsBusters, is that Democrats used (and use) the phrase “take our country back.” For instance:

“Taking Back America” Wasn’t Racist Until Liberals Stopped Saying It

…In declaring his run for the presidency, Howard Dean told a crowd in Burlington, Vermont, “You have the power to take our county back!” A little more than half a year later, when Dean was ousted from the Democratic primary, he said the same thing once again. Nine days later, he again said “I’ll be doing everything that I can to make sure that John Kerry and John Edwards take this country back.”

In fact, Howard Dean was such a fan of the phrase, he even wrote two books incorporating it into their titles: “You Have the Power: How to Take Back Our Country and Restore Democracy in America” and “Winning Back America“. From whom? He doesn’t say. But clearly he’s a racist.

As is Hillary Clinton. In a stunning show of racial bigotry, Clinton opened her 2008 run for president by declaring the she would “take our country back.”

Chuck Schumer: also a racist. After the 2006 midterms, he stated: “We really care about taking our country back… So far, sooo good.”

Prominent Democratic strategists James Carville and Paul Begala are also racists. They coauthored a book in the run-up to the last presidential election titled “Take It Back: A Battle Plan for Democratic Victory.”

And how about the racist Katrina vanden Hevuel, editor of the far-left, near-bankrupt magazine The Nation. She’s also a racist for penning a book titled “Taking Back America“.

Liberal talk show host Thom Hartmann also cannot restrain his racist views. The title of his book, “We the People: A Call to Take Back America” is clearly rooted in bigotry…

I have to say that Marooned in Marin did a bang up job in keeping these videos available, in one place!

So the question becomes, if it is racist for the T.E.A. Party… why is it not for Democrats? Breitbart points out the obvious (as did NewsBusters)… lying about racial incidents in our electronic age is getting harder-and-harder:

…Don’t forget that the big story occupying the news cycle the weekend of March 20, 2010 was that racist Tea Party protesters in Washington DC yelled the “N-Word” at civil rights icon Rep. John Lewis as he walked across the mall to the capitol building that sunny afternoon.  The story led all the cable shows, the Sunday shows and was the main lede in every print column about the historic events that weekend.

The media repeated the lie without ever asking a single question of the dubious man who made the audacious claim, Rep., Andre Carson.  Only one man dared to question the bogus tale, Andrew Breitbart.  He offered $10,000 to the United Negro College Fund for any evidence of the slander. He upped it to $100,000. Nothing.

The Congressional Black Caucus didn’t want to talk about it anymore.  They had done their job.  They had distracted the media. They had gotten their president’s signature piece of legislation passed. Nothing to see here, move along.

Andrew didn’t let it go.  He found four individual videos that proved Carson’s tale was a lie. The media ignored it. They still do…. 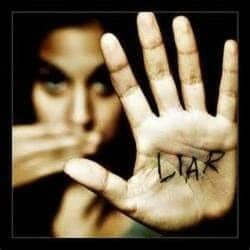