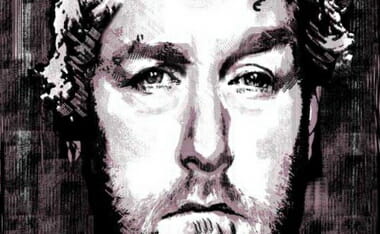 When leftists create special rights, rather than equal rights, you get the below (via The Blaze):

The case now presents a unique legal dilemma, according to reports, since Oregon law forbids discrimination based on sexual orientation, and the U.S. Constitution protects Klein’s freedom of religion.

Klein has two weeks to file his official account what happened before the attorney general’s office decides how to proceed.

Some reflection on the issue at stake here:

Liberty, equality, fraternity was the slogan of the French Revolution. Liberty and equality were the Revolution’s operative goals, and fraternity was brought in as a cement to hold them together. For liberty and equality are not necessarily in harmony and, in fact, are often at war with each other. Keeping the peace between them therefore became the role of fraternity. Alas, fraternity has not been terribly successful at it, as the history of class struggle since the French Revolution has shown.

Liberal democracy understands rights as immunities from governmental interference. Their function is to prevent government from unduly restraining any individual’s liberty. The egalitarian conception of rights is much broader than the classical liberal one and includes a wide range of positive benefits to be conferred by government. It tends toward an equality of results rather than merely of opportunities. To put it crudely, it means not only that you are free to apply for the job, but that you get it and you keep it.

Liberal democratic thought has as its economic counterpart the ideology of capitalism and a free-market economic system. The egalitarian stream ushers in the ideology of socialism and a government dedicated to bringing about substantial economic equality among all citizens.

Liberalism as it exists in the United States today is an effort to have the best of both ideological worlds. It assigns to government the duty of fostering, not complete economic equality, but general and a more equal share in it for all citizens. At the same time, through an ever-expanding array of civil rights, it seeks to emancipate the individual from religious, moral, and social restraints that are not of his own choosing. The contemporary liberal ideal would be a country in which everyone was employed at high wages in work which he/she found fulfilling, without distinction of race, color, creed, gender, ethnic origin, educational background, or sexual preference, and could live by any “lifestyle” that he/she chose.

Contemporary American conservatism is largely a reaction to this brand of liberalism, and therefore is a mixed bag of views. Among its adherents we find “conservatives” who are really nineteenth-century liberals eager to get government off the back of business. We also find “social-issue” conservatives angered by the liberal dissolution of our public morality. Still others are “libertarians” who want no public morality at all but oppose liberalism because of the large role it gives government. Another group of conservatives are regionalists or “states-righters” who are against not government as such, but the federal government.

The ideological conflict between and among liberals and conservatives is carried on in terms of liberty and equality.