Why were federal tax subsidies extended for wind and solar by Congress? Again. For the umpteenth time! We are against subsidies because they distort markets. Those politicians who support these market-distorting policies should at least be forced to answer the question: “How much is enough?” Taxpayers have been subsidizing wind and solar corporations for more than 40 years! These companies have gotten fat and happy on your money, and Congress keeps giving them more of it. This video is based on a Texas Public Policy Foundation report that explains why it’s long past time to stop wind and solar from stuffing their bank accounts with your tax dollars. 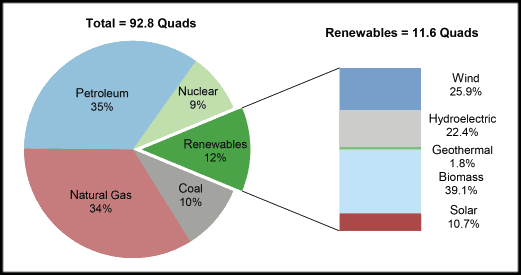 This is from a recent BLOOMBERG article:

At his international climate summit in April, President Joe Biden vowed to cut U.S. greenhouse gas emissions in half by 2030. The goal will require sweeping changes in the power generation, transportation and manufacturing sectors. It will also require a lot of land.

Wind farms, solar installations and other forms of clean power tend to take up more space on a per-watt basis than their fossil-fuel-burning brethren. A 200-megawatt wind farm, for instance, might require spreading turbines over 13 square miles (36 square kilometres). A natural-gas power plant with that same generating capacity could fit onto a single city block.

Achieving Biden’s goal will require aggressively building more wind and solar farms, in many cases combined with giant batteries. To fulfill his vision of an emission-free grid by 2035, the U.S. needs to increase its carbon-free capacity by at least 150%. Expanding wind and solar by 10% annually until 2030 would require a chunk of land equal to the state of South Dakota, according to Princeton University estimates and an analysis by Bloomberg News. By 2050, when Biden wants the entire economy to be carbon free, the U.S. would need up to four additional South Dakotas to develop enough clean power to run all the electric vehicles, factories and more.

Earth Day 2021 is April 22nd. Therefore, eco-activist groups will be preaching the gospel of wind & solar power and the importance of biodiversity. What those trying to “save the planet” fail to understand (or more likely ignore) is that these two priorities are in direct conflict. Wind & solar require far more land than nuclear, natural gas and coal power. They are also far more destructive to regions of high biodiversity as well as large birds, bats and endangered species. As we celebrate Earth Day, let’s consider the significant environmental consequences of attempting to provide electricity through low density, unreliable sunshine and breezes.

Vice President Joe Biden aims to be the most progressive president on the issue of climate change. The man who spent most of 2020 hiding in the basement believes the future of energy is renewable energy like wind and solar. Biden should go back to the basement, watch Michael Moore’s “Planet of the Humans,” and rethink his advocacy for renewable energy. Wind and solar are not the answer, and the idea of converting our fossil fuel-based economy into renewables could be a devastating take-down to society.