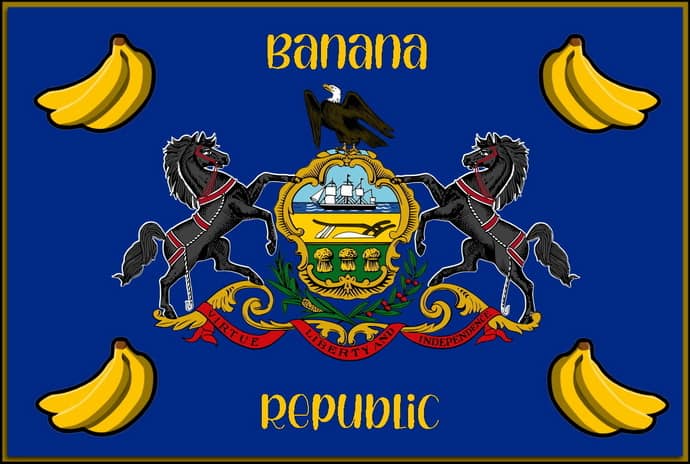 The Pennsylvania Supreme Court just confirmed what many have thought was a myth. Here is an example from a video upload of mine (WATCH THE FIRST 25-SECONDS…. that’s not too much to ask is it?):

….Observers were forced to stand 30 to 100 feet away from the ballot counting and resorted to using binoculars. NEWSLA rightly calls PA a Banana Republic: 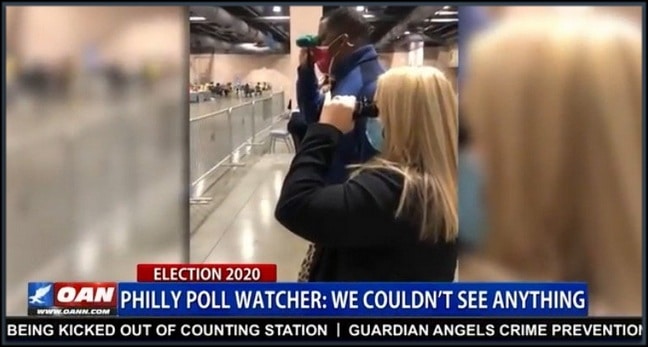 President Trump was up by nearly 700,000 votes on election night in Pennsylvania when all of a sudden vote counting came to a halt.

This is when crooked officials in Philadelphia and Pittsburgh got to work stealing the election for Joe Biden.

Millions of ballots appeared within a few days and hundreds of thousands of ballots were counted for Joe Biden as officials blocked GOP poll observers from having access to the vote counting centers.

GOP poll observers and lawyers for President Trump’s campaign were blocked from observing the process despite a court order from an appellate judge.

According to the court order, GOP observers must be allowed within 6 feet of the ballot counting.

Observers were forced to stand 30 to 100 feet away from the ballot counting and resorted to using binoculars.

The Pennsylvania Supreme Court on Tuesday said all the state law requires is observers be allowed “‘in the room’ where ballots are counted. The law does not set a minimum distance between them and the counting tables…The legislature didn’t provide one, and the court can’t, either.”