This story was originally brought to my attention via Gateway Pundit:

No MORE war on Iraq! Chicago says NO! Emergency action in protest right now. The protest was sponsored by the communist World Can’t Wait organization.

The protest was organized to counter-protest the Christians protesting against ISIS genocide.

Despite the genocide of Yazidis in Iraq the left carried “Hands off Iraq” signs….

Gay Patriot comments on their blog that “These people obviously inhabit some alternative reality where genocide is okay as long as Mohammedans are committing it and Obama staunchly supports Israel.” Truly an alternate reality.

And I asked on my FaceBook why the left always supports murderous regimes of a genocidal magnitude, mentioning Stalin, Hitler, Moa, and others. (Or, alternatively, lionize those leftists who support such genocidal movements.) To which I got this moral equivalency from a Democrat in the comment section on my FB:

✦ Reminds me of that ultra conservative “church” that “always” shows up at military funerals… From Kansas I think. They manage to add misery to misery. Why hasn’t someone “taken out” those idiots?

A few things I wish to mention in slightly more depth here than I did to my friend. One from a previous post where there are photos of Fred Phelps, the head of the Westboro Baptists — whom my friend was referencing — with the Clinton’s as well as Al and Tipper Gore. Why? This is why:

The other day I was listening to the Michael Medved and I heard something I didn’t know that I think is very important for the general public to be aware of as they stand around the water cooler and discuss current events. A recent event one being the 8-to-1 decision in favor of the hate group/cult Fred Phelps is leader of, the Westboro Baptists. The information I was unaware of was that he ran for office five times – each time as a Democrat.

Another point worth making is that left leaning individuals, like the Phelps, are continuing the proud Democratic tradition of misinterpreting the Scripture.

My other point I made but will make here a bit more in-depth, is about the Left’s ability to morally equate two subjects not related. (My friend wasn’t trying to do it specifically I think, but other’s I have met [Democrats] do. That is, place the Westboro Baptists on equal footing with murderers — or — an ideology that is violent.) Let us look at some ISIS/ISIL activities, most of the people killed by them are non-Sunni Muslims: 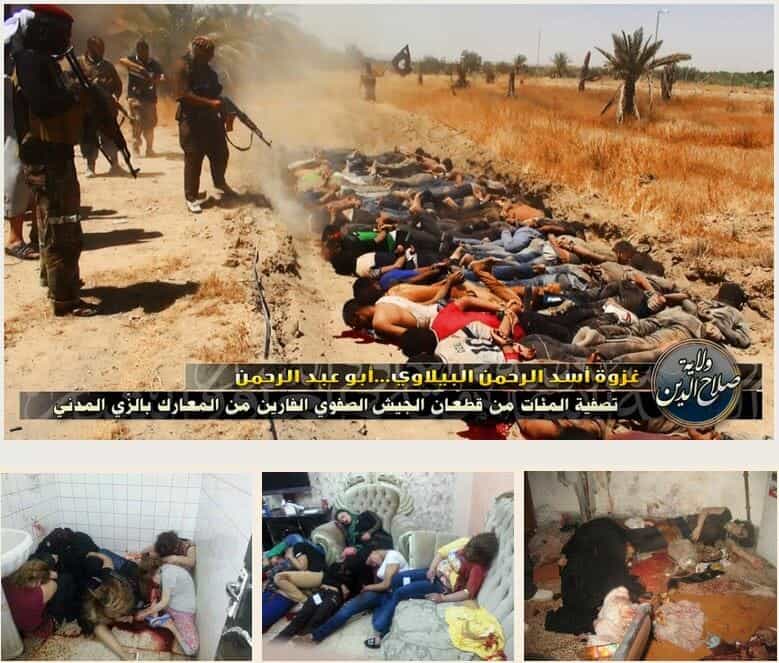 Last time I checked, the Westboro “Baptists,” as nuts as they are, have not: killed people of opposing beliefs, raped them, enslaved women as concubines, sodomized their victims, committed genocide, and the like. But this distinction requires critical thinking, and this type of thinking is not found in people who regularly equate their political foes to the following: sexist, intolerant, xenophobic, homophobic, Islamophobic, racist, bigoted (S.I.X.H.I.R.B.) But it is easier to win an argument by merely labeling people rather than engaging the issue. Never noting as the following liberal professor, that, such thinking hurts the capability of those engaging in this labeling to hurt their own ability to communicate effectively:

A liberal professor interviewed in Indoctrinate U explains that protecting and teaching from one ideological viewpoint insulates students who are liberal to properly defend and coherently explain their views in the real world — outside the classroom. This excerpt is taken from two parts, Part 1 is here, and Part 2 is here.