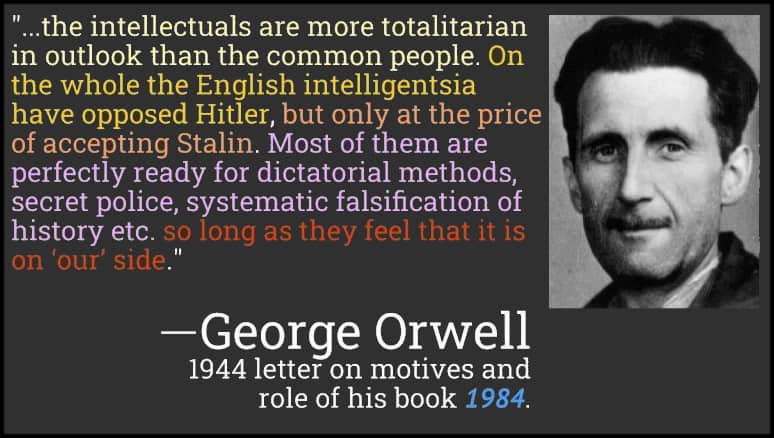 As “big tech” companies have moved to silence conservative voices on the Internet, mega-marketer Amazon reports on Sunday that its overall top-selling book is 1984, a decades old novel that portrays a society completely controlled by government “Thought Police.”

The spike in sales comes amid a rush of shutdowns in which these moves occurred in rapid succession:

As of Sunday morning, Amazon book sales showed that the top-selling book is the dystopian novel published by George Orwell more than 70 years ago. The classic novel, published in 1949, depicts how government Thought Police eavesdrop on citizens in their own homes, searching for heresy of any kind. Anyone whose beliefs deviate from the official norm are declared “unpersons” who never existed.

Reviewers on Amazon drew parallels between the book’s plot and current events in the United States.

“Born and living in communist Romania I went through the same ordeal described in 1987,” wrote Constantin Turculet, who is listed as making a verified purchase. “After 40 years I managed to escape to America, only to find after 35 years of living in freedom that this country is pushed toward the same horror scenario I thought mankind will never forget.”… 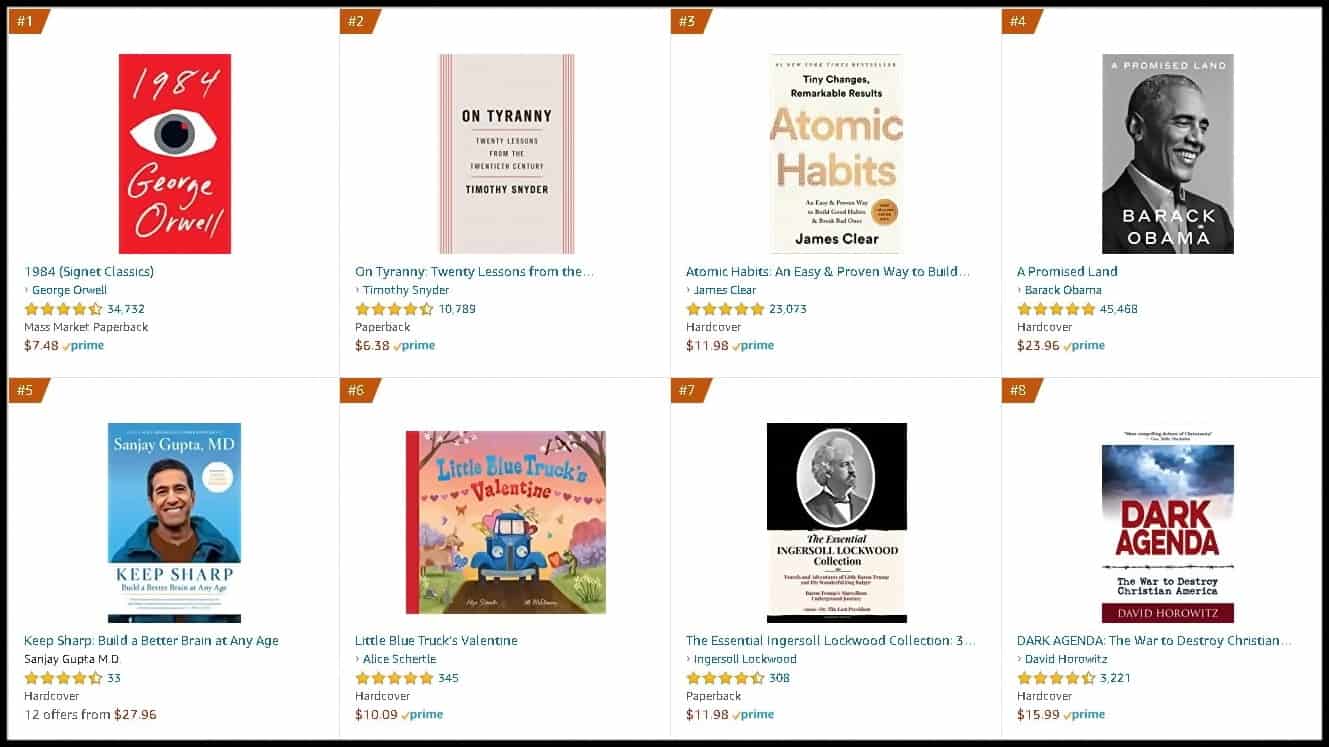 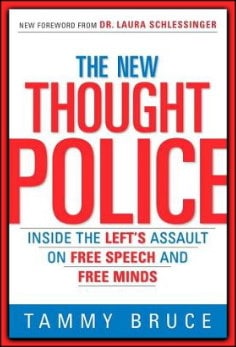