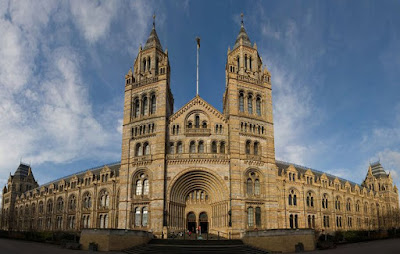 My Main Premise: Science, with a philosophical naturalist presupposition isn’t science, it is faith.

I will elucidate: The following interview was held with Dean Kenyon, the professor of biology at the University of San Francisco, who was for many years a staunch evolutionist, wrote the book Biochemical Predestination (McGraw-Hill, 1969), which was the best-selling advanced level university textbook on chemical evolution during the decade of the 70s. One of Dean Kenyon’s students gave him a copy of a book written by Dr. A. E. Wilder-Smith (who holds three earned doctorates) entitled The Creation of Life: A Cybernetic Approach to Evolution. In this book by Dr. Wilder, Dr. Kenyon’s book is critiqued.

Instead of Kenyon saying Well, Dr. Wilder is just a creationist, who would listen to him? Dr. Kenyon read the book and tried to answer the arguments in it against his own book. When he couldn’t, he began to investigate where the evidence led to. It ended up leading outside of his previously held naturalistic presuppositions commonly known as evolution.

One of the questions asked of Dr. Kenyon in the before mentioned interview was: “What are the general presuppositions that scientists make who study the origin of life?” Dr. Kenyon responded:

Well, I think there are two general kinds of presuppositions that people can make, one is that life, in fact, did arise naturalistically on the primitive earth by some kind of chemical evolutionary process.

The second presupposition would be that life may or may not have arisen by a naturalistic, chemical process.

Now, if you have the first presupposition, then the goal of your research is to work out plausible pathways of chemical development to go to the bio-polymers, then to the protocells; and what would be likely pathways that you could demonstrate in the laboratory by simulation experiment.

If you have the second presupposition, your still going to be doing experiments, but your going to be more open to the possibility that the data, as they [or, it] come[s] in from those studies may actually be suggesting a different explanation of origins altogether.

(The logically rational, and hence scientific way to look at origins is to say what Kenyon just did life may or may not have arisen by a naturalistic, chemical process.) This is what the fervor was over in Kansas a few years back. The Kansas School Board, while leaving microevolutionary teaching mandatory, did – however – make the teaching of macroevolution optional for the local districts discretion (e.g., let the elected officials represent what the parents want… this is called choice folks!); the part that caused the biggest stir was changing one word in a definition. The original drafting commission defined science as:

The Kansas Board defined science as:

This simple word change, and the subsequent fervor it caused, illustrates the embedded philosophy in current science (i.e., scientism, materialism, empiricism, existentialism, naturalism, and humanism whatever you want to call it it is still a metaphysical position as it assumes or presumes certain things about the entire universe).

This is what caused Richard Lewontin to plainly state (Dr. Lewontin is a geneticist and professor of biology at Harvard University):

We take the side of science in spite of the patent absurdity of some of its constructs, in spite of its failure to fulfill many of its extravagant promises of health and life, in spite of the tolerance of the scientific community for unsubstantiated just-so stories; because we have a priori commitment, a commitment to materialism. It is not that the methods and institutions of science somehow compel us to accept a material explanation of the phenomenal world, but, on the contrary, that we are forced by our a priori adherence to material causes to create an apparatus of investigation and a set of concepts that produce material explanations, no matter how counter-intuitive, no matter how mystifying to the uninitiated. Moreover, that materialism is an absolute, for we cannot allow a Divine Foot in the door.

Plain and simple, this is not science, but a philosophical/metaphysical paradigm. I will illustrate with another example. The Miller experiment which was proposed on the basis of a hypothetical atmosphere has been disproved by the evidence that the early atmosphere was not reducing. Unfortunately, like many other doctrines, it too still graces our universities and textbooks as being experimentally sound. This study is still cited not for empirical (evidential) reasons; but rather, for methodological necessity. In other words:

Another way to explain this obvious philosophical outlook that dresses itself in drag/science is that of a conversation between a professor and his student:

Professor: Miracles are impossible Papa_Giorgio, dont you know science has disproven them, how could you believe in them [i.e., answered prayer, a man being raised from the dead, Noah’s Ark, and the like].

Student: for clarity purposes I wish to get some definitions straight. Would it be fair to say that science is generally defined as the human activity of seeking natural explanations for what we observe in the world around us?

Professor: Beautifully put, that is the basic definition of science in every text-book I read through my Doctoral journey.

Student: Wouldn’t you also say that a good definition of a miracle would be and event in nature caused by something outside of nature?

Professor: Yes, that would be an acceptable definition of miracle.

Student: But since you do not believe that anything outside of nature exists [materialism, dialectical materialism, empiricism, existentialism, naturalism, and humanism whatever you wish to call it], you are forced to conclude that miracles are impossible

So an honest atheist [or, philosophical naturalist] would realize that his position is philosophical and/or presuppositional (presuppose: to suppose or assume beforehand; take for granted in advance) and not rationally or logically defensible. Plato was right when he said atheism is a disease of the soul before [a priori] it is an error of the mind.

Another example, in syllogistic form, is in order. The atheist can be shown that his starting point presupposition interferes with how he views evidence; much like the above example, biased philosophy is the guiding force rather than systematic investigation:

It is quite comical that people ask for evidence, and I give them many, however they still (a priori) reject it because they are committed to a philosophy of life (e.g., a worldview) that states that this evidence is invalid. I wish to end with a quote I often use; it is from Scott Todd, a Kansas State University immunologist:

Even if all the data point to an intelligent designer, such an hypothesis is excluded from science because it is not naturalistic.

3 thoughts on “Two Ways to Look At Origins: Biased or a Little Less Biased”