I didn’t think it was possible to add to my list! And in case you think this is an oddity, it is just as “odd” when a man says he is a woman and cuts his genitalia off. (Or a woman cuts her perfectly healthy breasts off… etc.)

Here is the story, followed by a video:

Anthony Loffredo, dubbed the “black alien”, is pressing on with his radical transformation and has shared his latest step in his ‘The Black Alien Project Evolution’ in search of “total dehumanization”.

The 33-year-old Frenchman has admitted that he removed his ears, cut off his nostrils, sharpened his teeth, dyed his skin purple, amputated several fingers to give his hands an alien shape and now admits he’s ready… to amputate a leg!

“It’s a tough thing because I have a healthy leg and an amputation is a big thing,” Loffredo admitted in the documentary.

Anthony Loffredo: I’m not human. I’m the black alien
The “black alien” acknowledged in the U.S. press that he was miserable living in a body where he didn’t belong.

“I am not human. I’m the black alien,” Anthony Loffredo recently declared in an interview with ‘LADBible’……

In this episode of No Filter, we speak to Anthony about his extreme tattoos and body modifications. Anthony tells us why his ‘black alien’ project to become more alien, less human is so important to him and the challenges he’s faced along the way.

This new addition is with an ACE OF SPADES hat-tip. Here are two pics from that post: 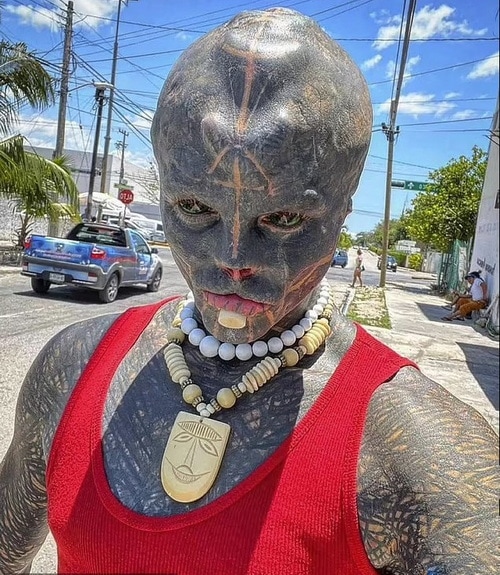 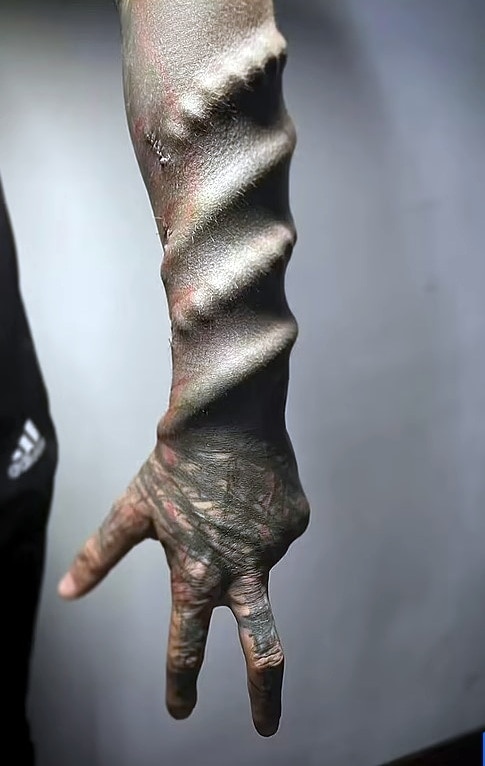 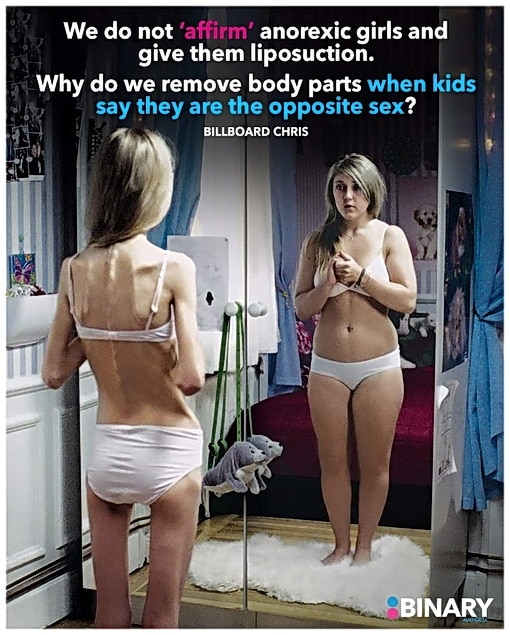