I am reading a book entitled, “The Naturalness of Belief: New Essays on Theism’s Rationality.”  There was a section that prompted me last week to buy another book to mark up a larger section. I will reprint the portion, its foot note excerpt — followed by the larger section or larger quote that the authors chose to us. An interesting read to say the least. Enjoy (I have a new OCR converter… it is not the best program in the world… so there may be a couple jumbled words that I missed, please feel free to let me know: SeanG@reagan.com): 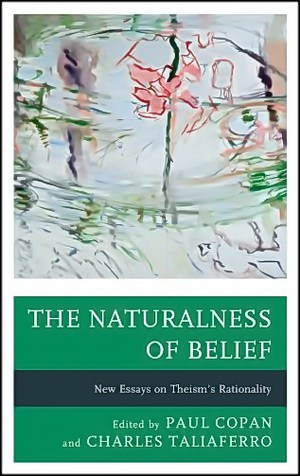 [p. 91>] A basic problem with the claim that scientific practice can be neatly sepa­rated from other areas of belief and inquiry is the assumption that the meth­odology one employs has no links to one’s beliefs about the nature or possible nature of reality. Not only is this assumption far from self-evidently true; it appears simply false.21 If, for example, I believe that there exist, or may possibly exist, mental states which play a causal role in determining bodily behavior, it makes no sense to adopt methodological behaviorism, since its option guarantees the development of psychological theories in which mental states either do not exist or play no causal role in bodily behavior. Only if I have already established beyond plausible doubt that mental states do not exist or, if they do exist, play no causal role does it make sense to insist on methodological behaviorism as a prerequisite of developing psychological theories. To insist on its employment in the absence of sound reasons for is believing in the existence of mental states or their causal powers is to beg the question of whether its adoption is justified.

[p. 99>] 21. E. A. Burtt, commenting on the presumption that methodology need have no links to metaphysics, notes that:

there is no escape from metaphysics, that is, from the final implications of any proposition or set of propositions. The only way to avoid becoming a metaphysician is to say nothing…. If you cannot avoid metaphysics, what kind of metaphysics are you likely to cherish when you sturdily suppose yourself to be free from the abomination. Of course, it goes without saying that in this case your metaphysics will be held uncritically because it is unconscious; moreover, it will be passed on to others far more readily than your other notions, inasmuch as it will be propagated by insinuation rather than by direct argument. [p. 100>] … The history of mind reveals pretty clearly that the thinker who decries metaphysics will actually hold metaphysical notions of three main types. For one thing, he will share the ideas of his age on ultimate questions, so far as such ideas do not run counter to his interests or awaken his criticism…. In the second place, if he be a man engaged in any important inquiry, he must have a method, and he will be under a strong and constant temptation to make a metaphysics out of his method, that is, to suppose the universe ulti­mately of such a sort that his method must he appropriate and successful.

Here is the EXTENDED quote: 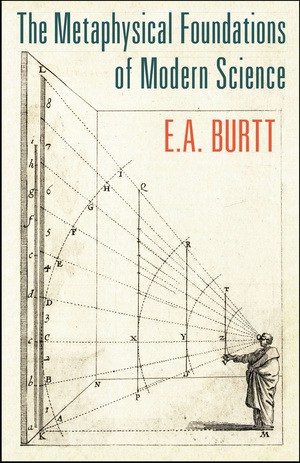 Now, someone will ask, if this be a correct portrayal of Newton’s method, is there not a flagrant contradiction in such a phrase as the metaphysics of Newton’? Was not this rejection of hypothesis his most distinctive attainment, and did he not measurably succeed, at least in the main body of his works, in banning ideas about the nature of the universe at large? Is there not full justification for his claim to have discovered and used a method by which a realm of certain truth might be opened up and gradually widened quite independently of assumed solutions of ultimate problems? Newton, we are told, was the first great positivist. Following Galileo and Boyle, but more consistently, he turned his back on metaphysics in favour of a small but growing body of exact knowledge. With his work the era of great speculative systems ended and a new day of exactitude and promise for man’s intellectual conquest of nature dawned. How, then, speak of him as a metaphysician?

[p. 224>] The main outlines of the answer. to this criticism must be apparent from the whole course of our discussion. To answer it somewhat in detail, however, will furnish a helpful introduction and outline to our analysis of Newton’s metaphysics.

To begin with, there is no escape from metaphysics, that is, from the final implications of any proposition or set of propositions. The only way to avoid becoming a- metaphysician is to say nothing. This can be illustrated by analysing any statement you please; suppose we take the central position of positivism itself as an example. This can perhaps be fairly stated in some such form as the following: it is possible to acquire truths about things without presupposing any theory of their ultimate nature; or, more simply, it is possible to have a correct knowledge of the part without knowing the nature of the whole. Let us look at this position closely. That it is in some sense correct would seem to be vouched for by the actual successes of science, particularly mathematical science; we can discover regular relations among certain pieces of matter without knowing anything further about them. The question is not about its truth or falsity, but whether there is metaphysics in it. Well, subject it to a searching analysis, and does it not swarm with metaphysical assumptions? In the first place it bristles with phrases which lack precise definition, such as ‘ultimate nature’, ‘correct knowledge’, ‘nature of the whole’, and assumptions of moment are always lurking in phrases which are thus carelessly used. In the second place, defining these phrases as you will, does not the statement reveal highly interesting and exceedingly important implications about the universe? Taking it in any meaning which would be generally accepted, does it not imply, for example, that the universe is essentially pluralistic (except, of course, for thought and language), that is, that some things happen [p. 225>] without any genuine dependence on other happenings; and can therefore be described in universal terms without reference to anything else? Scientific positivists testify in various ways to this pluralistic metaphysic; as when they insist that there are isolable systems in nature, whose behaviour, at least in all prominent respects, can be reduced to law without any fear that the investigation of other happenings will do more than place that knowledge in a larger setting. Doubtless, strictly speaking, we could not say that we knew what would happen to our solar system if the fixed stars were of a sudden to vanish, but we do know that it is possible to reduce the major phenomena of our solar system to mathematical law on principles that do not depend on the presence of the fixed stars, and hence with no reason to suppose that their disappearance would upset our formulations in the least. Now this is certainly an important presumption about the nature of the universe, suggesting many further considerations. Let us forbear, however, to press our reasoning further at this point; the lesson is that even the attempt to escape metaphysics is no sooner put in the form of a proposition than it is seen to involve highly significant metaphysical postulates.

For this reason there is an exceedingly subtle and insidious danger in positivism. If you cannot avoid metaphysics, what kind of metaphysics are you likely to cherish when you sturdily suppose yourself to be free from the abomination? Of course it goes without saying that in this case your metaphysics will be held uncritically because it is unconscious ; moreover, it will be passed on to others far more readily than your other notions inasmuch as it will be propagated by insinuation rather than by direct argument. That a serious student of Newton fails to see that his master had a most important metaphysic, is an exceedingly interesting testimony to the pervading influence, [p. 226>] throughout modern thought, of the Newtonian first philosophy.

Now, the history of mind reveals pretty clearly that the thinker who decries metaphysics will actually hold metaphysical notions of three main types. For one thing, he will share the ideas of his age on ultimate questions, so far as such ideas do not run counter to his interests or awaken his criticism. No one has yet appeared in human history, not even the most pro­foundly critical intellect, in whom no important idola theatri can be detected, but the metaphysician will at least be superior to his opponent in this respect, in that he will be constantly on his guard against the surreptitious entrance and unquestioned influence of such notions. In the second place, if he be a man engaged in any important inquiry, he must· have a method, and he will, be under a strong and constant temptation· to make a metaphysics out of his method, that is, to suppose the universe ultimately of such a sort that his method must be appropriate and success­ful. Some of the consequences of succumbing to such a temptation have· been abundantly evident in our discussion of the work of Kepler, Galileo, and Descartes. Finally since human nature demands metaphysics for its full intellectual satisfaction, no great mind can wholly avoid playing with ultimate questions, especially where they are powerfully thrust upon it by considerations arising from its positivistic investigations, or by, certain vigorous extra-scientific interests, such as religion. But inasmuch as the positivist mind has failed to school itself in careful metaphysical thinking, its ventures at such points will be apt to appear pitiful, inadequate, or even fantastic. Each Of these three types is exemplified in. Newton. His general concep­tion of the physical world and of man’s relation to it, including the revolutionary doctrine of causality and the Cartesian dualism in its final ambiguous outcome (which were the two central features of the new [p. 227>] ontology) with their somewhat less central corollaries about the nature and process of sensation, primary and secondary qualities, the imprisoned seat and petty powers of the human soul, was taken over without examination as an assured result of the victorious movement whose greatest champion he was destined to become. His views on space and time belong in part to the same category, but were in part given a most interesting turn by convictions of the. third sort. To the second type belongs his treatment of mass, that is, it gains its metaphysical importance from a tendency to extend the implications of his method. Of the third type, mainly, are his ideas of the nature and function of the ether, and of God’s existence and relation to the world uncovered by science. We can hardly do better than allow this analysis of the three types to furnish us with an outline of the succeeding sections.

The theology of Newton received in the generation after him a severe battering at the hands of Hume and the French radicals; somewhat later by the keen analysis of Kant. Also his scientific reasons offered for the existence of God appeared no longer cogent after the brilliant discoveries of subsequent investi­gators like Laplace. The rest of the new metaphysics, however, as further developed at his hands, passed with his scientific exploits into the general current of intelligent opinion in Europe, was taken for granted because insinuated without defensive argument, and borrowing an unquestioned certainty from the clear demonstrability of the mechanical or optical theorems to which it was attached, it became the settled back­ground for all important further developments in science and philosophy. Magnificent, irrefutable achievements gave Newton authority over the modern world, which, feeling itself to have become free from metaphysics· through Newton the positivist, has become shackled and controlled by a very definite [p. 228>] metaphysics through Newton the metaphysician.