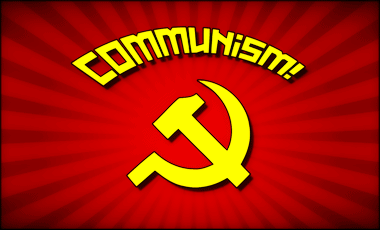 (UPDATED – first posted late 2010) Jim Jones was a hard-core atheist/socialist. It wasn’t a “religious cult,” rather, it was a cult in Marxian ideology. Here is one example from a sermon of his:

Remember, as NATIONAL REVIEW makes the point, “Willie Brown, Walter Mondale, and Jimmy and Rosalynn Carter ranked high among his [Jim Jones] supporters.” Continuing with the line of historical connections between “Leftism” and Jim Jones, NR also clearly reports that the media still gets their biased views mixed up with reality:

…But the first draft of history depicted the political fanatics as Christian fanatics, despite the group’s explicit atheism and distribution of Bibles in Jonestown for bathroom use. The words “fundamentalist Christianity” were used in a New York Times article to describe Jones’s preaching. The Associated Press called the dead “religious zealots.” Specials on CBS and NBC at the time neglected to mention the Marxism that animated Peoples Temple.

Beyond the ideology that inspired Peoples Temple’s demise, the media whitewashed the politicians who aided and abetted them.

Learning that San Francisco mayor George Moscone appointed Jim Jones to the city’s Housing Authority Commission, a body of which he quickly became chairman, piqued my curiosity, which led to my writing Cult City: Jim Jones, Harvey Milk, and 10 Days That Shook San Francisco. This revelation, particularly shocking in light of the fate of his tenants in Jonestown, led me to come across this: Willie Brown, who would become the speaker of the California State Assembly and then mayor of San Francisco, compared Jim Jones to Martin Luther King and Mahatma Gandhi. Harvey Milk described Jonestown as “a beautiful retirement community” helping to “alleviating the world food crisis.” California lieutenant governor Mervyn Dymally actually made a pilgrimage to Jonestown that led to a gushing reaction typical of ideological tourists.

The politically inspired delusions of San Francisco Democrats proved contagious. Jimmy Carter’s running mate, Walter Mondale, met with Jim Jones in San Francisco in 1976. Carter’s wife, Rosalynn, found Jones so impressive that she campaigned with him, ate with him, allowed him to introduce her during a campaign speech, telephoned him, and put him in touch with her sister-in-law, Ruth Carter Stapleton. Friends in high places suppressed investigations in the United States, misled officials in Guyana into dismissing allegations against the lunatic in their midst, and biased State Department hands into siding with Jones in his fight with outraged relatives of the captives in his concentration camp….

Justice Clarence Thomas caused a firestorm last year when he said in a speech that northern liberals are more racist than southern conservatives:

…..“My sadness is that we are probably today more race and difference-conscious than I was in the 1960s when I went to school,” he said. “To my knowledge, I was the first black kid in Savannah, Georgia, to go to a white school. Rarely did the issue of race come up. Now, name a day it doesn’t come up. Differences in race, differences in sex, somebody doesn’t look at you right, somebody says something. Everybody is sensitive. If I had been as sensitive as that in the 1960s, I’d still be in Savannah. Every person in this room has endured a slight. Every person. Somebody has said something that has hurt their feelings or did something to them — left them out. That’s a part of the deal.”

Nowhere are Thomas’s observations on racial obsession more apropos than American university campuses. At the University of Michigan, for instance, minority students recently cited a black student feeling left out during group assignments as evidence of campus-wide racism…..

Dr. Wallace is the founder and publisher of Freedom’s Journal Magazine, he writes the following about “Urban Legends: The Dixiecrats and the GOP“:

Which way did they go?

The strategy of the State’s Rights Democratic Party failed. Truman was elected and civil rights moved forward with support from both Republicans and Democrats. This begs an answer to the question: So where did the Dixiecrats go? Contrary to legend, it makes no sense for them to join with the Republican Party whose history is replete with civil rights achievements. The answer is, they returned to the Democrat party and rejoined others such as George Wallace, Orval Faubus, Lester Maddox, and Ross Barnett. Interestingly, of the 26 known Dixiecrats (5 governors and 21 senators) only three ever became republicans: Strom Thurmond, Jesse Helms and Mills E. Godwind, Jr….

Every segregationist who ever served in the Senate was a

Democrat and remained a Democrat except one. Even

Strom Thurmond—the only one who later became a Republican—

remained a Democrat for eighteen years

after running for president as a Dixiecrat. There’s a reason they

were not called the “Dixiecans.”

Ann Coulter, Demonic: How the Liberal Mob Is Endangering America

…The segregationists in the Senate, on the other hand, would return to their party and fight against the Civil Rights acts of 1957, 1960 and 1964. Republican President Dwight Eisenhower proffered the first two Acts.

Eventually, politics in the South began to change. The stranglehold that white segregationist democrats once held over the South began to crumble. The “old guard” gave way to a new generation of politicians. The Republican Party saw an opportunity to make in-roads into the southern states appealing to southern voters. However, this southern strategy was not an appeal to segregationists, but to the new political realities emerging in the south.

Despite this, and other overwhelming evidence to the contrary, these same “revisionists” would have you believe that conservatives and segregationists are synonymous. This could not be further from the truth. By definition, conservatives today are what were once called  “classical liberals”, which Barry Goldwater clearly was. It should be noted here, that although in his latter years Goldwater sounded more like a Libertarian; “classical liberals” believe, among other things, in liberty to reach ones fullest potential, own property, start a business, vote and worship without the assistance or interference of the Federal Government. [FJM has dubbed these the R.I.S.E. principles, which stands for Responsible government, Individual liberty and fidelity, Strong family values and Economic empowerment (See R.I.S.E principles)].

As a matter of historical record, conservatives (classical liberals) have always taken seriously the US Constitution’s limiting of the scope and reach of government. This includes the very nature and letter of the Bill of Rights, especially the tenth amendment.

For example, conservative ideology differs from the segregationists in that segregationist used the tenth amendment to nullify the fourteenth and fifteenth amendments, as well as the Declaration of Independence.  An often misrepresented fact is, that Dixiecrats, not Republicans, tried to exalt states rights over the rights guaranteed to African Americans challenging the merits of the 14th amendment section one, which states: “All persons born or naturalized in the United States, and subject to the jurisdiction thereof, are citizens of the United States and of the State wherein they reside. No State shall make or enforce any law which shall abridge the privileges or immunities of citizens of the United States; nor shall any State deprive any person of life, liberty, or property, without due process of law; nor deny to any person within its jurisdiction the equal protection of the laws.” This amendment granted former slaves full citizenship and equal protection under the law, which segregationist tried to deny Blacks through black codes, Jim Crow, lynching and/or a rigged jury.

Additionally, the 15th amendment gave African Americans the right to vote. It states in Section 1. “The right of citizens of the United States to vote shall not be denied or abridged by the United States or by any State on account of race, color, or previous condition of servitude. Section 2. The Congress shall have power to enforce this article by appropriate legislation.” Segregationists denied this right through poll taxes and intimidation (the KKK).

The truth is, that “true” conservatives would (did) not agree with the segregationist interpretation of the Constitution, especially that of the tenth amendment. Conservatives, past and present, however do believe in responsible or limited government; but certainly not at the expense of turning the Constitution on its head to do so. Conservatives hold that the Constitution limits the Federal government to the enumerated powers explicit in the document, and therefore the Fed has no power when it tries to move past its constitutional restraints. All other powers belong to the states and the people. Bottom line, a person advocating for state’s rights should be able to do so without being labeled a segregationists. For conservatives, “the rights of the people” include all races, creeds, ethnicities and colors—all U.S. citizens….

See the many “Urban Legends“ at Freedom’s Journal Institute

The following is from Discover the Networks:

Hoover Institution fellow Shelby Steele writes that after the 1960s, “[v]ictimization became so rich a vein of black power—even if it was only the power to ‘extract’ reforms … from the larger society—that it was allowed not only to explain black fate but to explain it totally.” A black conservative, says Steele, “is a black who dissents from the victimization explanation of black fate … when it is made the main theme of group identity and the raison d’être of a group politics.”

Black conservatives represent the antithesis of black leftists, who, for decades, have relentlessly cast African Americans as the perpetual victims of intransigent societal racism; who are intolerant of anyone rejecting the notion of universal black victimization; and who interpret as treason any deviation from their own intellectual orthodoxy. Some examples will serve to illustrate:

Because of ubiquitous character assassinations like these, many blacks who otherwise would venture to challenge the prevailing leftist dogmas of our time are prevented from doing so by the fear that they will be branded as sell-outs, “Uncle Toms,” “Oreos,” and race-traitors. Shelby Steele puts it this way:

“Today a public ‘black conservative’ will surely meet a stunning amount of animus, demonization, misunderstanding, and flat-out, undifferentiated contempt. And there is a kind of licensing process involved here in which the black leadership—normally protective even of people like Marion Barry and O.J. Simpson—licenses blacks and whites to have contempt for the black conservative. It is a part of the group’s manipulation of shame to let certain of its members languish outside the perimeter of group protection where even politically correct whites (who normally repress criticism of blacks) can show contempt for them.”