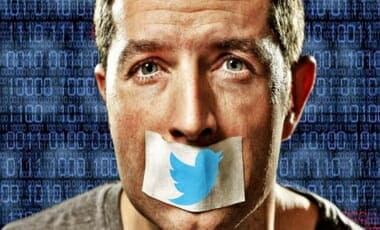 Facebook on Friday issued an apology to PragerU for “mistakenly” removing several videosand limiting the reach of others. (DAILY CALLER)

Michael Ledeen is a Shillman Journalism Fellow at the Freedom Center and Freedom Scholar at the Foundation for Defense of Democracies.

We’re rightly upset at the censorship of the big social media platforms, and our morale wasn’t improved when something north of three hundred newspapers wrote editorials in virtual unison, or when Mastercard, in cahoots with the Southern Poverty Law Center, attempted to shut down our Center.  Thankfully, we won and they lost. But the efforts to silence conservative spokesmen seem to be intensifying, which makes strategic political sense to me.  If you can’t win an argument on the merits, then either discredit or silence your opponents.

The Left has lost most of the substantive arguments—from health care to taxation, from foreign policy to defense spending–and their best political chance is to silence the opposition.  This campaign rages throughout the society, from social media to the educational system, from publishers to movie makers.

There is seemingly no limit to their zeal in silencing their opponents, even to changing our Constitutional system.  Did you know that the Democratic Party is on record against the First Amendment?  Officially, publicly, and, in the United States Senate, unanimously.  They tried to rewrite it in 2014, and introduced a Constitutional Amendment that would have enabled federal and state governments to prohibit various kinds of political spending, broadcasting or publishing.

This remarkable measure, which flew in the face of the Bill of Rights and the Supreme Court decision in Citizens United, had no chance of being approved by the requisite majorities in Congress and the states.  It was, therefore, a purely political maneuver, laying down a marker for voters and opinion-makers.  Still, the numbers are astonishing:  49 Senators voted for it, and not one—not a single one—voted to preserve the First Amendment.

It gets worse.  Outraged by the Democratic stance against freedom of speech and press, Senator Ted Cruz introduced his own amendment, which consisted of the First Amendment itself.  Once again, the numbers were remarkable.  Not a single Democrat voted for it, either in committee or in the full Senate……

The post in question read, “This sums it up, Veteran’s defend our freedom and keep us safe. Meanwhile overpaid turds throw a leather ball around in an overpriced stadium and shit on all the men and women who have been killed defending our country.”

Project War Path co-owner Tej Gill, a Navy SEAL veteran, told Breibart “players kneeling really hits home with me and my teammates, I think it’s disgusting, an insult to all veterans, Americans, and especially families of veterans that have been killed and wounded during war.”

Like it or not, social media is the communication form of the future — not just in the U.S., but worldwide. Just Facebook and Twitter combined reach 1.8 billion people. More than two-thirds of all Americans (68 percent) use Facebook. YouTube is pushing out TV as the most popular place to watch video. Google is the No. 1 search engine in both the U.S. and the world.

It’s the new battleground of media bias. But it’s worse. That bias is not a war of ideas. It’s a war against ideas. It’s a clear effort to censor the conservative worldview from the public conversation.

The Media Research Center has undertaken an extensive study of the problem at major tech companies — Twitter, Facebook, Google and YouTube — and the results are far more troubling than most conservatives realize. Here are some of the key findings:

Daniel Greenfield, a Shillman Journalism Fellow at the Freedom Center, is an investigative journalist and writer focusing on the radical left and Islamic terrorism

The scale of the internet dwarfs any individual nation-state and obtaining many of the traditional benefits of the nation-state, political freedom, engagement, economic opportunities, requires access through the corporate monopolies that act as the gatekeepers of their own virtual nation states.

Google, Facebook and Amazon aren’t governments, but they have a larger virtual citizenry than any government, and they control access to the marketplace of ideas, determining what ideas billions of people can express, whether they can conduct financial transactions or even exist. Technopolies have a vast sphere of control without having to offer their users any of the personal freedoms of governments.

The virtual state of the internet grew to be controlled by a handful of corporations based out of bicoastal cities, almost universally to the political left of ordinary Americans.

The tools of political participation and engagement, the means by which politicians, political activists and the public interact, are in the hands of leftists. And they’re using them for political segregation.

In the aftermath of the 2016 election, the left blamed social media for its defeat. Campaigns were launched to scour opposition media from social media under the guise of fighting ‘fake news’, conservative organizations and activists were banned from social media and dropped by payment processors after pressure campaigns by left-wing activists denouncing them as ‘hate groups’…….