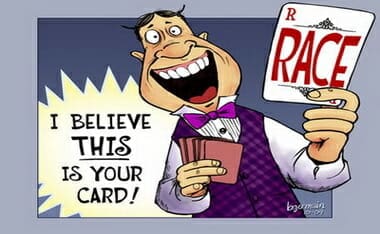 What you don’t see in the Eric Garner video of his arrest:

Black female Sgt. was in charge of the arrest. She could have told the men taking him down to taze him (which still could have given him a heart-attack, BTW ~ that’s what killed him, a heart-attack).

They originally asked him to move down the street — away from the business that sells cigarettes lawfully. (And yes, I think the exorbitant taxes on cigarettes in NY is ridiculous… if you think it is too — QUIT VOTING DEMOCRAT!).

[In other words, Mr. Garner wouldn’t have been there in the first place if fiscal conservatives were voted into office there. He might have been in jail — and not home for Christmas — for a 32nd criminal code violation on his already 31 priors and resisting arrest, record.]

The video we are all familiar with is the very end of the incident… it doesn’t show the previous 13-M i N u T e S.

Do you see why the grand-jury maybe decided not to indite? They have 25 (I think) grand jury members on a grand jury in NY and need only 12 of them to say “yes” to indictment. They couldn’t get even twelve. This will all be public soon, but I wonder if ANY wanted to indite?

(Out of all Mr. Garner’s bad choices, one can see that his worst choice has most likely put him in a place worse than that choke hold. Sad. #UnrepentantLife) 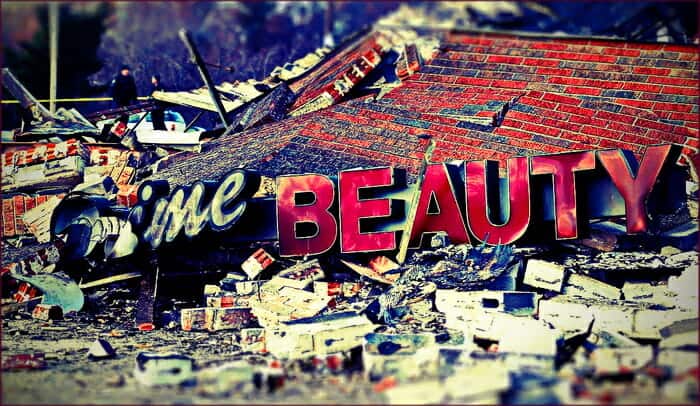 We now know that Michael Brown was much more of a menace than a martyr, but that won’t stop liberals from pushing an anti-police narrative that harms the black poor in the name of helping them.

The black teen in Ferguson, Mo., robbed a store, attacked a white police officer and was shot dead while resisting arrest. That was the conclusion of a St. Louis County grand jury that brought no charges against the officer after considering all the physical evidence, along with eyewitness accounts from blacks in the vicinity of the confrontation.

Not that any amount of evidence would have stopped the hooligans in Ferguson Monday night who were determined use Brown’s death as a pretext for more bad behavior. Nor will evidence thwart liberals who are bent on making excuses for black criminality and pretending that police shootings are responsible for America’s high black body count.

According to the FBI, homicide is the leading cause of death among young black men, who are 10 times more likely than their white counterparts to be murdered. And while you’d never know it watching MSNBC, the police are not to blame. Blacks are just 13% of the population but responsible for a majority of all murders in the U.S., and more than 90% of black murder victims are killed by other blacks. Liberals like to point out that most whites are killed by other whites, too. That’s true but beside the point given that the white crime rate is so much lower than the black rate.

Blacks commit violent crimes at 7 to 10 times the rate that whites do. The fact that their victims tend to be of the same race suggests that young black men in the ghetto live in danger of being shot by each other, not cops. Nor is this a function of “over-policing” certain neighborhoods to juice black arrest rates. Research has long shown that the rate at which blacks are arrested is nearly identical to the rate at which crime victims identify blacks as their assailants. The police are in these communities because that’s where the emergency calls originate, and they spend much of their time trying to stop residents of the same race from harming one another.

Former New York Mayor Rudy Giuliani pointed this out recently on “Meet the Press” in a debate with sociologist Michael Eric Dyson. “What about the poor black child that is killed by another black child? Why aren’t you protesting that?” Mr. Giuliani asked.

“Those people go to jail,” Mr. Dyson responded. “I do protest it. I’m a minister. They go to jail.”

Mr. Dyson might want to try protesting a little harder. Chicago had 507 murders in 2012, only 26% of which were solved. “To put it another way: About three-quarters of the people who killed someone in Chicago in 2012 have gotten away with murder—so far, at least,” Chicago Magazine noted. Mr. Dyson and others on the left are not oblivious to this black pathology, but they are at pains even to acknowledge it, let alone make it a focus. Instead, liberals spend their time spotlighting white racism, real or imagined, and touting it as an all-purpose explanation for bad black outcomes.

Ferguson helps further that agenda in ways that Chicago does not. Hence, the left posits that the Michael Brown shooting is the norm, even though the data show that it’s the exception. And if black criminal behavior is a response to white racism, how is it that black crime rates were lower in the 1940s and 1950s, when black poverty was higher, racial discrimination was rampant and legal, and the country was more than a half-century away from twice electing a black president?

Racial profiling and tensions between the police and poor black communities are real problems, but these are effects rather than causes, and they can’t be addressed without also addressing the extraordinarily high rates of black criminal behavior—yet such discussion remains taboo. Blacks who bring it up are sell-outs. Whites who mention it are racists. (Mr. Dyson accused Mr. Giuliani of “white supremacy.”) But so long as young black men are responsible for an outsize portion of violent crime, they will be viewed suspiciously by law enforcement and fellow citizens of all races….