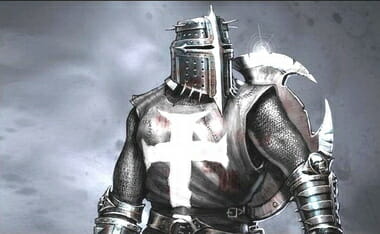 After someone posted this meme, a person said:

(He meant no Christian God specifically as it is a predominately Christian Facebook group).

Now, I realize the original poster of the meme was not aware that this cuts both ways… and the atheist was merely pointing this out humorously. But this serves as a lesson EVEN FOR ATHEISTS.

I don’t know how someone could say “amen” to there not being a Judeo-Christian God? When comparing it to other worldview (say, pantheism, panentheism, finite godism, polytheism, etc), they have done almost zip for their respective societies.

Healthcare (nurses, hospitals, and is still the largest healthcare provider in the world), tackling the illiteracy problems as well as drunkeness (for instance the YMCA and Salvation ARMY and AA), education (all the leading universities like: Harvard, Yale, William and Mary, Princeton, Cambridge, and Westminster, etc… were founded as seminaries — so-to-speak — same goes for the medieval universities: University of Bologna, Oxford, University of Paris, etc.), languages unified in many nations across the globe by missionaries (Bengali is one example, other indigenous languages were preserved by [one example] William Carey, who because he unified the languages in India… the government formed for the first time a language that could include the general population in being involved), Historian Alvin Schmidt points out how the spread of Christianity and Christian influence on government was primarily responsible for outlawing infanticide, child abandonment, and abortion in the Roman Empire (in AD 374); outlawing the brutal battles-to-the-death in which thousands of gladiators had died (in 404); outlawing the cruel punishment of branding the faces of criminals (in 315); instituting prison reforms such as the segregating of male and female prisoners (by 361); stopping the practice of human sacrifice among the Irish, the Prussians, and the Lithuanians as well as among other nations; outlawing pedophilia; granting of property rights and other protections to women; banning polygamy (which is still practiced in some Muslim nations today); prohibiting the burning alive of widows in India (in 1829); outlawing the painful and crippling practice of binding young women’s feet in China (in 1912); persuading government officials to begin a system of public schools in Germany (in the sixteenth century); and advancing the idea of compulsory education of all children in a number of European countries.

There was also strong influence from Christian ideas and influential Christians in the formulation of the Magna Carta in England (1215) and of the Declaration of Independence (1776) and the Constitution (1787) in the United States. These are three of the most significant documents in the history of governments on the earth, and all three show the marks of significant Christian influence in the foundational ideas of how governments should function.

This is important because….

The impact of this Christian founded nation and Christians on Democracy and the ending of slavery for the first time in world history is nothing short of miraculous.

They have done in one century what all of the worlds religions could not accomplish in the previous 19-centuries… kill a record number of people.

[Yes, that includes the newest and most deadly religion in the stats — Islam. Out of all the religious wars in written world history… Islam claims almost 2/3rds of them. But this can be expected from it’s founder who slit the throats of men, women, and children.]

✦ How the West Won: The Neglected Story of the Triumph of Modernity, by Rodney Stark;
✦ How Christianity Changed the World, by Alvin Schmidt;
✦ The Book that Made Your World: How the Bible Created the Soul of Western Civilization, by Vishal Mangalwadi.

The above was my quick response on Facebook… here is another great short list from Life Coach for Coach:

The eternal salvation of countless souls.

The last one mentioned, the salvation of souls, is the primary goal of the spread of Christianity. All the other benefits listed are basically just by-products of what Christianity has often brought when applied to daily living.

When Jesus Christ took upon Himself the form of a man, He imbued mankind with dignity and inherent value that had never been dreamed of before. Whatever Jesus touched or whatever He did transformed that aspect of human life.

Many are familiar with the 1946 film classic It’s a Wonderful Life, wherein the character played by Jimmy Stewart gets a chance to see what life would be like had he never been born. The main point of the film is that each person’s life has an impact on everybody else’s life. Had they never been born, there would be gaping holes left by their absence. Jesus has had an enormous impact—more than anybody else—in history. Had he never come, the hole would be a canyon about the size of a continent.

Another great (downloadable in PDF or .DOC) can be found at Journey of Cross and Quill. Here is one paragraph as an example of the excellent post:

Schmidt quotes Lynn White, historian of medieval science, as saying “From the thirteenth century onward into the eighteenth every major scientist, in effect, explained his motivations in religious terms” (222). William Occam (1280-1349) had a great influence on the development of modern science. His concept known as “Occam’s Razor” was the scientific principle that states that what can be done or explained with the fewest assumptions should be used. It is the principle of parsimony. As was common with almost all medieval natural philosophers, Occam did not confine himself to scientific matters and wrote two theological treatises, one dealing with the Lord’s Supper and the other with the body of Christ, both of which had a tremendous impact on Martin Luther’s thinking (Schmidt 222). Leonardo Da Vinci (1452-1519), while a great artist and painter was also a scientific genius who analyzed and theorized in the areas of botany, optics, physics, hydraulics, and aeronautics. However, his greatest benefit to science was in the study of physiology in which he produced meticulous drawings of the human body (Schmidt 223). Andreas Vesalius (1514-64) followed in Da Vinci’s footsteps. In his famous work, De humani corpis fabrica (Fabric of the Human Body), published in 1543, he corrects over two hundred errors in Galen’s physiological writings. (Galen was a Greek physician of the second century) The errors were largely found by dissecting cadavers (Schmidt 223). The branch of genetics flourished under the work of Gregor Johann Mendel (1822-1884), an Augustinian monk, who after studying Darwin’s theory of evolution rejected it (Schmidt 224). In the field of astronomy great advances were made under devout Christian men Copernicus, Brahe, Kepler, and Galileo. In physics we encounter Isaac Newton (1642-1727), Gottfried Leibniz (1646-1716), Blaise Pascal (1623-62), Alessandro Volta (1745-1827), Georg Simon Ohm (1787-1854), Andre Ampere (1775-1836), Michael Faraday (1791-1867), and William Thompson Kelvin (1824-1907). These men held to a strong Christian faith as evidenced by their writings. Before he died, Kepler was asked by an attending Lutheran pastor where he placed his faith. Kepler replied, “Solely and alone in the work of our redeemer Jesus Christ.” Kepler, who only tried “thinking God’s thoughts after him,” died with the Christian faith planted firmly in his mind and heart. His epitaph, penned four months before his death stated:

I used to measure the heavens,

Now I must measure the earth.

Though sky-bound was my spirit,

Vishal Mangalwadi on the Bible’s Influence of India (1st video) and the West (2nd):