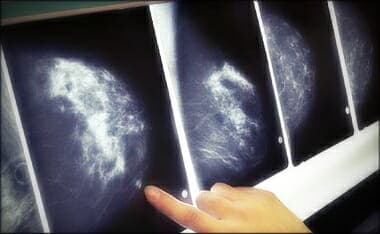 This is a great example of how the Left reacts to any innocuous statement about something from a conservative:

NewsBusters puts to rest this crazy race-bating soooo common from the Democrats that really end up destroying language. All “racist” means any longer is that one disagrees with a Democrat. Santorum was speaking to the following issues:

Did this have anything to do with the Voting Rights Act? Or Brown v. Board of Education? Or race?

Not at all, but that’s the impression created by Sharpton and Press.

NewsBusters has this story:

The Daily Beast contributor who once insisted that there’s “no such thing as sharia law” is at it again, dismissing the threat of radical Islam presented by the political instability in Egypt.

In a January 30 post at Washington Post/Newsweek’s “On Faith” feature yesterday, Reza Aslan dismissed fears that the Muslim Brotherhood is a radical group that could take Egypt in a theocratic direction should strongman Hosni Mubarak be forcibly ousted from power, even though members of the Brotherhood have expressed admiration for Osama bin Laden.

GOP presidential hopeful Rick Santorum is already drawing parallels between the young protesters calling for an end to the brutal and repressive Mubarak regime, and the popular protests that, three decades ago, brought down another despicable dictator and former American ally, the Shah of Iran. “We abandoned [the Shah] and what we got in exchange was… a radical Islamist regime,” Santorum said. Mike Huckabee, another GOP presidential hopeful, joined in the hysteria, warning Americans that, “if in fact the Muslim Brotherhood is underneath much of the unrest [in Egypt] every person who breathes ought to be concerned.”

[H]owever the current uprising in Egypt turns out, there can be no doubt that the Muslim Brotherhood will have a significant role to play in post-Mubarak Egypt. And that is good thing.

Despite the wide array of political and religious views on display on the streets of Cairo, Giza, Alexandria, and Suez, the one thing about which the overwhelming majority of Egyptians agree – 95 percent according to a 2010 Pew Research Center poll – is that Islam should play a role in the country’s politics. At the same time, a similar Pew poll taken in 2006 found that while the majority of the Western public thought democracy was “a Western way of doing things that would not work in most Muslim countries,” pluralities or majorities in every single Muslim-majority country surveyed flatly rejected that argument and called for democracy to be immediately established, without conditions, in their own societies.

For Huckabee and Santorum, as well as for a large segment of the American public, these two polls present a contradiction. How could Egyptians want both a democracy and a role for religion in their government? After all, in the United States it is axiomatic that Islam is inherently opposed to democracy and that Muslims are incapable of reconciling democratic and Islamic values. Never mind that the same people who scoff at the notion that religion could play no role in the emerging democracies in the Middle East are the same people who demand that religion must play a role in America’s democracy. Ironically, one of the most vocal proponent of religious activism in politics is Mike Huckabee himself, who has repeatedly called Americans to “take this nation back for Christ” and who, while running for president, proudly declared that “what we need to do is to amend the Constitution so it’s in God’s standards.”

In fact, when it comes to the role of religion in society, Americans and Egyptians are pretty well in agreement. An August 2010 Pew poll found that 43 percent of Americans believe that churches should express political views and play an active role in politics, while 61 percent agreed that “it is important that members of Congress have strong religious beliefs.”

There is no doubt that giving religiously inclined organizations and politicians a seat at the political table poses risks. And certainly, problems can arise when religion becomes entangled with the state, as those who recall the Bush administration’s evangelistic foreign policy can attest. Nevertheless, since a state can be considered democratic only insofar as it reflects its society, if the society is founded upon a particular set of values, then must not its government be also?

Of course Aslan (different from CS Lewis’ Azlan) is a radical in disguise. For instance, Jihad Watch has this story of Prof. Aslan calling Ahmadinejad a “liberal reformer.” I have posted on UC Irvine in the past, and since then the Muslim Student Union was suspended for their blatant antisemitism. Below is another event that went wrong at UC Irvine:

Santorum Agrees With MLK on Human Rights, Disagrees With Obama On Abortion

On Friday she rolled out the endorsement of Sen. John Thune (R-S.D.). The first-term senator, who gained fame when he defeated then-Senate Majority Leader Tom Daschle (D) in 2004, is a darling of the conservative movement….

More Dennis Prager on why he endorsed Fiorina

Prager Gives More Insight On His Endorsing Fiorina from Papa Giorgio on Vimeo.