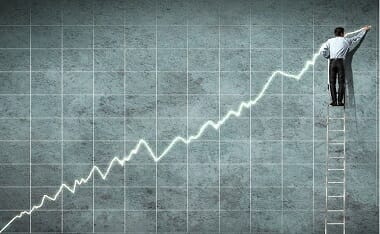 A friend showed this graphic to me and I uploaded a response to it by Larry Elder for him. And another acquaintance of mine on FaceBook also responded to the above graph, I will include his commentary as well. Enjoy the excoriation of a White House graph/talking point. Here is what my friend said — sarcastically — with the graphic.:

Firstly, you underestimate my ability Scott H. Secondly, job growth IS good… but it is how you define “is” and “good.” Did Obama stifle majorly what our engine of the free market is capable of? There are two link below that are worth taking some time rummaging through… especially Amity’s work:

From the video description of the above video:

Larry Elder talks about the harm in having government meddle in the recovery of our free-market systems. Other topics on this from history can be found here:

And here is some input from Brian C.

Scott says you cannot argue with statistics, oh yes I can! You can make statistics say anything you want! That is what Obama does with the jobs numbers and the GDP! Sean those numbers are not the real job numbers. Those are the fixed job numbers that politicians use to make themselves look good, when in fact they are crappy! In fact, every month we have been loosing jobs. They do not count the people who lost their job or left the work force in those numbers. Last month they reported a net loss of over 100,000 jobs in the private sector. We have been loosing around that and more since Obama took office. That is why the number of people working has gone down every year since Obama took office! This is why we have record number of people on the government dole! There have been jobs created but when you take the jobs that have been lost, it is a net loss! Obama is a private sector job destroyer! Even the jobs that are created are mostly low paying jobs! These are the things liberals and the news media will not tell you!

Just wanted to give the reader a few avenues in responding to the above propaganda.

Art Laffer*talks about the differences in past recoveries and how the gridlock in the current administration comes from a party that demands even Clinton Democrats walk back previously stated positions. Laffer also points out that comparing Bush’s last two [failed] years as President to Obama’s first three [failed] years as President is no comparison to hold in high regard. Great interview.

*… is an American economist who first gained prominence during the Reagan administration as a member of Reagan’s Economic Policy Advisory Board (1981–89). Laffer is best known for the Laffer curve, an illustration of the theory that there exists some tax rate between 0% and 100% that will result in maximum tax revenue for governments. He is the author and co-author of many books and newspaper articles, including Supply Side Economics: Financial Decision-Making for the 80s.

This nugget comes from Sweetness and Light via Gateway Pundit.

Mission Accomplished. Obama told the “Today” Show back in 2009 that if the $787 billion stimulus failed he would be a one-term president.

President Barack Obama acknowledged Monday that the fate of his re-election four years from now likely rests on the success of the proposed $825 billion stimulus package.

“A year from now, I think people are going to see that we’re starting to make some progress. But there’s still going to be some pain out there,” Obama predicted during an interview on NBC’s “Today Show.”

“If I don’t have this done in three years, then there’s going to be a one-term proposition.”

In acknowledging that his political fortune hinges on the state of the economy, Obama urged the country to be patient in waiting for the stimulus to take effect.

And now we have this:

The report covers some $7.5 billion spent to create about 27,400 jobs — as best as can be gleaned from the report, including giving the projects the benefit of doubt when the jobs figures are unclear.

The top ten egregious projects described in the report are: