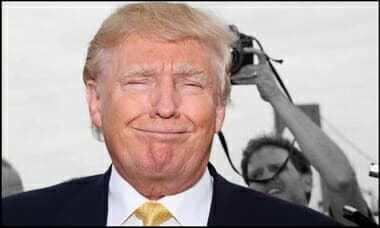 Here is the article Dennis Prager is reading from, and it is by Edwin Williamson via the WALL STREET JOURNAL (saved at Free Republic). Mind you, I wasn’t going to upload this audio, but after reading the article over at THE BLAZE,  I figured this myopic view that deconstructs things in a simplified manner may need a counterweight. At any rate, this whole “what Trump should do with his businesses” is more complicated than the media will allow for [both sides of the isle]. People like Ralph Nader are “already” calling for impeachment:

The media are full of warnings by self-appointed ethics watchdogs about President-electDonald Trump’s potential conflicts of interests. That Mr. Trump’s vast, complicated business empire presents a piñata of targets is undisputed. For his part, Mr. Trump has promised to hold a news conference on Dec. 15 to discuss his plans to leave his business operation “in total” so that he can “fully focus on running the country.”

Concerns stem from the fact that the Trump business empire extends to the far reaches of the globe, including to countries that may present tough policy decisions for President Trump. In both Turkey and the Philippines, the local Trump partner has close ties to a problematic government. Businesses in which Mr. Trump has an interest, such as Trump National Doral golf complex in Miami and an office building at 1290 Avenue of the Americas in New York, have substantial borrowings from entities that will be regulated by the Trump administration or that are owned by potentially rival states, such as China.

The watchdogs fear that third parties, again including foreign state-owned entities, will lavish favorable deals on the Trump businesses, including staying at Trump hotels or entering into new partnerships, in the hope of currying favor with a Trump administration.

While no one outside the Trump family appears to know the details of the Trump businesses, a few key facts are known. They are complicated and based on two illiquid assets—real estate and the Trump name. Although the basic federal conflict-of-interest ban specifically exempts the president, some have proposed measures designed to avoid real or apparent conflicts of interest, generally based on the federal rules.

This newspaper editorialized on the subject, suggesting that Mr. Trump “liquidate his stake in the company” through a plan similar to one endorsed by Richard Painter and Norman Eisen, ethics lawyers for George W. Bush and President Obama, respectively. They have called on Mr. Trump to divest all of his holdings in the Trump Organization through an initial public offering or a leveraged buyout. Yet divestiture is unrealistic for many reasons. Besides their complexity and the time required to see them through, an IPO or buyout would generate other ethical issues.

An IPO would have to be cleared by the Securities and Exchange Commission. By the time Mr. Trump becomes president, there will be three SEC vacancies, and in the time required to organize and implement an IPO, the other two commissioners’ terms would expire. Mr. Trump would thus be appointing all five members of the agency regulating his IPO. Similarly, a leveraged buyout would require lending by Trump-regulated banks.

But the biggest problem with divestiture is that the value of Trump businesses is significantly dependent on, and inextricably tied to, the Trump name. Even if a buyer could be found who would pay what the Trump family considers the name to be worth, the buyer would certainly insist on perpetual, exclusive use of the Trump name. This would require that all users of the name—including Mr. Trump’s first wife, his minor son Barron and present and future grandchildren—relinquish their rights to the name.

In recent tweets on the subject, Mr. Trump has said he would turn over the running of his businesses to his children, and that “legal documents are being crafted which take me completely out of business operations.” The watchdogs want him to go further by establishing a “firewall” between himself and those running the Trump businesses, i.e., his children.

Clearly, this is unrealistic and would constantly generate allegations of unauthorized communications, shifting the focus from real conflicts of interests to whether the firewall has been breached. This would likely lead to demands for the installation of an intrusive “corporate monitor,” typically a $1,000-1,500 an hour ($2 million a year) ex-federal prosecutor.

Appearances of conflicts will be impossible to avoid. Almost any decision Mr. Trump makes as president will have an effect—good or bad—on his business interests. There is nothing that he can do to prevent those who believe that staying in his hotels or otherwise doing business with the Trump Organization will improve their relationships with the U.S.

There has been much talk about the Emoluments Clause of the Constitution, which provides that “no person holding any Office of Profit or Trust . . . shall without the Consent of the Congress, accept of any present, Emolument, Office, or Title, of any kind whatever, from any King, Prince or foreign State.”

The problem is that no court or the Justice Department’s Office of Legal Counsel has considered the clause in a context that is helpful in discerning how it will apply to the Trump businesses. So, we do not know what the clause means in the Trump context—other than that paying a market price to stay at a Trump hotel is not a violation….