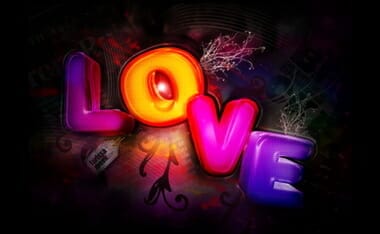 (Originally posted in November of 2013) The “Crock-pot” of marriage life… true for all men in some form or fashion. Via THE BLAZE

The “Duck Dynasty” crew is known for creating a fair bit of laughter, but the Robertson family has also repeatedly made it known that they face the same plights and challenges as everyone else. In a recent interview with “Extra,” patriarch Phil Robertson admitted that his bad behavior once put in jeopardy his 47-year marriage to his wife, Kay — and he revealed how a love note inevitably helped sustain their wedded bliss.

Phil detailed some of the steps he took to get the couple’s relationship back on track during its tainted years. After finding God, he said his worldview and marriage dramatically changed. But he also spoke about how a short note he once wrote played a big role in helping maintain his now-strong relationship with Kay.

Phil told “Extra” reporter Maria Menounos that the note originated long ago when his wife asked him if he loved her.

“I said yes and she said, ‘Write it down.’ So I scribbled, ‘Miss Kay, I love you. I always have and I always will,’” he explained.

That note is still taped over the couple’s headboard, serving as a daily reminder to them both.

So, despite their on-screen love, like any married couple, Phil and Kay have had their share of fights and problems. The Daily Mail noted that the couple began dating in 1964 when Kay was just 14 and that they married two years later.

Along the way, they hit some speed bumps.

“He had about 10 hard years,” Kay told Menounos of the troubles the Robertsons experienced. “He didn’t act nice like he does now, especially when he was drinking. He was real selfish and didn’t want to be responsible.”

Phil chimed in an added that his behavior came at a time “when there was no Jesus” in his life.

But I need something more! For if I know the law but still can’t keep it, and if the power of sin within me keeps sabotaging my best intentions, I obviously need help! I realize that I don’t have what it takes. I can will it, but I can’t do it. I decide to do good, but I don’t really do it; I decide not to do bad, but then I do it anyway. My decisions, such as they are, don’t result in actions. Something has gone wrong deep within me and gets the better of me every time.

It happens so regularly that it’s predictable. The moment I decide to do good, sin is there to trip me up. I truly delight in God’s commands, but it’s pretty obvious that not all of me joins in that delight. Parts of me covertly rebel, and just when I least expect it, they take charge.

I’ve tried everything and nothing helps. I’m at the end of my rope. Is there no one who can do anything for me? Isn’t that the real question?

The answer, thank God, is that Jesus Christ can and does. He acted to set things right in this life of contradictions where I want to serve God with all my heart and mind, but am pulled by the influence of sin to do something totally different.

Dennis Prager brings the listener on a look into the Left’s proclivity to censor, demand identical thought (politically correct thought… not even actions), to teach children to censor historically religious practices “once” Constitutional (like singing “Silent Night” in school), to forcing a baker to bake a cake in lieu of jail time. Prager ends with Woody Allen’s “despair” that is demanded of the non-God view (atheism). I include not only video of what Dennis’ producer was sampling audio from [Woody], but I include the entirety of the question and response to/from Woody Allen at the end of the Prager bit.

A bit long, but well-worth it… especially for some commentary on the Woody piece. Woody Allen references some of the classical thinkers on the issue, hear more of them talk about the reality of their non-faith here: http://vimeo.com/27609417