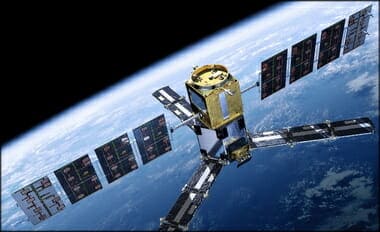 [For the bottom line people]

“We’ve looked at their new results versus our data, and it does appear that the new warming they’ve ‘found’ is just spurious warming in the old (poorly-calibrated, and orbit time-drifting) NOAA-14 MSU instrument, which they leave in the data analysis,” Roy Spencer, a climatologist at the University of Alabama in Huntsville, told TheDCNF.

“We remove that spurious warming since it disagrees with the newer (better calibrated, non-drifting) NOAA-15 AMSU instrument flying at the same time,” Spencer said.

The new RSS data runs much higher than UAH satellite data, run by Spencer and Dr. John Christy, which only shows a warming trend of 0.072 degrees Celsius per decade. RSS also runs hotter than weather balloon data, which show about the same or less warming than UAH data.

One of the issues that have recently come up in conversation is that the Satellite data has been wrong for essentially 19-years is showing a pause in global warming… even though mankind has produced almost two-thirds of the CO2 since the Industrial revolution in that same time. U.S. News and World Report puts it thus:

Climate change doubters may have lost one of their key talking points: a particular satellite temperature dataset that had seemed to show no warming for the past 18 years.

The Remote Sensing System temperature data, promoted by many who reject mainstream climate science and especially most recently by Sen. Ted Cruz, now shows a slight warming of about 0.18 degrees Fahrenheit since 1998. Ground temperature measurements, which many scientists call more accurate, all show warming in the past 18 years.

“There are people that like to claim there was no warming; they really can’t claim that anymore,” said Carl Mears, the scientist who runs the Remote Sensing System temperature data tracking.

The change resulted from an adjustment Mears made to fix a nagging discrepancy in the data from 15 satellites.

The satellites are in a polar orbit, so they are supposed to go over the same place at about the same time as they circle from north to south pole. Some of the satellites drift a bit, which changes their afternoon and evening measurements ever so slightly. Some satellites had drift that made temperatures warmer, others cooler. Three satellites had thrusters and they stayed in the proper orbit so they provided guidance for adjustments.

Mears said he was “motivated by fixing these differences between the satellites. If the differences hadn’t been there, I wouldn’t have done the upgrade.”

NASA chief climate scientist Gavin Schmidt and Andrew Dessler, a climate scientist at Texas A&M, said experts and studies had shown these problems that Mears adjusted and they both said those adjustments make sense and are well supported in a study in the American Meteorological Society’s Journal of Climate….

This “orbital drift” is based on a paper by Carl A. Mears and Frank J. Wentz, which was first submitted to Journal of Geophysical Research, and had the paper rejected. They then “revamped” the paper, and turned it into the Journal of Climate. Keep in mind that there are only two groups working on this stuff… it is a highly specialized field, and Dr. Roy Spencer and Dr. John Christy were and are key to understanding this data set and any changes to it (see appendix). Anthony Watts asked about the paper and their review of it:

UPDATE1: Given this sort of work has only two groups doing it, it is a very narrow field of scientific specialty, I asked Dr. Spencer this question:

I assume neither you or Christy were asked to review this paper? There aren’t many satellite temperature data experts in the world.

Interesting question…. John reviewed their original paper submission to Journal of Geophysical Research, in detail, asking for additional evidence — but not advocating rejection of the paper. The JGR editor ended up rejecting it anyway. Mears & Wentz then revised the paper, submitted it to Journal of Climate instead, and likely asked that we be excluded as reviewers.

As it turns out ~ there is something afoot. Three excellent posts…

JUDITH CURRY notes that the revised paper was not peer reviewed by these two juggernauts in the satellite “maintenance” — also noting that really we (myself included) are prematurely discussing this issue:

The climate models project strong warming in the tropical mid troposphere, which have not been borne out by the observations. The new RSS data set reduces the discrepancies with the climate model simulations.

Roy Spencer’s comments substantially reduce the credibility of the new data set. Their dismissal of the calibration problems with the NOAA-14 MSU is just astonishing. Presumably Christy’s review of the original submission to JGR included this critique, so they are unlikely to be unaware of this issue. The AMS journals have one the best review processes out there; I am not sure why Christy/Spencer weren’t asked to review. I have in the past successfully argued at AMS not to have as reviewers individuals that have made negative public statements about me (not sure if this is the case with Mears/Wentz vs Spencer/Christy).

There is a legitimate debate on how to correct for the diurnal cycle, but based on my assessment, the UAH empirically based approach seems better.

With regards to the ‘pause.’ The ‘pause’ in warming has generally been assessed using the lower tropospheric temperatures, which aren’t yet available from the new dataset. So it is not yet clear what impact the new data set will have on our interpretation of the pause.

With regards to the Feb 2016 spike, I think Bob Tisdale gets it mostly right. While a spike from the El Nino is expected, the Feb 2016 seems anomalous and largely associated with a warm spike in the Arctic (of ‘weather’ origin). I would expect a few more months of anomalously warm temperatures before the El Nino fades. I’m not sure what to make of the ‘re-emergent blob’ scenario.

We won’t know what the 2016 El Nino spike looks like until the end of the year. Then we can compare the 1997/1998 temperatures with 2015/2016 temperatures in a (cherry-less) apples to apples comparison, to assess the underlying trend in temperatures from 1998-2016. The trend will undoubtedly be positive, but most likely it will remain substantially less than the trend predicted by the climate models.

And what of the years following 2016? Will we see cooling and then a continuation of flat temperatures? Or continued warming? I suspect that there will be some cooling and continued flatness. I’ve stated before that it will be another 5 years before we have the appropriate prospective on the current temperature fluctuations and whether or not the early 21st century pause is over.

We just have to grab some popcorn and watch…better stock up, this is gonna take a while.

But still worth noting, EVEN IF you include the new data… we see modeling waaay overblown:

Without the new — I would say, messaged data from one satellite — we see a great comparison lining up of many tracks of reliable temps:

…For their achievement, the Spencer-Christy team was awarded NASA’s Medal for Exceptional Scientific Achievement in 1991 and a Special Award by the American Meteorological Society in 1996 “for developing a global, precise record of earth’s temperature from operational polar-orbiting satellites, fundamentally advancing our ability to monitor climate.” In January 2002 Christy was inducted as a Fellow of the American Meteorological Society.

The data is published monthly, available for all to review. The satellite measurements have been a lightning rod for those who advocate that human emissions of greenhouse gases, particularly carbon dioxide (CO2), are causing significant global warming. There have been three relatively minor errors in the calculations that, when determined, were promptly corrected. Which is how science should work. The corrections involved orbital decay, orbital drift, and the cooling of the stratosphere. The measurement of temperatures, from the surface to roughly 50,000 feet (15 km) altitude, includes the layer for the “Hot Spot” and avoids the cooling stratosphere.

Calculations are now made by three separate groups, UAH, Remote Sensing Systems (RSS), and a group with the University of Washington. In addition, Christy uses four separate sets of radiosonde data from weather balloons to verify his work. The correspondence among these datasets is very close.

Also, Christy served as a contributor or lead author (2001) to the first four reports by the UN Intergovernmental Panel on Climate Change.

As state climatologist, Christy stated that, according to global climate models, the Paris Agreement to cut CO2 emissions will have an impact on temperatures so small that it cannot be measured. Further, he stated that based on research, if surface temperatures are used to estimate the greenhouse effect, daytime highs better serve the purpose than nighttime temperatures or averages. Daytimes highs are less influenced by changes in land use such as urbanization