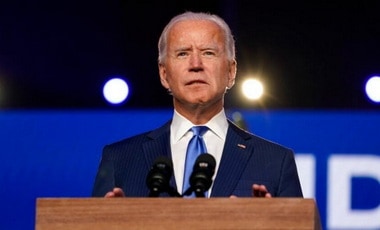 (Jump to the “Canary in a Coalmine UPDATE”)

Rumble — Mark Issler fills in for Dennis Prager and I thought his rant was note worthy. I add some video and a caller. My son is military… Biden is his commander-n-Chief. I am not in the military. I would still take a bullet for Biden because he holds an office and American tradition that needs protection. But my respect. Nope. I am in the Issler corner.

WHAT WOULD IT TAKE TO CONVINCE YOU THE ELECTION WAS RIGGED? (STREAM)

Would Any of This Be Right?

Now, for those fair-minded people who support Biden, may I ask a few questions? Do you believe

Each of those statements is asserted in 131 sworn affidavits from poll workers, poll watchers and whistleblowers or happened in broad daylight.

So please answer me honestly: How many of these wrongs laid out in lawsuits are you willing to outright dismiss? Doesn’t fairness dictate you at least listen to what these people have to say? How many people must swear under penalty of imprisonment for perjury before you acknowledge the vote tallies are horribly tarnished?

Would Any of This Be Suspicious?

Now, my Biden-supporting (or Trump-hating) friends, can we do a little gut check? Aren’t you a little bit queasy about …

CANARY IN A COAL MINE:

“In the sixty-four-page order, Judge Jeff Weill not only calls for a new election but also finds evidence of fraud and criminal activity, in how absentee ballots were handled, how votes were counted, and the actions by some at the polling place,” local news reports.

The race in question – a Democratic primary – occurred in Ward 1 or Aberdeen, Mississippi for the position of alderman between candidates Robert Devaull and Nicholas Holliday.

The judge’s ruling revealed that sixty-six of eighty-four absentee ballots – nearly 79 percent –  cast in the June runoff were fraudulent.

Notary Dallas Jones, responsible for authorizing the fraudulent ballots, testified that she notarized “about 30 something ballots” at one house alone.

The investigation also found that 83 regular ballots were counted without being initialed by election workers.

“The court is of the opinion there is probable cause that several individuals involved in the disturbances during election day at the polling precinct ‘willfully and corruptly violated’ one or more of the above criminal statutes,” court filings state. ……