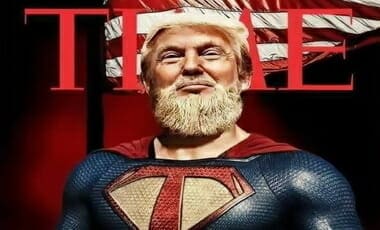 What follows are some strong arguments (I think) against the Democrats case against Donald J. Trump’s impeachment. However, FIRST and FOREMOST, here is the Trump Legal Team’s first day in the Senate defending Trump and responding to the House Managers for impeachment of a sitting President:

PJ-MEDIA has a must read for those interested, they explain each one succinctly… which I merely:

10. Ambassador Volker testified there was no effort to pressure Ukraine to investigate the Bidens
9. Ambassador Taylor testified there was ‘no linkage’ between military aid and investigations
8. Ambassador Taylor testified Ukraine was unaware the lethal aid was being withheld
7. Ambassador Sondland testified Trump didn’t want anything from Ukraine, no quid pro quo
6. Ambassador Sondland testified he had no evidence of a quid pro quo other than his ‘own presumption’
5. Lt. Col. Vindman admitted Hunter Biden wasn’t qualified to be on Burisma’s board
4. Lt. Col. Vindman and Jennifer Williams both agreed Hunter’s position at Burisma had the potential for the appearance of a conflict of interest
3. Ambassador Taylor basically admitted Hunter Biden’s position at Burisma ‘raises questions’
2. Marie Yovanovitch confirmed that there was concern in the Obama State Department about Hunter Biden’s conflict of interest at Burisma
1. George Kent said there were legit concerns about Hunter Biden, and Burisma should be investigated

RIGHT SCOOP sets this clip with the followin: “This is pretty great. Ari Melber actually told the MSNBC panel and their audience that the Democrats did not prove their case that Trump committed obstruction of Congress, and everyone flipped out.” By “flipped out,” they mean Lefties responses to this commentary, which you should see on RS’s site:

This, however, was great… via GATEWAY PUNDIT who said “Deputy White House Counsel Mike Purpura opened the White House defense of President Donald Trump with video of Adam Schiff’s fake call and transcript he read during the House impeachment proceedings. Mike Purpura played the video immediately after taking the podium on Saturday. And there Schiff was lying his face off for the whole world to see….”

The blood drained from Adam Schiff’s face as they played that video. pic.twitter.com/IYHtgJroqg

LEGAL INSURRECTION discusses the first day of the Trump teams response to the House managers. In this first day they challenged the credibility of Schiff, which the above commentary shows as well. LI says this: “It seemed that almost every time I turned on the TV, he was talking and talking and talking. Schiff is the person most behind the impeachment push and the biased House proceedings. We all know that. But the Republican trial team, particularly Patrick Philbin, skewered Schiff today with Schiff’s own prior lies and deceptions. Philbin addressed Schiff’s prior claim to have knowledge of evidence of collusion by the Trump campaign with Russia, evidence that not even Mueller found, showing Schiff’s opinion’s and claims to have evidence to be unreliable…”

Professor Jonathan Turley notes WELL a major misstep by the House Managers accusing the Senate (among others) of a cover-up… bombastic presentations in the House may be the norm. But not in the Senate:

And HUGH HEWITT notes footnote 565 from Trump’s legal team’s legal briefing as evidence for Trump’s concern with Ukrainian interference with our 2016 election:

Hugh Hewitt reads footnote 565 from Trump’s legal team’s brief (PDF can be found here: https://tinyurl.com/rjh9dst). Hewitt then brings it up with Byron York when he was on to discuss his article: “As Trial Begins, the White House Strikes Back” (https://tinyurl.com/utv35mm). As an aside, here is the full extent of Russian interference with the 2016 election, and why (rightly or wrongly) Mueller indicted 13 Russians:

President Trump also raised concerns about corruption. He first raised these concerns in connection with reports of Ukrainian actions in the 2016 presidential election. Numerous media outlets have reported that Ukrainian officials took steps to influence and interfere in the 2016 election to undermine then-candidate Trump, and three Senate committee chairmen are currently investigating this interference.565

This alongside this audio where you can hear former Director of the National Anti-Corruption Bureau of Ukraine (put in place by Obama/Hillary State Department), Artem Sytnyk, admitting that he “helped” Hillary during the 2016 U.S. presidential election (see more at WAYNE DUPREE) — is devastating to the House Managers case! 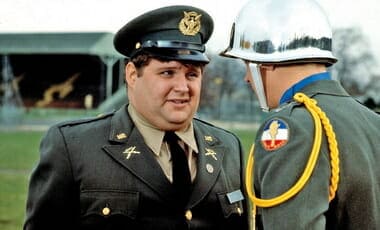 In the fight between left vs right, Democrats vs Republicans, progressives vs conservatives, the sides are clear. The motives are clear. One side will say what they believe helps them the most and hurts their opponents at the same time. It may be ugly, but it’s honest (at least in their intentions if not in substance).

On Tuesday, Representative Devin Nunes (R-CA) laid out the Republican case against impeachment in his opening statement as the ranking member of the House Intelligence Committee. In his statement, he did as most expected and attacked the Democrats’ case, but the real meat and potatoes from his statement came in the form of attacks against mainstream media. (NOQ REPORT)

Rep. John Ratcliffe, notes that Democrats have called Trump’s conduct “bribery” and then pulls out a mountain of papers of deposition transcripts. He says at no point have witnesses described his conduct as “bribery” in the last six weeks. He says the word appears only once — and that’s in relation to former Vice President Joe Biden’s alleged conduct.

Here’s a few notable clips from this evening’s hearing, the first of which is both Tim Morrison and Kurt Volker agreeing that Zelensky had no idea that the Ukraine ad was being held up at the time of the July 25th phone call…

Volker also testified that there was no quid pro quo or ‘bribery’, as they are now calling it:

And finally, Morrison, who was listening in on the July 25th phone call between Trump and Zelensky says nothing concerned him about the call:

Yet again, Chairman Adam Schiff blocks questions from Republicans, refusing to allow @Jim_Jordan to inquire about one of the two individuals Vindman read out about the July 25 call.

If Schiff doesn’t know who the “whistleblower” is, why is he objecting to this question? pic.twitter.com/J7E6wBRI8l