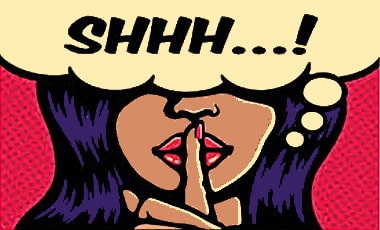 As you will hear, his oath to the law made him take the 5th. I truncate a larger interview between John Eastman and Dennis Prager (12-6-2021). “Everyone knows the Jan 6th committee is a sham. It is filled with Democrats and two hand-chosen Republicans [against House rules] who are trying to save their political careers” (PALMIERI REPORT).

Eastman is a highly respected constitutional law professor who acted as an attorney to President Donald Trump. Eastman has been called to appear before the House of Representatives’ “January 6 Committee.” This committee is an extraordinary departure from the role of Congress and from basic procedural fairness. The very legality of the committee is in question, as it includes no ranking minority member. It appears to have been stacked by House Speaker Nancy Pelosi (D-Calif.) with partisans for whom the outcome of the investigation is known before the investigation has begun. Eastman has very wisely declined to participate in this partisan denigration of procedural fairness, and has invoked his Fifth Amendment right against self-incrimination.

No person may be compelled to be a witness against himself in a criminal case. This is fundamental to our republican form of government. The origin of this rule, as illustrated at length by the famous Claremont professor Leonard Levy, is the necessity of forcing the state to produce evidence of a crime, to guard against the political persecution of enemies and the possibility of manufacturing evidence through coercion. Our legal tradition holds that no inference should ever be made as to guilt by the invocation of this sacred Constitutional right and rule of procedural fairness.

These safeguards are more urgent now than ever before. Every intelligent and educated citizen who is willing to face the truth, to look past the official narratives of the establishment media, can see the facts and the direction in which events are moving.

But, for those deemed enemies of the regime, no protection is given for the express right to a trial prior to punishment.

The rule of law itself is at stake in this controversy. This growing danger must be firmly resisted now, before it is too late.

You can contribute to John Eastman’s legal defense fund HERE.

The following is a link to a three hour video of people that probably have already been arrested and need felony assault charges [again, probably already done].

Of course none of this would have happened if they listened to Trump and Federal Authorities**… which is why they illegally banned [and thus made the J6 Committee illegal] Rep. Jim Jordan and Rep. Jim Banks:

Here is an excerpt:

….Pelosi’s decision to politically exploit the riot at the Capitol was a no-brainer. Democrats nearly lost the chamber in 2020 when Democrats took control of the Senate and presidency. The president’s party almost always loses significant numbers of House seats during midterm elections. The only time that didn’t happen in recent history was 2002, following the 9/11 terrorist attacks. Pelosi understandably felt her best bet to preserve power was, with a massive assist from left-wing media, to somehow turn disgruntled Donald Trump supporters’ riot at the Capitol into the next 9/11.

There were massive problems with the scheme. For one thing, Republicans had immediately and vociferously denounced the riot. This was a far cry from the Summer of Violence, when Democrats and their media enablers cheered as leftist groups destroyed sectors of cities throughout the country, resulting in “some 15 times more injured police officers, 23 times as many arrests, and estimated damages in dollar terms up to 1,300 times more costly than those of the Capitol riot.”

Democrats did not condemn these serious and lengthy attacks on the White House, federal courthouses, police buildings, private businesses, and homes. Instead, they joined with the rioters in calling for the defunding of police and other radical measures.

The riots were the result of a deeply destructive lie, pushed by top Democrats, that the country and its policing are irredeemably evil and racist. What’s more, any and all attempts to quell the siege of federal buildings were condemned in the most hysterical terms by Pelosi and other Democrats. 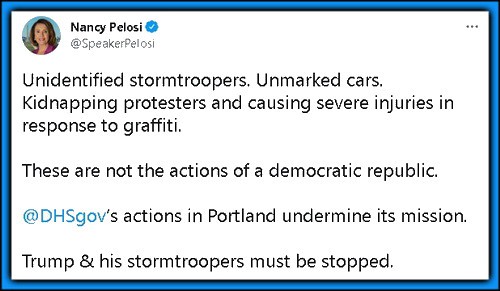 Kamala Harris, then a senator from California and the Democrats’ vice-presidential nominee, supported bailing out rioters who destroyed much of Minneapolis. Pelosi pooh-poohed the destruction of federal statues and historical markers. Republicans had consistently opposed political violence, beginning in the summer of 2020, but Democrats had not…..

** What is not known by the typical cable news watcher, probably, is that both the Capital Police and the mayor of D.C. turned down offers to help secure the government areas before and as the mob of crazed Lefties and Righties descended on the Capital: