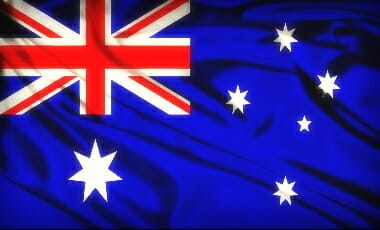 Remember, last year was the AMAZON FIRES… we are now in the next “big climate event”… thanks to Russell Crowe (actor), with his absent award speech at the Golden Globes (STUFF):

Russell Crowe used his Golden Globes win as a platform to blame climate change for the Australian bushfires.

Jennifer Aniston presented Crowe with the Golden Globe for Best Performance by an Actor in a Limited Series or Motion Picture Made for Television for his performance in The Loudest Voice, but said he wasn’t there to accept because he was “in Australia protecting his family from the devastating bushfires.”

The New Zealand-born actor had, however, sent a message in case he won.

“Make no mistake,” his speech ran, “the tragedy unfolding in Australia is climate change-based.

“We need to act based on science, move our global workforce to renewable energy, and respect our planet for the unique and amazing place it is. That way, we all have a future.”

The message was met with resounding applause from the star-studded ballroom of the Beverly Hilton Hotel….

NO MENTION OF THE FOLLOWING was reported or spoken to by Crowe or others in attendance (ABC):

Two dozen Australians in the state of New South Wales have been arrested since early November for intentionally setting fires as record-large blazes continue to burn across the country.

There have been 24 people charged with deliberately setting fires among 183 facing legal action in the state, according to the New South Wales Police Force.

In addition to those facing the most serious charges of starting fires intentionally, authorities said another 53 people are facing legal action for not complying with the state’s fire ban and 47 people have faced legal action for discarding a lit cigarette or match on land….

And the DAILY CALLER opines as well:

New South Wales police charged more than 20 people for deliberately starting fires across Australia as the country beats back wildfires. Activists and celebrities said climate change played a part in the blaze.

The NSW Police Force is taking legal action against 180 people since the end of 2019, according to local reports. Australian fires have killed 18 people and claimed the lives of hundreds of millions of animals….

CLIMATE CHANGE DISPATCH does note that “It’s unclear how many, if any, of the fires started by those charged continue to burn.” But let’s move on to the other big issues related to this “outbreak” of climate….

…We have had an horrific start to the bushfire season, and much is being said about the more than 17 lives lost already, and that smoke has blown as far as New Zealand. Unprecedented, has been the claim. But just 10 years ago, on 9 February 2009, 173 lives were lost in the Black Saturday inferno. On 13th January 1939 (Black Friday), 2 million hectares burnt with ash reportedly falling on New Zealand. That was probably the worst bushfire catastrophe in Australia’s modern recorded history in terms of area burnt and it was 80 years ago: January 13, 1939.

According to the Report of the Royal Commission that followed, it was avoidable.

In terms of total area burnt: figures of over 5 million hectares are often quoted for 1851. The areas now burnt in New South Wales and Victoria are approaching this. 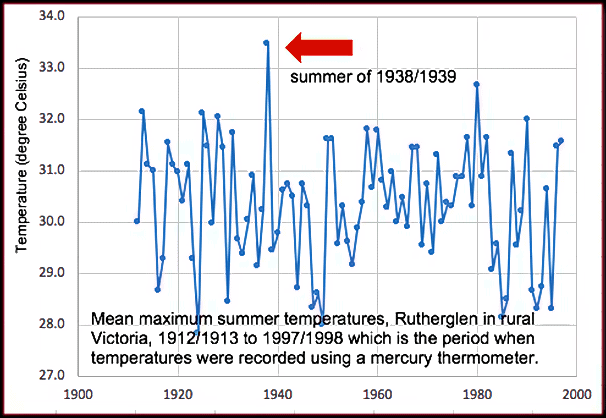 Figure 1. Mean maximum summer (December, January February) temperatures as measured at Rutherglen in rural Victoria by The Australian Bureau of Meteorology for the period when mercury thermometers were used. Data unadjusted/not homogenised.

The summer of 1938-1939 was probably the hottest ever in recorded history for the states of New South Wales and Victoria. It is difficult to know for sure because the Bureau has since changed how temperatures are measured at many locations and has not provided any indication of how current electronic probes are recording relative to the earlier mercury thermometers.

Further, since 2011, the Bureau is not averaging measurements from these probes so the hottest recorded daily temperature is now a one-second spot reading from an electronic devise with a sheath of unknown thickness. In the United States similar equipment is used and the readings are averaged over five (5) minutes and then the measurement recorded….

WATTS UP WITH THAT notes the “fule load” issue that is compounded via environmentalists (eco-fascists):

Liberal MP Craig Kelly has defended Prime Minister Scott Morrison’s handling of the bushfire crisis during a television interview in Britain that descended into chaos after the hosts savaged the self-proclaimed climate sceptic.

The backbencher was called a “disgrace” and told to “wake up” during the combative encounter that threatens to undermine Morrison’s efforts to reassure Australians that his government accepts the link between climate change and extreme weather events.

Nodding in agreement as he was introduced to viewers as a climate sceptic, Kelly argued the fire crisis was caused by high fuel loads and the drought.

He also claimed there was “simply no” long-term trend to back up the widespread conclusions of scientists and other experts that the Australian climate was warming.

“To try to make out as some politicians have to hijack this debate, exploit this tragedy and push their ideological barrow, that somehow or another the Australian government could have done something by reducing its carbon emissions that would have reduced these bushfires is just complete nonsense,” Kelly said.

….As for Craig Kelly’s claim about fuel load, I can confirm this by personal observation. My local area, much of the region along the road from my hometown to the Queensland state capital Brisbane is a vast tinderbox of dry, scrubby bush and dry grass growing on the ground between the trees, overlaid with flammable eucalyptus deadwood ranging from twigs to fallen tree trunks, all ready to be ignited by the slightest spark (see the image at the top of the page).

Eucalypts, the dominant tree type in the Australian bush, shed tremendous quantities of dead branches and leaves. In the absence of frequent controlled burns the dead plant material rapidly self assembles into near perfect fire starting structures, with lightweight material laced with flammable eucalyptus oil at the bottom, tough spindly branches which ensure lots of airflow, all mixed in with heavier branches which consolidate any fire which starts in the lightweight material.

Hardly anybody in Australia dares to clear the bush and trees away from their houses, an obvious safety precaution in a bushfire area. People who make their homes or properties safe from fire risk financial ruin under laws based by urban green politicians, if the government catches them clearing native vegetation. Nobody, no matter how remote, is safe from the scourge of potentially lethal government bullying; Aussie state governments use satellites and AI to target and prosecute people trying to keep their properties safe from bushfires.

I am not personally at risk from bushfire, but I know people in my area who could lose their homes if it all ignites.

JAMES DELINGPOLE has a great addition to this discussion as well that blows the narratvive out of the water (also, NOT A LOT OF PEOPLE KNOW was referenced in the article):

One should note as well that a viral pic is not based in fact, satellites, and is MUCH exaggerated (3-D imaging): 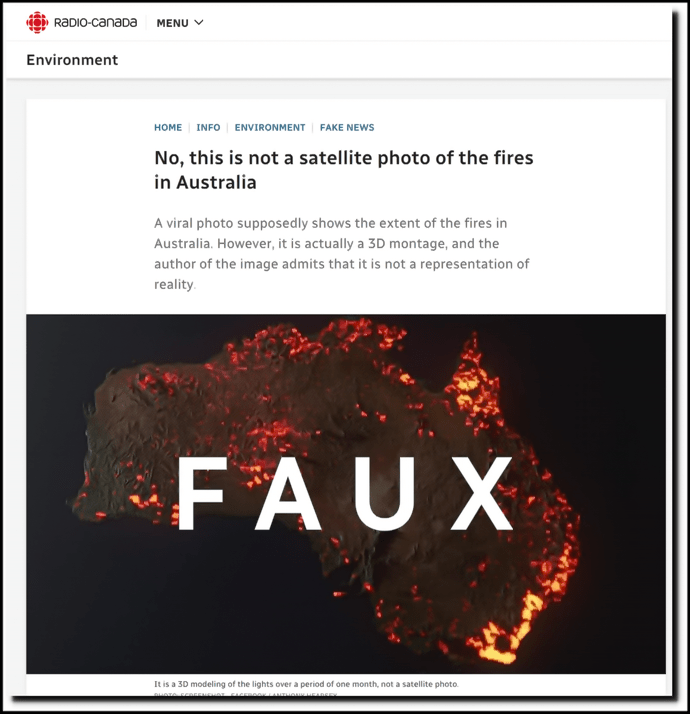