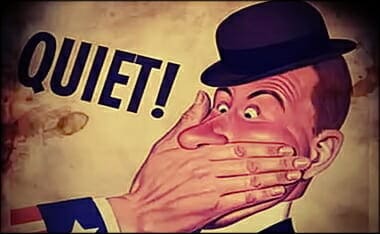 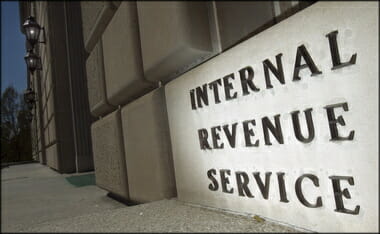 SISTA TOLDJAH mentioned this a few days back:

It could be a coincidence: a meeting between a very union-friendly president and the head of the union that includes IRS employees, a union described as very “anti-Tea Party,” and then the very next day the IRS begins targeting Tea Party and other conservative groups, stalling their applications for non-profit status.

According to the White House Visitors Log, provided here in searchable form by U.S. News and World Report, the president of the anti-Tea Party National Treasury Employees Union, Colleen Kelley, visited the White House at 12:30pm that Wednesday noon time of March 31st.

In White House language, “POTUS” stands for “President of the United States.”

The very next day after her White House meeting with the President, according to the Treasury Department’s Inspector General’s Report, IRS employees — the same employees who belong to the NTEU — set to work in earnest targeting the Tea Party and conservative groups around America. The IG report wrote it up this way:

In short: the very day after the president of the quite publicly anti-Tea Party labor union — the union for IRS employees — met with President Obama, the manager of the IRS “Determinations Unit Program agreed” to open a “Sensitive Case report on the Tea party cases.” As stated by the IG report.

And we also have this bit of information about how the IRS union acted negatively towards Republicans (a public service organization shouldn’t be unionized for this exact reason). This is via GATEWAY PUNDIT:

In 2011 over 500 federal employees of the National Treasury Employees Union held a rally with Democrats to bash Republicans and Bush.
Medill on the Hill

More than 500 federal employees piled into the Capitol Visitor Center after rally organizers scrapped the original setting. The passionate audience welcomed Democratic lawmakers and NTEU President Colleen Kelley as they listed the grievances of the federal workforce and encouraged the union to spread the message.

In particular, Kelley expressed disappointment over the two-year pay freeze on federal employees imposed by President Barack Obama, which Sen. Ben Cardin, D-Md., called “wrong.”
“You shouldn’t have had those freezes,” he said. “You didn’t cause this deficit…Don’t pick on the federal workforce; that’s wrong.”

A chorus of boos echoed through the packed auditorium when former President George W. Bush and the Republican Party were fingered as the culprits at blame for the ailing economy. Del. Eleanor Holmes Norton, D-D.C., said Republicans favored the wealthy and insisted on using the middle class workers as a “nice piggy bank,” which would “make up for their Bush tax cuts, their unpaid-for wars and their corporate tax breaks.” Now there is this information making it look more and more likely that the White House knew about the inner workings of this scandal, the following is from the Daily Caller:

Publicly released records show that embattled former IRS Commissioner Douglas Shulman visited the White House at least 157 times during the Obama administration, more recorded visits than even the most trusted members of the president’s Cabinet (see graph at top).

Shulman’s extensive access to the White House first came to light during his testimony last week before the House Oversight and Government Reform Committee. Shulman gave assorted answers when asked why he had visited the White House 118 times during the period that the IRS was targeting tea party and conservative nonprofits for extra scrutiny and delays on their tax-exempt applications.

By contrast, Shulman’s predecessor Mark Everson only visited the White House once during four years of service in the George W. Bush administration and compared the IRS’s remoteness from the president to “Siberia.” But the scope of Shulman’s White House visits — which strongly suggests coordination by White House officials in the campaign against the president’s political opponents — is even more striking in comparison to the publicly recorded access of Cabinet members.