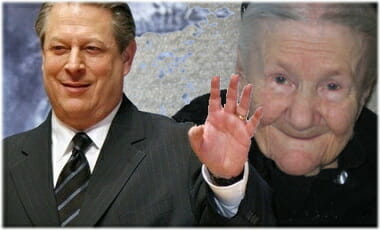 In an age of pseudo political “science” and a waning of an understanding of true heroism in the face of evil — mainly due to a lessening of what evil “is.” I previously wrote about this true hero that had her Nobel Prize swiped from her by the fraud known as Al Gore. Maybe he believes that “global warming” is the #1 issue facing humanity in order anesthetize his understanding that Irena Sendler is a TRUE hero of humanity — who fought real evil. Al Gore’s predictions have failed to come to pass (in Old Testament times he very well may have been put to death), and the following graph shows how fleeting political and environmental heroes can be in the face of real one… like IRENA SENDLER, who should have won the Nobel Peace Prize that year instead of Gore.

JOE BASTARDI finishes off a post (after the above graph) by saying this:

….But there is more to me. Let me lay my cards on the table. Over the years I have become a big fan of Israel. I am not Jewish, but I find the history of the Jewish people remarkable, if not astonishing. What happened in World War II cannot be put into words. Here we have a case of someone with actions far beyond the fantasy of a forecast of tomorrow that took a back seat to … what? Now let me ask you this: If you were in the running for the Nobel Prize against Irena, would you even accept the award understanding that what you are doing involves an agenda that is relying on future events versus actual heroic accomplishments in one of mankind’s darkest hours? Who would do that?

Even more distressing is the idea that you actually equate your cause with causes that have real value for the people who are involved in it. For instance, equating “climate change” with racial equality. That is a flat-out insult to that cause. Or labeling people who disagree with you as “deniers” or “Nazis,” which shows total disrespect for people who can never forget what happened in one of man’s darkest hours. Shame on you. Shame on you trying to equate your straw man argument with real problems that people bled and died for and the problems the world faces today. Shame on the people who think that the heroism of the past is less worthy than fantasy-driven utopian agendas in the future.

I am glad Al Gore has his new movie out. It reminded me of Irena Sendler, who he beat out for the Nobel Prize. Because it gave me a chance to write on someone whose story should be known and once again expose someone who has gotten rich off something that can’t hold a candle to the bravery of people in the era that Irena Sendler exemplified.

Is this an example of the Left relying on old white, wealthy males to guide society rather than lauding women of history? 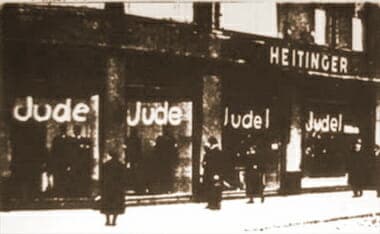 Facts about Irena which are not generally known. All of these are from primary sources

Much of the facts were compiled by “LIFE IN A JAR“