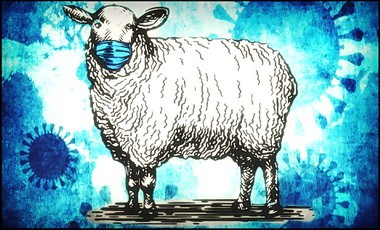 I heard this on the radio… I do not know which show, but I read about it shortly thereafter at TOWNHALL; it deals with the new favorite study cited by the CDC showing masks prevent spread among children. The CDC Director, Rochelle Walensky, even double downed on the mask study from Arizona — even though the ATLANTIC (“The CDC’s Flawed Case for Wearing Masks in School”) trashed it:

CDC Director Rochelle Walensky is asked “Will you follow the science and stop relying on faulty studies and end mask mandates for children in schools?”

She reiterates that children should be masked and vaccinated. pic.twitter.com/jd7AFmxx5u

When the Director mentions studies in other countries… she is referring to the Bangladesh study, but that will be dealt with momentarily. Here is an excerpt from TOWNHALL’S article:

The Atlantic called out the Centers for Disease Control and Prevention for some of the data it relied upon to  push its case for masking in schools, arguing the agency’s position is “based on very shaky science.”

“Scientists generally agree that, according to the research literature, wearing masks can help protect people from the coronavirus, but the precise extent of that protection, particularly in schools, remains unknown—and it might be very small,” author David Zweig argued.

The data that currently exists has led to a wide array of position on masking children in schools, Zweig pointed out—from the World Health Organization being against the masking of kids under the age of 6 to the European Centre for Disease Prevention and Control also opposed to masking children in primary school. The CDC, however, forces masks upon children as young as 2.

To help make this case, CDC Director Rochelle Walenksy in September touted a study based on Arizona public schools claiming that those without a mask mandate were 3.5 times as likely to have an outbreak of Covid-19 than those that forced masking. Walensky repeated the study’s claim in multiple settings in the weeks and months afterwards.

But the Arizona study at the center of the CDC’s back-to-school blitz turns out to have been profoundly misleading. “You can’t learn anything about the effects of school mask mandates from this study,” Jonathan Ketcham, a public-health economist at Arizona State University, told me. His view echoed the assessment of eight other experts who reviewed the research, and with whom I spoke for this article. Masks may well help prevent the spread of COVID, some of these experts told me, and there may well be contexts in which they should be required in schools. But the data being touted by the CDC—which showed a dramatic more-than-tripling of risk for unmasked students—ought to be excluded from this debate. The Arizona study’s lead authors stand by their work, and so does the CDC. But the critics were forthright in their harsh assessments. Noah Haber, an interdisciplinary scientist and a co-author of a systematic review of COVID-19 mitigation policies, called the research “so unreliable that it probably should not have been entered into the public discourse.”

This is not the only study cited by Walensky in support of masking students, but it’s among the most important, having been deployed repeatedly to justify a policy affecting millions of children—and having been widely covered in the press. The agency’s decision to trumpet the study’s dubious findings, and subsequent lack of transparency, raise questions about its commitment to science-guided policy. (The Atlantic)

After detailing the numerous issues with the study, Zweig said the government continuing to tout it is “especially demoralizing.”

“How did research with so many obvious flaws make its way through all the layers of internal technical review? And why was it promoted so aggressively by the agency’s director?” he wondered.

Other sites likewise write on this unraveling of a study founded not in science but in pseudo-science:

An article from The National Pulse went viral last month that reported on a European study that concluded masks were not effective in preventing the transmission of COVID-19 when it was most needed, and even showed a positive correlation between mask usage and COVID deaths.

The peer reviewed study “Correlation Between Mask Compliance and COVID-19 Outcomes in Europe” was published in Cureus Journal of Medical Science in April of this year, and was authored by Beny Spira, an Associate Professor at the University of São Paulo.

The National Pulse’s Natalie Winters, explained in her summary of the study that:

Countries with high levels of mask compliance did not perform better than those with low mask usage,” found a new study, whose data and analysis instead discovered a “moderate positive correlation between mask usage and deaths.”

“Data from 35 European countries on morbidity, mortality, and mask usage during a six-month period were analyzed and crossed,” continued the study, which encompassed a total of 602 million people.

“The findings presented in this short communication suggest that countries with high levels of mask compliance did not perform better than those with low mask usage in the six-month period that encompassed the second European wave of COVID-19,” Spira summarized.

“The lack of negative correlations between mask usage and COVID-19 cases and deaths suggest that the widespread use of masks at a time when an effective intervention was most needed, i.e., during the strong 2020-2021 autumn-winter peak, was not able to reduce COVID-19 transmission.”

So in summary, the study’s main takeaway found a lack of negative correlation between mask wearing and a reduction in COVID transmission, and so absent was a negative relationship that a “moderate” positive one for COVID deaths was actually present……

(the rest of the article discusses the failed “fact check”)

Specifically, the study not only replicates the CDC study, which found a “negative association” between masks and pediatric cases of Covid-19, it also extends the study to include more districts over a longer period of time. In the end, the new study had nearly “six times as much data as the original study.”

“Replicating the CDC study shows similar results; however, incorporating a larger sample and longer period showed no significant relationship between mask mandates and case rates,” the study finds. “These results persisted when using regression methods to control for differences across districts. Interpretation: School districts that choose to mandate masks are likely to be systematically different from those that do not in multiple, often unobserved, ways. We failed to establish a relationship between school masking and pediatric cases using the same methods but a larger, more nationally diverse population over a longer interval. Our study demonstrates that observational studies of interventions with small to moderate effect sizes are prone to bias caused by selection and omitted variables. Randomized studies can more reliably inform public health policy.”…. 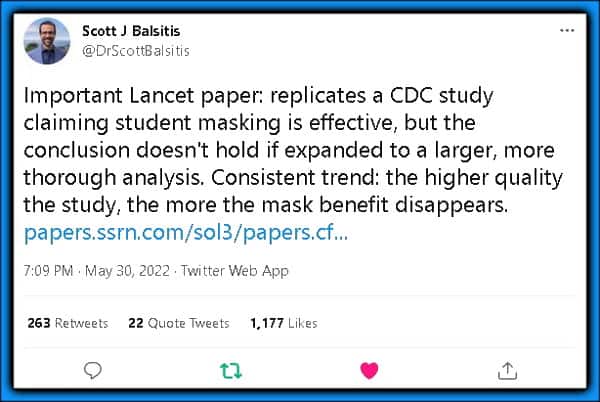 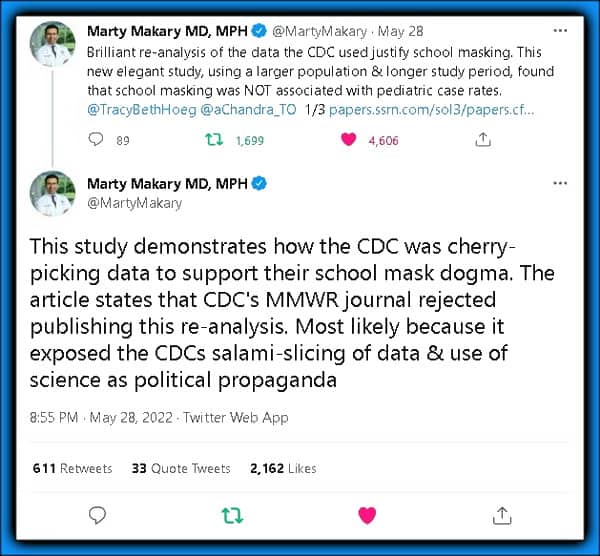 The other study relied upon to push masks, despite there being well over “150 Comparative Studies and Articles on Mask Ineffectiveness and Harms“, is one cited a couple months back that I already dealt with a bit — but will repost some information on it here as it is related.

The study also provided no insight into the question of masking for children. Children under age 12 remain the only population in the U.S. unable to get vaccinated, and whether or not to mandate masks in schools is the primary debate happening currently with regard to masking. The data suggests that masking kids may marginally benefit the adults around them, who have by now chosen whether or not to get vaccinated, but says nothing as to whether masking will benefit the kids themselves in a significant way.

Critics of the study also pointed out that, based on the 95% confidence intervals reported, it’s possible the cloth masks had zero effect.

The study shows that community masking helps slow the spread of COVID-19 by a relatively small amount among the elderly in a community with little-to-no vaccinated people. In the U.S., where most adults are vaccinated, and the most vulnerable were prioritized for vaccination and other mitigation efforts are available (ventilation, more advanced medical care, etc.), the meaning is less clear.

And of course we can’t forget the Director’s completely false statement about masks being 80% affective (see LIFESITE):

And a Michigan study of schools that had mask rules and those schools that required no masking was also devastating to the “masks help” narrative:

Masks are worse for the environment than Styrofoam cups! 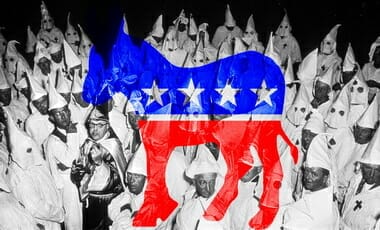 I have an addition to the HOT AIR story, but first the main idea:

…The most recent example of this is California Senate President pro Tempore Kevin de Leon, who grandstanded to colleagues on Monday he wanted to have a series to public hearings to make sure “California is adequately prepared for Nazi rallies.”

“We’ve already seen this repugnant ideology rear its ugly head on our own college campuses … even right here at our great state Capitol,” De Leon dramatically intoned while reading from pink pages. “In fact, after last year’s fiasco, where a melee occurred on these Capitol Grounds, CHP, the California Highway Patrol, at my request, has fully reviewed what transpired and has made a number of arrests and completed an assessment.”

What’s interesting, yet completely unsurprising, is de Leon’s decision to not reveal exactly how many were arrested and whether they were actual Nazis. The truth is only four people, out of the 106 CHP wanted charged are actually facing prosecution: one a Nazi, while the other three were counter-protesters, aka Antifa. De Leon also failed to mention whom the fine folks in law enforcement believe are to blame for said melee. For that, we have to turn to comments made by CHP in June 2016. Via the Los Angeles Times:

“If I had to say who started it and who didn’t, I’d say the permitted group didn’t start it,” said California Highway Patrol officer George Granada, a spokesman for its Protective Services division. “They came onto the grounds and were met almost instantly with a group of protesters there not to talk.”

The permitted group, for those wondering, is The Traditionalist Worker Party, which openly admits to supporting National Socialism aka Nazism. Their philosophy is completely execrable, but at least the loathsome Neanderthals ask for permits.

The Antifas, who are as execrable and Neanderthalic as the Ratzis, did not have a permit, and showed up to stop the rally from happening.

Now, I personally don’t believe organizations need to implore on bended knee “if it pleases the Crown, pretty please give us a piece of paper” in hopes of promoting some sort of cause. The First Amendment does protect the freedom of speech and assembly, as long as the group doesn’t trample on private property.

However, the Antifas showed just how fascist they are by deciding the best way to protest is with a fist to the face instead of fist in the air, proclaiming, “Down with Nazis! Down with hate!” After all, Antifa did cause $100K in damage to UC Berkeley, something de Leon conveniently forgets, then decided to cause more damage downtown.

So why doesn’t de Leon acknowledge the facts of what happened and admit the so-called Antifas started the violence? Why should that interfere with a good story for voters? After all, de Leon is yearning for a promotion to lieutenant governor and it behooves him to pretend to be “doing something, anything!” to cajole Democrats to cast their vote for him. Besides … everyone hates Nazis, except those who share their beliefs, so might as well make them out to be the problem instead of admitting something is rotten in the state of California.

This is why this entire “left wing vs. right wing” classification is as ridiculous as dress shoes in an ice hockey game. The true battle is between ideologues who believe in freedom versus those who believe in totalitarianism…..