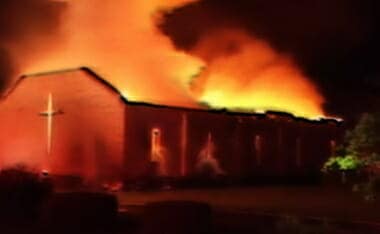 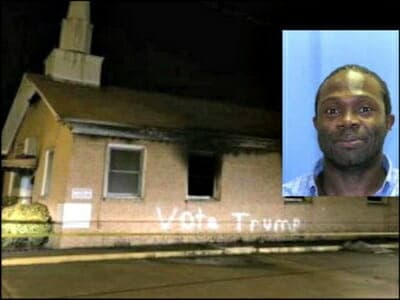 Let me postscript this with a word about previous burnings in the South. Yes, the KKK did burn churches in the South. In fact, the church mentioned below, Mount Zion AME Church, was burned in 1995 by [they say] ex-Klan members Arthur Allen Haley, 51, and Hubert Lavon Rowell, 50. I would be curious as to these two men’s voting habits. I would bet dollars to doughnuts that these men were life-long Democrats.

So, as a more modern example, the graphic to the right shows 8-black churches burned in just over a week. Take notice that MSNBC does not inform you in a large article referencing the KKK and racism with graphics as visual which one of these are later determined to be non-arson related or which fires were started by black men or which ones were done to collect insurance money.

In other words the Klan is so innefective and racism so sparse that the media has to use microagressions and hyperbole to make it seem like we are living in an age of imperialist white supremacist Christian cisgender capitalist heteropatriarchal males.

For instance, in this graphic, 16% of the fires at “places of worship and funeral homes” were intentional. But out of this percentage we are not told about fires possibly set for the reason of collecting insurance, a pissed off parishoner, a victicrat (someone seeking attention for a group or for self), or racism:

Media groups as well as left-leaning organizations have pin-pointed these acts to white-racist arsonists. For instance, here is the Washington Post noting the issue:

The fire was one of six at black churches in the past two weeks, three of which are being investigated as arsons, and one of hundreds, possibly thousands, in the past two centuries.

The cause of Tuesday’s blaze and the others remain uncertain, although the AP, quoting an unnamed federal source, reported Wednesday morning that “preliminary indications” suggested it was not an arson. Still, along with earlier fires since the massacre at Charleston’s Emanuel AME Church, the blazes evoked a painful history, some of it recent, that still haunts African American congregations.

Just hours before the Mount Zion fire broke out, the NAACP warned black churches to “take necessary precautions” against the threat of attack. And federal law enforcement officials are now automatically investigating all such fires at black churches to see if they are hate crimes….

Except… the arsonist is black! The Daily Caller notes how the media and leftist groups immediately blamed the “white man.”

An African-American man in his 30s has been arrested for setting a string of fires at black churches in St. Louis, the St. Louis Post-Dispatch is reporting.

The arsons causes minimal damage, but federal investigators were brought in.

Speculation swirled that the fires were racially-motivated, especially given the proximity to Ferguson, Mo., the St. Louis suburb that was the site of massive protests last year over the police-involved shooting of Michael Brown, an 18-year-old black man.

A white priest at St. Louis’ Christ Church Cathedral asserted that the arsonist had racist motives.

“Holy God, if we ever needed a wake-up call to believe that racism is alive in St. Louis — if this is not it, I don’t know what it could be,” Mike Kinman said, according to CNN.

The group quoted a journalist who covers African-American issues who said that the fires were “both alarming and not surprising.”

“This is alarming because domestic terrorism is alive and well,” David A. Love told the SPLC. “It is such a problem that the U.S. Department of Justice recently predicted increases in violent acts by white extremists who are responding to a new reality in which people of color will become a majority in America.”

The SPLC also quoted Love blaming “a vicious cycle created by rightwing politicians, the NRA and hate groups who stir up anger, fear and resentment over changing demographics and want their country back.”…

FAKE HATE CRIMES are all the rage you know! 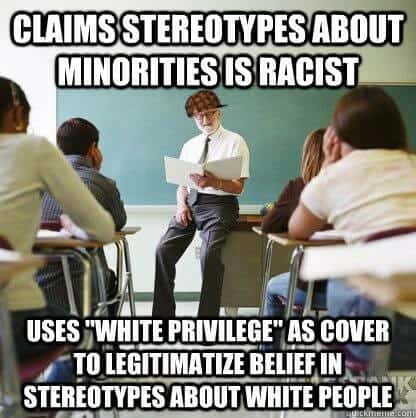