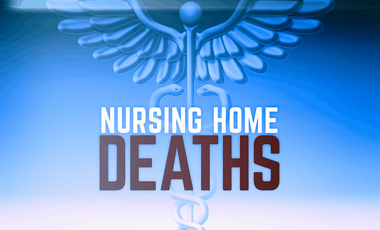 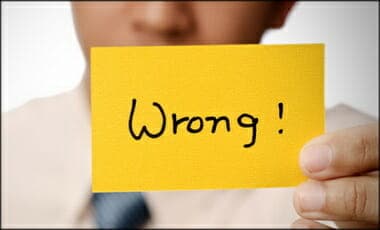 As freedoms vanish across the country the ACLU has filed dozens of lawsuits, none protecting the Bill of Rights.

THE BLAZE notes the story about the Governor of Michigan’s

Michigan Gov. Gretchen Whitmer (D) has instituted some of the harshest and arguably least constitutional stay-at-home orders in the country in response to the coronavirus pandemic, and as such has been the target of some eminently predictable protests. claims on CNN:

After reviewing hundreds of pictures of the protesters that were posted on social media, and by media photography services like Getty Images, as well as news accounts from other media outlets repeating Whitmer’s claim, it appears that Gov. Whitmer’s claim is partially true, but misleading.

We were able to locate exactly two protesters who displayed swastikas on their signs while protesting. However, as you will see, no reasonable person would conclude that these people were displaying the swastika as a symbol of white supremacy. Rather, they were obviously using the swastika in an admittedly over-the-top criticism of the harshness of Whitmer’s policies. 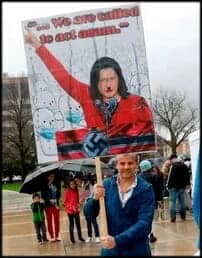 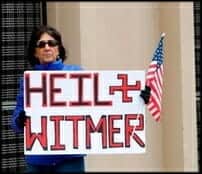 (Pics via THE BLAZE)

The first one is not even technically a swastika, although it is certainly trying to be [picture to the right]

It should be noted that this picture was NOT taken at the April 30 rally that was the subject of Gov. Whitmer’s Sunday remarks, but rather at the April 15 protests that occurred on the steps of the state capitol. However, in the interest of being as fair as possible to Gov. Whitmer, and including all of the protests against her orders that have occurred, the above photograph should be noted.

The other sign featuring a swastika appears to be the only instance of a swastika being displayed at the April 30 protests. And, as you can see, no reasonable person could interpret the sign as being pro-Nazi or pro-Swastika [picture to the right].

Thus, the claim that swastikas have been on display at the protests against Whitmer is true; however, the claim that the swastikas were used as an expression of racism or white supremacy is clearly false. These protesters were not comparing Whitmer to Hitler because they are huge fans of Hitler and therefore also huge fans of Whitmer. Rather, they are comparing her to Hitler because, in their mind, that is the worst comparison that could be made. If anything, that is an expression opposing racism rather than supporting it.

As far as the claim regarding “nooses,” we were not able to find any pictures taken by any of the many media photographers who covered the event that depicted a noose…..

Why were the experts so off on COVID-19?

Steven exposes the history behind Prof. Neil Ferguson, the man who originally predicted 2.2 million Coronavirus deaths and how wrong he’s been.

…Although these difficulties afflict all modelling, there has been particular criticism in recent days of Professor Ferguson’s track record. He worked on initial estimates for the possible death toll of variant-CJD, aka the “human form of mad cow disease,” in 1996, estimating with others a range from 50 deaths to 50,000. But these were far from the most lurid estimates for a disease that has actually killed just 176 people. During the outbreak of foot-and-mouth disease (FMD) in 2001, his estimates led to a far wider cull of animals than previously thought necessary, ultimately costing the economy an estimated £10 billion.

One critic, Michael Thrusfield, professor of veterinary epidemiology at Edinburgh University, has since written two papers that are highly critical of the research led by Ferguson on FMD. One of the papers, from 2006, argues that “the models were not ﬁt for the purpose of predicting the course of the epidemic and the effects of control measures. The models also remain unvalidated. Their use in predicting the effects of control strategies was therefore imprudent.”…

The elite think that they are above the rules they set for the masses. 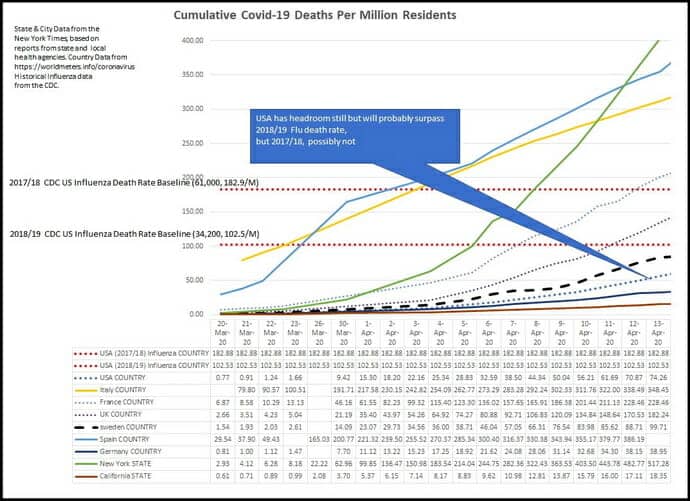