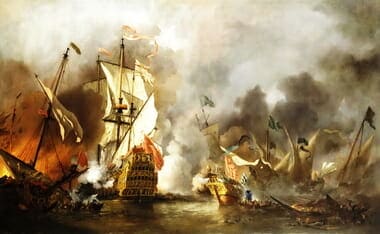 This was to be the first of many times that an American president would plot to overthrow a foreign government–a dangerous game but one that the Jefferson administration found as hard to pass up as many of its successors would. Wrote Madison:

But then Rep. Rashida Tlaib announced that she hadn’t actually used Jefferson’s Koran, but an actual Koran. Despite her announcement, many media outlets didn’t bother correcting their fake news. But that’s typical of the media, which acts as the communications arm for the most radical Democrat elements, without ever caring about truth or the facts.

It’s not surprising that Rashida Tlaib chose to opt out of Jefferson’s Koran. While it’s a great publicity stunt, Rashida Tlaib realized that she could gain the benefits of the propaganda, without actually having to soil her religion by using a book that no good Muslim would touch.

There are two problems with Jefferson’s Koran.

1. It was owned by an infidel. That’s a lesser problem.
2. Its translation is quite blasphemous.

Jefferson wasn’t reading the Koran in the original Arabic. His Koran was translated by George Sale in the 18th century. It contains his commentary and notes, some flattering, some rather less so….

(The whole article is worth a read… not long at all)

This UPDATE [now a lie by the MSM] comes by way of WEASEL ZIPPERS, and it has to do with a new Congresswoman being sworn in on Thomas Jefferson’s Qu’ran. (Click TWEET for link to watch video) 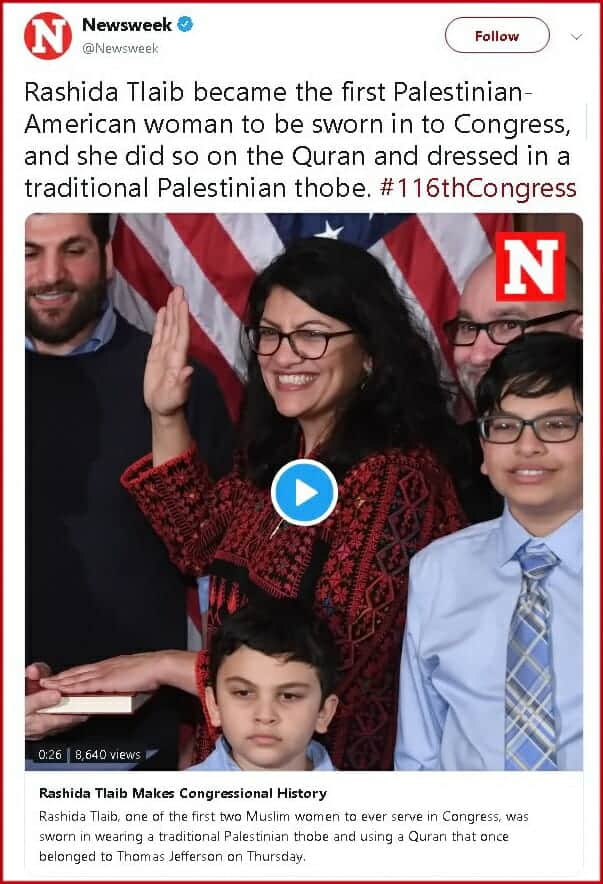 It’s pretty ironic for a couple of reasons.

1) Jefferson had the Quran not because he believed in it, but because, among other reasons, US shipping was being attacked by radical Islamist Barbary Pirates who justified their actions by the Quran. He wanted to understand their thought to know how to deal with them.
2) George Sale who wrote that translation did it specifically to expose what he thought were problematic aspects of the Quran that not everyone covered, so his point was to expose them to Christians.

To emphasize the idea that this socialist Muslim is clueless, take note of JIHAD WATCH’S quoting Rashida Tlaib:

…According to the Detroit Free Press, Tlaib will borrow this version of the Qur’an from the Rare Books and Special Collections section of the Library of Congress.

“It’s important to me because a lot of Americans have this kind of feeling that Islam is somehow foreign to American history,” said Tlaib, “Muslims were there at the beginning…. Some of our founding fathers knew more about Islam than some members of Congress now.”…

What rhymes with clueless? Brainless? ALSO NOTE an older post of mine on a couple of these anti-Semitic Democrats:

After her primary win on August 7, however, Tlaib radically shifted her positions on Israel, so much so that Haaretz suggested that she pulled a “bait-and-switch.”

In an August 14 interview with In These Times magazine, Tlaib was asked whether she supported a one-state or two-state solution. She replied:

“One state. It has to be one state. Separate but equal does not work…. This whole idea of a two-state solution, it doesn’t work.”

Tlaib also declared her opposition to US aid for Israel, as well as her support for the BDS movement.

When asked why she accepted money from J Street, Tlaib said that the organization endorsed her because of her “personal story,” not her policy “stances.”

In an August 13 interview with Britain’s Channel 4, Tlaib revealed that she subscribes to the specious concept of intersectionality, which posits that the Israeli-Palestinian conflict is fundamentally a dispute between “white supremacists” and “people of color.”

When Tlaib was asked about her position on Israel, she replied, “I grew up in Detroit where every single corner of the district is a reminder of the civil rights movement.”


When Tlaib was asked whether, once in Congress, she would vote to cut aid to Israel, she replied: “Absolutely. For me, US aid should be leverage.”….