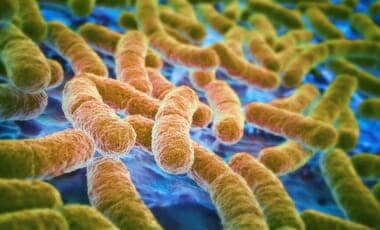 Imported from my old blog, which was itself imported from a 1999 forum debate. 20-years ago. It is a little rudimentary, but the format then was limited. I link many names of the people referenced for those curious. Almost all are evolutionists.

Question Posed To Me In A Previous Debate:

What about this example of bacteria resisting antibiotics? Actually, some bacteria possess a natural genetic capacity to resist certain antibiotics; mutations are not involved in these. Mutations cause a structural defect in ribosomes – the cellular constituents that antibiotics like streptomycin attach to. Since the antibiotic doesn’t connect with the misshapen ribosome, the bacterium is resistant.

Spetner: “We see then that the mutation reduces the specificity of the ribosome protein, and that means losing genetic information… Rather than say the bacterium gained resistance to the antibiotic, we would be more correct to say it lost its sensitivity to it. It lost information. The NDT [neo-Darwinian theory] is suppose to explain how the information of life has been built up by evolution… Information cannot be built up by mutations that lose it. A business can’t make money by losing it a little at a time.” (Dr. Spetner’s book was one of the first intelligent design oriented books I read [1997])

In other cases, some mutant bacteria, because they have defective membranes, don’t absorb nutrients well. Fortuitously for them, that inefficiency also prevents their absorbing antibiotics. And so, in this instance also, they survive better than their normal cousins. But the mutation did not make them stronger or create new information, or “evolve” to a higher state. Likewise, if the world’s light suddenly disappeared, blind people might have an advantage over others, since they were already accustomed to operating in darkness. Nevertheless, we cannot then interpret blindness as positive, or representing new information or evolutionary advance.

C.P. Martin, writing in American Scientist, made a similar point when he compared x-rays’ effects on the body to being kicked and beaten [nice family publication]:

“It is quite possible that violent knocking about might dislocate a man’s shoulder, and that continued knocking about might actually reduce the previous dislocation… no sane person would cite such a case as this to prove that the results of knocking a man about are not injuries; nor would anyone refer to the result as evidence that knocking a man about can produce an improvement over the normal man. For a truly progressive or evolutionary-apt mutation must result in an improvement over the normal condition. The truth is that there is no clear evidence of the existence of such helpful mutations. In natural populations endless millions of small and great genic differences exist, but there is no evidence that any arose by mutation.”

A more recent — what would be a “sister post” of sorts — is this: Antibiotic Resistance Evidence of “Devolution”

This statement and the evolutionary implications get into what Darwin himself believed while writing his original manifesto, that is – Lamarckism. Lets see what some evolutionary scientists had to say (excerpted from my vestigial organs post).

(Referring to a previous statement about the Panda) – were you there to see the Panda’s thumb change? Is there fossil proof for it (that could pass the Smithsonian Institutes tests [referring to the virulent rejection by the Smithsonian of the recent “feathered dinosaur” published by Natural Geographic])? Do genetic mutations back up the hypothesis?

I could equally say that an alien race came to earth and “tinkered” with rat till they got a Panda. I would have just as much proof as do evolutionists for the Panda evolving from a lower species, or higher (i.e. fish left the water to eventually become a cow, who, eventually went back to the water to become a whale – this is what evolutionary textbooks teach). I see all this as crazy! I say that I came from a cause greater than the universe and myself. Evolutionists say I came from a rock.

Take the human body, as a total system, is irreducibly complex. It is difficult to change one part without influencing others. The liver for example: it manufactures bile; detoxifies poisons and wastes; regulates storage and use of glucose, proteins, fats and vitamins; synthesizes blood clotting and immune system factors; and processes breakdown products of old blood cells. Or take the kidneys: they remove wastes through urine production; regulate the body’s water content and electrolytes (sodium, calcium, etc.); and support the adrenal glands, which secrete hormones such as adrenaline. Or the human heart: blood is pumped to from the right side of the heart to the lungs, where it receives oxygen; then back to the heart’s left side, which propels it to the rest of the body through more than 60,000 miles of vessels. The heart has four chambers; a system of valves prevents backflow into any of these; electrical impulses from a pacemaker control the hearts rhythm.

Rarely, babies are born with congenital heart disorders, making blood shunt to the wrong place. There is no known case of mutations improving circulation!Hemoglobin – the blood’s oxygen-carrying component – has over 40 mutant variants. NOT ONE transports oxygen as well as normal hemoglobin! Theodosius Dobzhansky, one of the twentieth centuries leading Darwinists, acknowledged this:

Dr. Goldschmidt would have known – he bread gypsy moths for twenty years and a million generations in various environments. All he ever got was more gypsy moths. Anyone who thinks that an accumulation of mutations (information-losing processes) can lead to Macroevolution (a massive net gain of information) “is like the merchant who lost a little money on every sale but thought he could make it up on volume.” (Spetner, 1997)