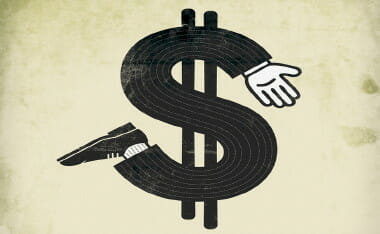 CNN’s Chris Cuomo made a statement today that we already knew to be true: 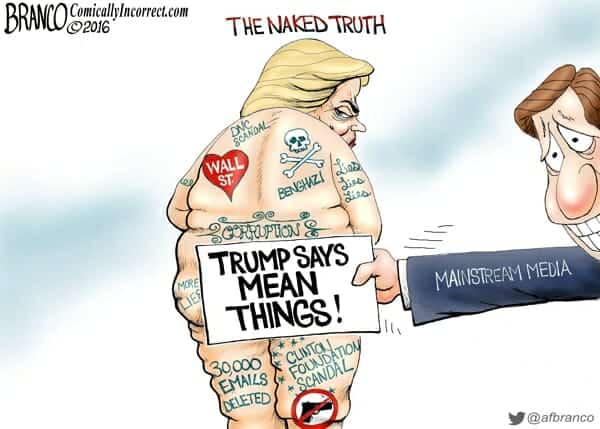 Bias is sometimes NOT providing all the pertinent information. For instance, in some of these reports, you would think Hillary is very charitable:

Chip Reid gave a detail during his report on CBS Evening News that the other networks overlooked — Mrs. Clinton’s book earnings:

CHIP REID: Hillary and Bill Clinton, filing jointly, made about $10.7 million last year. Most of it was speaking fees — $5.3 million for him, $1.5 million for her. She also got $3 million for her book, ‘Hard Choices.’ Their federal tax rate was 34.2 percent. They gave about a million dollars to charity — almost all of it to the Clinton Family Foundation, which is separate from the controversial Clinton Foundation.

Here is a better report:

On NBC Nightly News, Welker also mentioned the Clintons’ contributions to their own foundation. But instead of playing a clip of Senator Sanders, the correspondent played a soundbite of Mrs. Clinton’s talking point about her speech transcripts:

KRISTEN WELKER: The filings show the Clintons made a combined $10.7 million last year — far less than the $28 million they made the year before. They donated just over $1 million to charity — virtually all of it to the Clinton Foundation — and more than a half of the Clintons’ income from paid speeches — some of the same speeches she came under fire for during the primary for not releasing transcripts.

What I find interesting however, is not that the Clintons essentially gave over 96% of all their charitable giving to themselves…. but that the only other “charitable giving” — a $42,000 contribution was to Desert Classic Charities, that group hosts an annual PGA golf event. Soo nice! That isn’t the end of the story however:

Soo charitable of them.

Here is an interesting juxtaposition. Something Dennis Prager said last week that made me chuckle. He was mentioning media bias against Republicans and said that Mitt Romney lived the most upstanding life anyone could except for a person raised in an Iron Lung. He said that if you could malign such a man as Romney, you can malign anyone.

Which brings me to a story from long ago:

When the Obama campaign released past tax returns for Biden in 2008, it was revealed that the Bidens donated just $3,690 to charity over 10 years — an average of $369 a year.

The slightly longer video/audio of the below can be found here… I cut out the Benghazi commentary for this posting. This was originally uploaded to my MRCTV account in September 26, 2012:

Larry Elder leads off with small talk about Hollywood’s silence on censorship, he plays SNL’s skit about undecided voters (video included)…. Then “The Sage” settles into his forte… stats. Quoting liberal sources he dissects Jonathan Karl’s ABC report (video included) and the general lunacy of the legacy media in stacking the deck against Romney. Long, but worth listening to.

For stories related to this report from Jonathan, see NewsBusters: